The Drexel Veteran Alumni Network can give veteran alumni a sense of community as they rotate into civilian careers, says DVAN President Matt Pron, a former United States Marine. 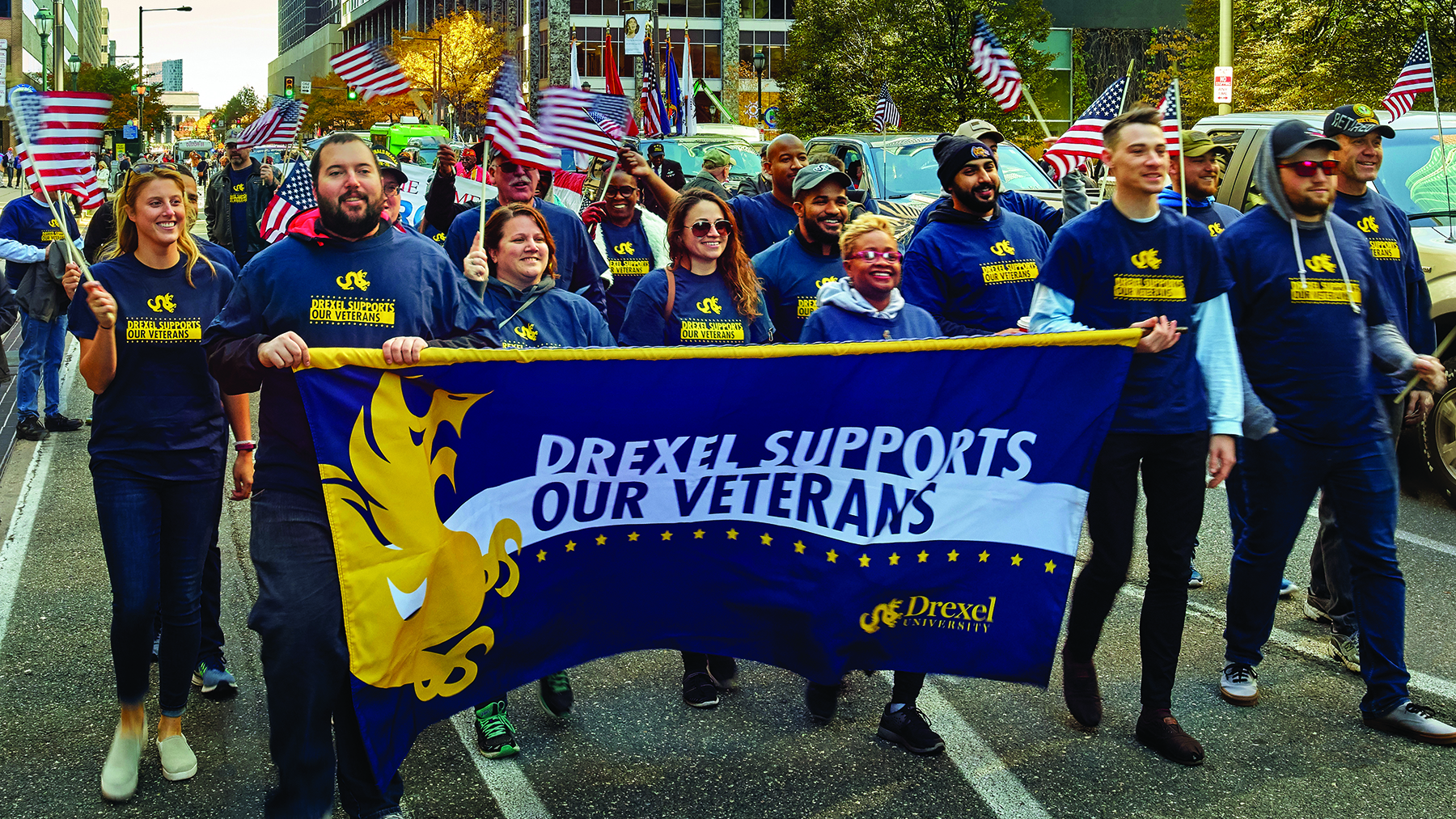 Drexel Veteran Alumni Network (DVAN), one of the University’s oldest alumni affinity groups, was created in 2012 to provide a support system for alumni veterans and their families, and it certainly played that role in Matthew Pron’s life.

“When I graduated, the transition into my career was not easy,” says Pron (BS finance ’16), network president. “The work environment that I was accustomed to in the military is significantly different from that of the corporate world. I thought that becoming involved with DVAN would help keep that sense of community intact for myself and other veterans after graduation.”

“When I graduated, the transition into my career was not easy. I thought that becoming involved with DVAN would help.”

Prior to attending Drexel, Pron served five years on active duty in the Marine Corps from 2009 to 2014. Following boot camp at Parris Island and infantry school, he joined the 3rd Fleet Anti-Terrorism Security Team known more commonly as FAST Company. While with FAST, his unit spent time conducting advanced security operations at Guantanamo Bay and also operated as a quick reaction force for U.S. embassies across the Middle East.

The Drexel Veteran Alumni Network LinkedIn group is a space where veteran alumni connect with each other to network, ask and answer questions, share events and programs that they are hosting or attending, and support each other. All active-duty and veteran service members in the Drexel community are invited to become members.

After his time in FAST Company, he received orders to 2nd Battalion, 1st Marines at Camp Pendleton. He became a scout swimmer for the small boat raid force with the 31st Marine Expeditionary Unit out of Okinawa, Japan. Pron was certified as an instructor in water survival and martial arts before receiving his honorable discharge in 2014.

A conversation with his father, Michael Pron ’82, about Drexel’s uncapped participation in the Yellow Ribbon Program solidified his decision to become a Dragon.

“Drexel’s participation in the program ensures that qualified veterans with Post 9-11 GI Bill benefits can attend the school without concern for the large gap between the price of admission and actual education costs covered by Veterans Affairs,” says Pron, who was pleased to take the reins at DVAN at 2018. “It was honestly the least I could do to give back to the school and community that has already played such a pivotal role in my life.”

“We host social and professional development events and provide mentoring opportunities that appeal to different types of people. The active members in our organization are all great people who I would have never met if I didn’t put myself out there and get involved with DVAN,” Pron adds. “I will always be grateful for everything Drexel has given me and do my best to give back in any way I can.”

To learn more about DVAN, and to find out ways to get involved, visit here. 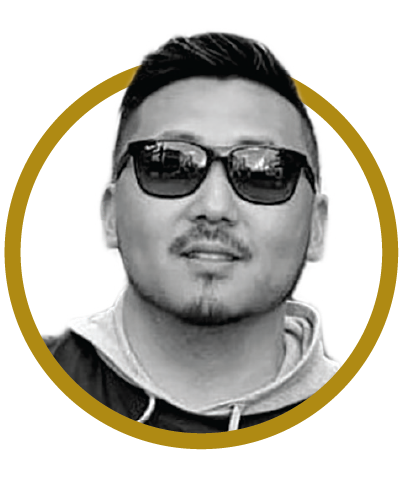 A veteran of the U.S. Navy, Stoffer is a medical assistant on the pediatric orthopedics unit at Nemours Children’s Hospital.

Q: How did Drexel help you navigate your return to civilian life after the military?

“The biggest challenge I faced transitioning back to civilian life was redefining myself, because I never planned on leaving the military. Second, I’m a veteran who suffers every day with depression and PTSD. Transitioning back to the civilian side, I welcomed the opportunity for new growth and development but assumed that there wouldn’t be the same support system that I had relied on.

My journey back into civilian life began as a series of challenging transitions. However, Drexel played a huge role during this point in my life since there were so many veteran-oriented programs in place. At the new Masci Family Veteran’s Lounge, I had the opportunity to connect with other veterans. [Assistant Vice President for Enrollment Management & Student Success] Rebecca Weidensaul championed and oversaw so many veteran programs, including the Drexel Veteran’s Association, Warrior Wednesday and countless networking opportunities with prospective employers like KPMG, Comcast and Lockheed Martin. Looking back, I faced several obstacles but, during my time at Drexel, I never felt like I had to battle them alone.” 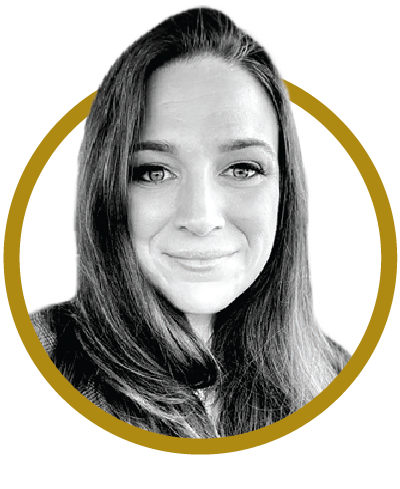 A veteran of the U.S. Army, Grubb is a registered nurse who works as a communications specialist at the Coatesville Veterans Administration Medical Center.

Q: How did Drexel help you navigate your return to civilian life after the military?

“My experiences transitioning from the military to civilian life were more challenging than I could have ever expected. The Army taught me how to be a soldier, but no one taught me how to be a civilian. When I came home from Afghanistan, I was 20 years old and ended up struggling and homeless. I had no clue how to proceed with my new life outside of the service, and it took me years to figure it out. As time passed and I learned to adjust, I realized that I needed to integrate who I was in the service into who I was becoming.

Drexel became a part of that balance for me. The educational opportunities have helped me to become the best version of myself. It simultaneously provided a connection to other veterans that is vital to me. Drexel has truly helped me by honoring my service, creating unique relationships that I can cultivate with other veterans and providing an educational environment that honors all parts of who I am — including my post-traumatic stress.” 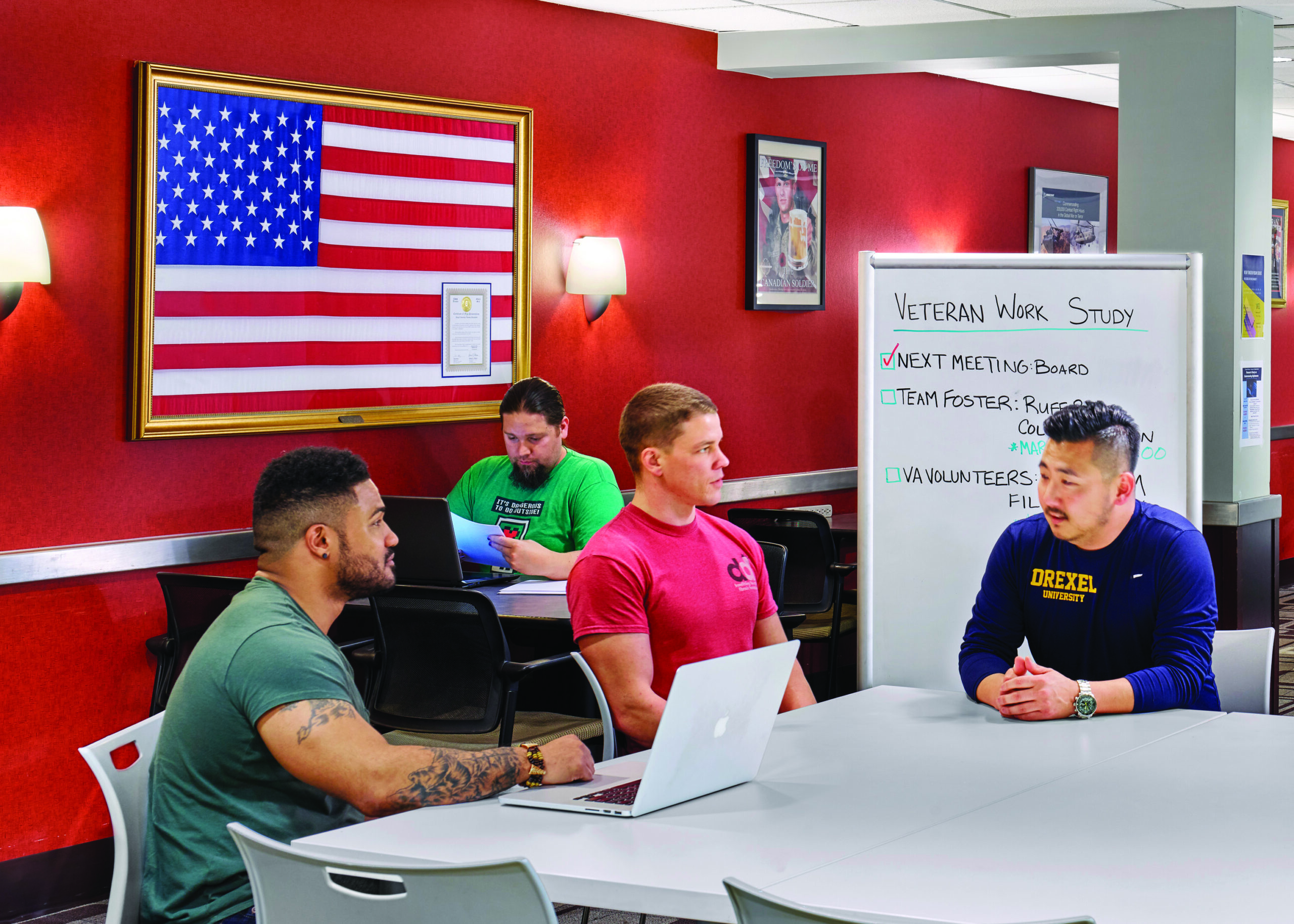 Thomas A. Masci established the Masci Family Student Veterans Lounge as a place for student vets to gather and feel at home on campus.

Should you speak with Tom Masci Jr. ’68, you immediately sense that he loves bringing people together, takes pride in helping others and cares deeply about Drexel, which played a pivotal role in his life.

Masci has been a champion for numerous programs that serve students. Commuter and accounting services are priorities for Masci, yet most of his support goes toward Drexel’s Center for Military and Veteran Services. As a U.S. Army veteran, it’s the cause closest to his heart.

“My late wife, Ellen, was very much a supporter of veterans,” says Masci. “Giving back to the people who made sacrifices or gave their lives for our freedoms feels like a bonus.”

His generosity established the Masci Veterans Student Resource Center and supported courses that help returning veterans transition into college life. He also provides salary funding for a Student Veteran Ambassador, who advocates for the evolving needs of the student veteran community. A more recent gift funded the renovation of the Masci Family Student Veterans Lounge in 2019.

Masci was pleased to give breathing room to a space that was once small and noisy.

“Now they have a comfortable, nice-sized place to study or get together socially,” he says. “I feel good knowing that it will be taken care of, year after year.”

The old space was cut off from the campus community, according to Rebecca Weidensaul ’95, ’01, the assistant vice president of enrollment and student success who oversees the Center for Military and Veteran Services.

“Now, it’s in the student center and a dedicated space where student veterans can feel at home and have a sense of belonging and pride,” Weidensaul says. “Looking ahead, Tom’s support will continue to enhance the lounge with new amenities like a cantina space, updated technologies and funding to ensure the programmatic offerings continue to bring people together at a time when it is much needed.”

Student veterans gravitate to Masci because of his openness and willingness to share life lessons, Weidensaul adds.

Thanks to his generous spirit and his pride in his family, military career and education, Drexel and its students will benefit for years to come. — Meghan Goff