It can take an inventor years to receive an official U.S. patent, usually represented by a seven-digit number (patents pending like this one have eight). But the full story behind most patents is much longer. Adam Fontecchio’s long-time love of technology and art has come together in a one-inch-by-one-inch square that fits in the palm of his hand. This tiny stack of thin films opens a game-changing world of possibilities for cameras and smartphones, and this is the story of how it came to be.

Caption: The filters are made with polymer liquid crystal composite materials that can reflect a specific wavelength. 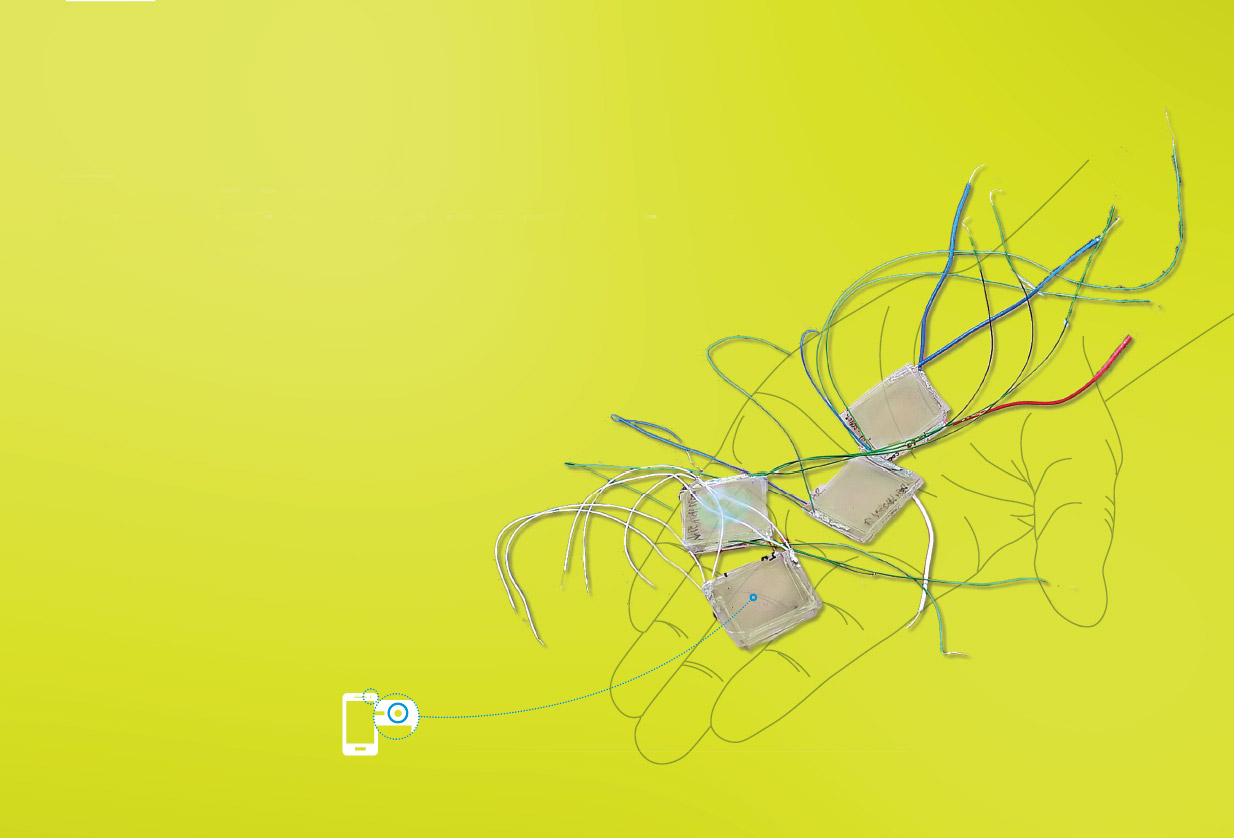 Imagine you could snap a photo with your smartphone in the grocery store to gauge the ripeness of a cantaloupe or the freshness of meat. Imagine an airport security officer using a camera to detect if someone has handled explosives or a soldier equipped with special rifle sites that “see” through camouflage to zero in on a target.

The reality is, this technology already exists. But Drexel’s Adam Fontecchio and his team have found a way to compress it into the size of a postage stamp. He calls the invention “electrically tunable filters for hyperspectral imaging,” and it could soon be inside cameras and smartphones everywhere.

“I’m hoping within the next 24 months,” says Fontecchio, an engineering professor and director of the Drexel Nanophotonics+ Lab.

Standard cameras and smart- phones capture and display only red, green and blue, the three colors visible to the human eye. Fontecchio’s filters — which consist of stacks of very thin films — allow one to see in between and beyond those colors, and even to detect chemicals.

“This system uses polymer liquid crystal composite mate- rials, and it’s different than any other liquid crystal device on the market,” Fontecchio says. “We designed a structure inside our films that acts like a mirror; it reflects a particular wavelength of light. We don’t use a backlight; we use whatever light is in the room. And so we are no longer locked to red, green and blue — we can make any wavelength in the spectrum.”

The possibilities are tremendous. For example, a surveillance system on a satellite scanning the surface of a jungle will have difficulty detecting military equipment camouflaged under green foliage. But Fontecchio’s finer-resolution filters can be built at the exact wavelength of chlorophyll. “We can take an image, flip on the layer that filters out chlorophyll, and now the tank is right there,” he explains.

The filters’ chemical analysis applications are particularly exciting, Fontecchio says. “By taking a sequence of images at all these other wavelengths in the spectrum, you can detect a material’s chemical optical signature and start to see things that aren’t visible to the naked eye.”

Fontecchio and his team didn’t invent the concept of hyperspectral imaging, which has been around for about 20 years. But most devices are large. “Our filters are very thin — typically 10 microns thick — which means if we want to make 40 layers of different wavelengths, we can do that in less than one millimeter,” he says. Perfect for today’s wearable devices.

Fontecchio has spent the past 10 years perfecting the technology with more than $10 million in support from the Department of the Army, the Department of Energy, NASA, the National Science Foundation and private industry. He has an entire portfolio of patents pending and he’ll soon be the CTO of DragonSpectral, a company that will launch this year in partnership with Drexel’s Office of Technology Commercialization.

He’s ready for the next step, and it’s going to be big.