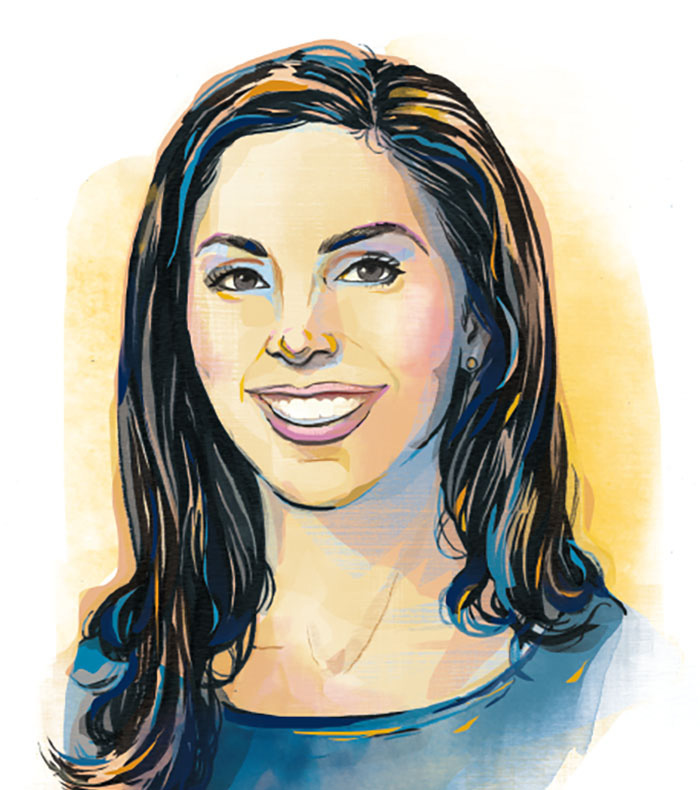 The presidential race last year was a gift for Ronica Cleary, a Fox affiliate political reporter in the nation’s capital.

The Drexel experience touches every aspect of Ronica Cleary’s life, personally and professionally.

“My father got his master’s degree here, so I’m a legacy, and a graduate,” she says. “I’ve been a student, an employee and an adjunct professor teaching public speaking. Drexel has always been a positive force in my life. The connection is just undeniable.” She leveraged her 2007 master’s degree in public communication to become a broadcast reporter in a string of large, competitive markets. She spent three years at “Chasing News,” a nightly news program that airs on Fox 5 NYC, Fox 29 PHL and My9NJ, before moving on to her present job, covering politics for Fox 5 DC.

For Cleary, the contentious and quirky presidential race gave her the chance to engage in what she calls the most challenging and also the most satisfying aspect of her work: Taking vast volumes of jumbled information and helping to make sense of it.

“I get to go to these events that politicians hold that may be an hour or 90 minutes long, and then I have the responsibility to decide what the viewer hears in a three-minute story,” she says. “As I have looked at what other reporters choose to include or not include, it has really opened my eyes to the power of journalism and the importance of doing it well.”

“Doing it well” means more than just being factually correct. As a political reporter, she is constantly challenging herself to be as fair and evenhanded as possible in her coverage. “It is about acknowledging that you bring things to the table — we all do. It means constantly reflecting on your work,” she says. “It’s very easy to just assume that you are being as unbiased as possible. But you need to constantly evaluate your work, to get feedback from people you trust. Anyone who thinks they are perfect at this is fooling themselves.”

Even after the election ended, at a time when many Americans were experiencing a degree of political fatigue, Cleary’s enthusiasm has remained undimmed.

“I love politics!” she says. “It makes you a part of the conversation about the future. Here I am not just watching it but contributing to that conversation, I am adding to the discourse. That is a dream come true and it’s a tremendous honor.” — Adam Stone