The State of the Union

Three Drexel experts weigh in on the issue of compensation for student-athletes. 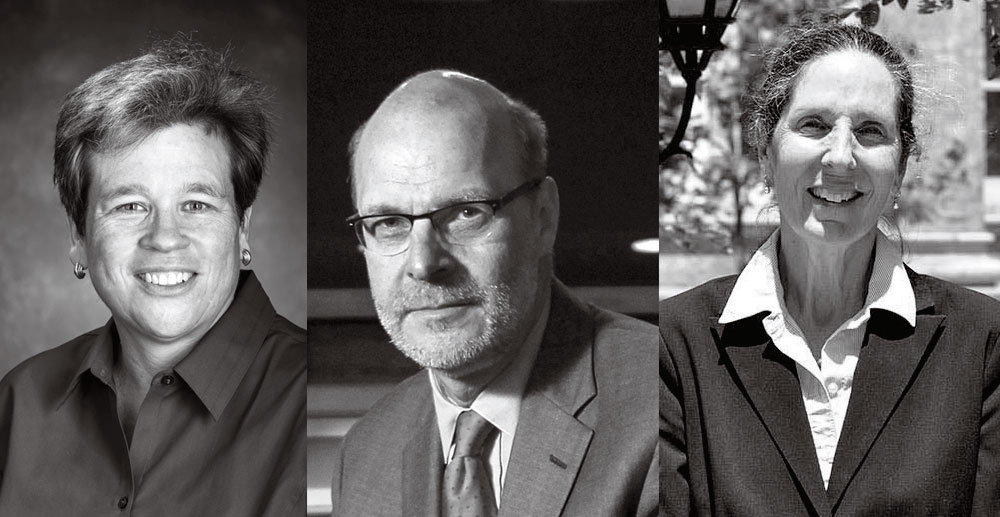 The State of the Union

Earlier this year, a group of football players from Northwestern University were told that, yes, they should be considered school employees and that they had the right to form unions, in a landmark ruling by the National Labor Relations Board (NLRB) in their favor.

Drexel Magazine looked to three experts — Drexel Athletics Director Eric Zillmer; Ellen Staurowsky, a sport management professor and internationally recognized expert in social justice in sport; and Karen Weaver, an associate clinical professor in the Department of Sport Management — to learn more about the ruling’s impact on college sports and on how it may (or may not) play out at Drexel.

Can you tell us a little more about this case and what will happen next?

Ellen Staurowsky: In March, (NLRB) Regional Director Peter Sung Ohr determined that Northwestern University football players were employees with the right to organize and collectively bargain under the National Labor Relations Act. According to common law, an employee is “a person who performs services for another under contract for hire, subject to the other’s control or right of control and in return for payment.” Matching up the terms and conditions under which football players on full scholarship worked at Northwestern, Ohr concluded that players did provide valuable services in support of a football program that generated $235 million for the university between the years 2003 and 2012.

He also found that players were under “strict and exacting control by their Employer throughout the entire year,” putting in 40 to 60 hours per week as football players, and being subjected to rules and regulations governing nearly every aspect of their lives; and that players were identified and compensated on the basis of their athletic talents.

In the aftermath, Northwestern appealed the ruling, agreeing that the request for review raised substantive issues that warranted closer examination. In response to an invitation for interested parties to submit briefs addressing issues raised in the case, 24 amici briefs were filed. Those supporting Northwestern University take exception to several key aspects of the decision, most notably that athletes are primarily students rather than employees. Those supporting the players argue that NCAA rules have been designed expressly to deny full scholarship athletes their status as workers for the purposes of controlling player costs and the labor force overall.

There may be more litigation to follow, with the possibility that the case could go to the U.S. Supreme Court. While this ruling applies only to Northwestern, it has implications for other private colleges and universities. The ruling does not have a direct impact on football programs offered at public institutions. But, players at those institutions could seek similar remedies under state labor laws.

Should the Northwestern players prevail, schools would need to deal with the consequences. Opponents of the idea that student-athletes on full scholarship who are connected to a viable market are employees argue that chaos would reign because the NLRA applies only to private institutions. But there is likelihood that NCAA Division I rules would be modified to reflect the ruling.

Karen Weaver: The Power 5 conferences, comprised of the Big Ten, the Pac 12, the SEC, the ACC and the Big 12, are determined to address the issues raised by the Northwestern players in order to minimize the impact of many of the legal concerns. Flush with new money from the Division I Football National Championship beginning in 2014-15 (around $250 million), these 65 schools feel strongly that they can now adopt many of the student-athlete welfare concerns that are relevant to the Northwestern football players.

Already, indications exist that, in addition to providing student-athletes their full scholarships, institutions will be granted relief within the NCAA rules this year to: raise the value of the scholarship to include full cost of attendance ($2,000-$5,000 more per athlete per year); addressing the issue of concussions and “return to play” protocols to better protect student-athletes; develop degree completion guarantees that deliver on the promise to earn a college degree even if the athlete completes his or her eligibility and is short of credits; and guarantee four-year scholarships, so that a student-athlete would not have to worry about a non-renewal during his or her collegiate career.

This past March, the NCAA allowed Division I schools to begin providing unlimited access to cafeterias and nutrition bars for athletes who consume 6,000-8,000 calories per day while training. The specter of student-athletes going to sleep hungry because three meals a day weren’t enough became a public relations nightmare for the NCAA. The average cost of these expanded training tables is $1.3 million per school in new money, every year.

All of these changes that the Power 5 conferences want to make sound reasonable to the casual observer—why wouldn’t a parent of a high-profile student-athlete want this for their son or daughter? And if the schools have the money from the Football National Championship, then shouldn’t they do the right thing and invest it back into student-athletes?

Agreed… to a point. These changes will cost a substantial amount of money. And while the Power 5 schools will have a new revenue stream, the other Division I schools (of which Drexel is one) may not. The NCAA does not divide money amongst schools equally, and these changes will only exacerbate the differences between the haves and the have-nots.

We are rightly proud of the exceptional achievements of all of the Drexel teams. But, even with the exceptional coaches that Drexel has, it will be hard to overcome the recruiting advantage other Division I schools will gain beginning in 2015.

While we don’t have a football team, we do have 471 student-athletes who participate in 18 intercollegiate sports. What are your thoughts on the concept of paying student-athletes?

Eric Zillmer: Our student-athletes are not employees. They are first and foremost matriculated at Drexel University to obtain a first-rate education that will enable them to obtain life and professional skills to succeed in the global world. A great majority of Drexel students-athletes turn “pro” in something other than sports — they become doctors, researchers, entrepreneurs and educators. Athletics are merely a part of what the University provides to its students to make them more complete leaders and citizens. There is simply little merit to the proposition that scholarship student-athletes of any kind are employees. I am confident that we will ultimately see this decision reversed.

The mission of Drexel Athletics is to generate “Drexel pride” through athletic excellence. We focus on exactly that — athletic excellence, but not winning at all cost. We create a positive, winning environment and introduce athletics and sports into the fabric of the University.