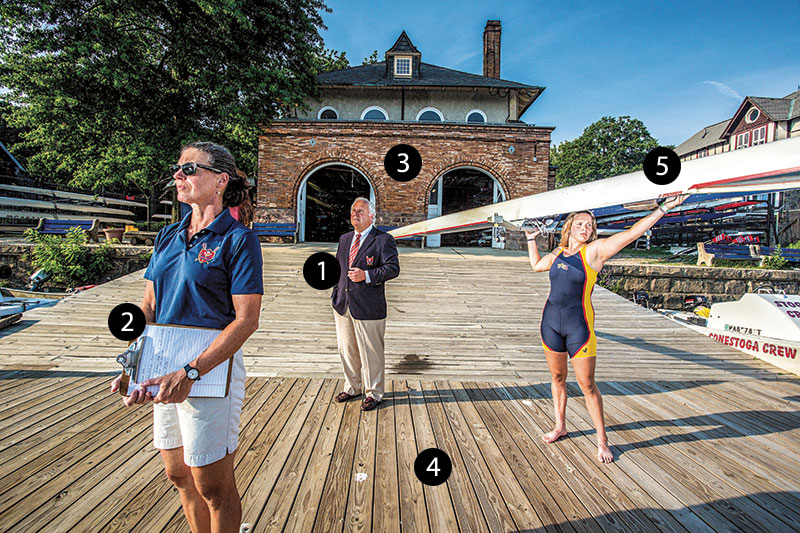 Bachelors Barge Club wasn’t exactly sinking when Drexel’s rowing team moved into the historic structure four years ago, but it was beginning to list.

The stately brick building on Kelly Drive also known as Boathouse No. 6 had been experiencing structural stress and the interior needed a reprieve from rough treatment by the hundreds of high school rowers who passed through every season. “We realized we were just kind of treading water,” recalls Margaret Gordon, the manager of the 160-year-old club. “For Bachelors to have a future and the building to be standing for another 50 years, something drastic needed to happen.”

Drexel needed help, too. The University’s rowers were living like renters in the Pennsylvania Barge Club boathouse a few doors down, and they wanted a home.

In 2008, a deal was brokered: Drexel signed a 50-year lease that established it as Bachelors Barge’s main tenant and in exchange, Drexel gave the club $500,000 to restore and maintain the boathouse for the future. Earlier this year, Drexel deepened its involvement. The University now manages the facility, handling everything from technology to toilet paper.

The arrangement has been good for Drexel crew, good for Boathouse Row and good for local recreationalists.