Just a Matter of Time?

A Drexel law professor believes Pennsylvania could be the next state to challenge laws prohibiting gay marriage — with success. 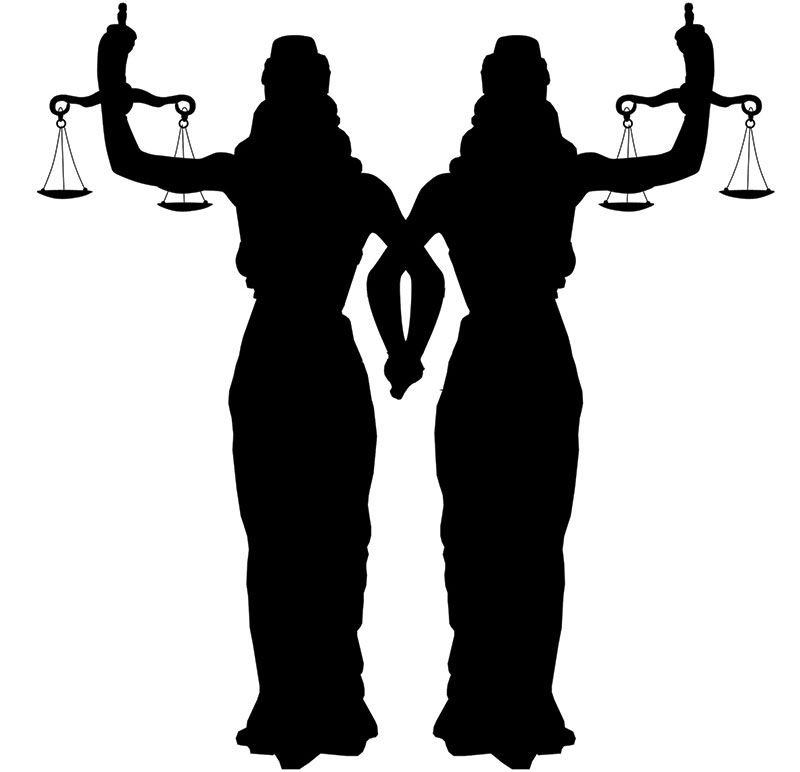 Just a Matter of Time?

The U.S. Supreme Court’s decision in June to strike down part of the Defense of Marriage Act granted certain federal benefits to legally married same-sex couples, but it wasn’t the end of the struggle for marriage equality in states that have yet to legalize gay marriage, including Pennsylvania.

The Supreme Court’s ruling in the same week on the California case of Hollingsworth v. Perry concluded on technical grounds that left the basic constitutional question at the heart of the case — whether states can ban same-sex marriage — untested.

A more definitive challenge of state same-sex marriage bans may be coming soon — and according to Drexel law professor David S. Cohen, it may happen next here in Pennsylvania.

Cohen, an associate professor in the Earle Mack School of Law, is representing a group of clients in a same-sex marriage suit that could play a role in a larger legal confrontation in Pennsylvania, which has had its own Defense of Marriage Act on the books since 1996.

Putting Pennsylvania to the test

It’s a straight-forward case like California’s recent lawsuit, says Cohen, except in this instance, Republican Gov. Tom Corbett is defending the law.

Why is that significant? Because Corbett has legal standing to defend the law. In the California case, state politicians refused to defend Proposition 8, the California ballot initiative that declared gay marriage unconstitutional. Instead, the petitioners who put Prop 8 on the ballot stepped forward to defend it in court. But the Supreme Court ruled that the petitioners didn’t have legal standing to challenge a lower court’s decision that invalidated Prop 8, because the proposition did not inflict personal or tangible harm on them — and now Prop 8 is history.

Just as in California, some Pennsylvania politicians, like Attorney General Kathleen Kane, are rejecting the state’s defense of marriage law because they believe it contradicts rights enshrined in the Constitution.
In an act of political civil disobedience, Montgomery County Register of Wills D. Bruce Hanes began issuing marriage licenses to same-sex couples just weeks after the Supreme Court’s decision.

But Corbett isn’t giving in.

He sued in Commonwealth Court to prevent Hanes from issuing marriage licenses to same-sex couples.

In early September, a judge ordered Hanes to stop issuing the licenses and also denied the newly married couples the motion to intervene. Hanes appealed the decision to the Pennsylvania Supreme Court in early October.

“I still believe what Hanes did was right,” Cohen says. “And he’s got a winning case; this is just a bump in the road.”
That is, as long as the state Supreme Court decides to hear it.

In the meantime, the 174 couples that Hanes granted marriage licenses to are in limbo, Cohen says. Are they, well, married?

Corbett says they’re not, and so does the Department of Health, which filed papers to that effect. The couples say they are. And so does Cohen. He’s representing 21 of the couples in court with Philadelphia-based law firm Dechert.
In mid-September, Cohen’s clients filed their own action claiming that their marriage licenses are valid. That move came out with a bang, as it was the same week that a same-sex couple, married in Massachusetts, asked federal court to force Pennsylvania to recognize their marriage — and all 600 of the marriage-related state benefits they’re missing out on.

Cohen believes that any one of these lawsuits has a high probability, although it’s not inevitable, of legalizing gay marriage.

“The law either needs to be found unconstitutional in court or to be changed by the legislature,” Cohen explains. “Given Pennsylvania’s current legislators, it’s more likely for the law to change if it’s through the court than the legislature, right now at least.”

Cohen notes that the federal judge selected to preside over the ACLU case, although Republican, doesn’t always take a conservative stance in court. In 2005, for example, Judge John E. Jones ruled it was unconstitutional to teach the theory of intelligent design in Dover Area School District science classes.

“Being a Republican, but ruling no intelligent design, he’s considered independent-minded and by all accounts very smart and thorough,” Cohen says. “I don’t know enough about him to know how he is going to think about the constitutional issues around same-sex marriage, though. I think any independent and fair-minded judge should find that the law is unconstitutional because I believe it clearly is, but that doesn’t always work out that way.”

Corbett’s uncertain political fortunes could also influence the outcome, says Cohen. Federal judges sometimes work at a slower pace, Cohen says, and there’s no telling whether Jones will decide the ACLU case before next November — when Corbett’s up for reelection.

“I bet that the people who believe in same-sex marriage, which is the majority of Pennsylvanians, already don’t like him,” Cohen says. “Corbett’s pretty politically unpopular right now. It would take something drastic, I think, between now and next November for him to become more popular, or popular enough to win reelection.”

“Now he has to take his conservative position on this and defend it, but that’s going to make him go against the grain in Pennsylvania,” Cohen explains. “The best case for him would be for a court today to find that the law is unconstitutional, allow same-sex marriage in Pennsylvania and then the issue disappear by next November. These cases lingering are going to just make him have to continue to defend it and that’s just digging himself deeper.”

In late August, Corbett was caught in an uproar after his attorneys compared same-sex unions to 12-year-olds getting married, in a legal brief.

“When I read that, I knew it was going to be a problem for the state,” Cohen says. “It’s insulting. It may be a legally accurate comparison…but as a matter of public perception, it’s horrible and it’s offensive because it compares adults in loving relationships to 12-year-olds.”

The state was ridiculed for the mishap in the national press, and Corbett issued a corrective statement.
“But the damage was done,” Cohen says.

The governor sparked more headlines in October when he appeared to compare gay marriage to incest.
“It’s likely things like this might keep coming up because I don’t think there are any serious arguments, morally or legally, against same-sex marriage,” says Cohen. “So they’re going to have to fall back on arguments that don’t make sense.”

If any of the cases aren’t resolved by next November, and if Corbett isn’t reelected, and if he’s succeeded by a governor in favor of same-sex marriage, Cohen says there’s a chance Pennsylvania could have a punted decision similar to the Hollingsworth v. Perry case in California. But, that would happen only if the Pennsylvania governor, attorney general and county clerks involved all refuse to defend the state’s Defense of Marriage Act in court, as happened in California.

In the meantime, Cohen is staying positive for his clients, while giving the best possible legal advice he can. He’s hopeful the recent milestones throughout the state and the nation will keep pushing everyone in the direction toward more equality.

“This is such a fast-changing area of law that has produced huge momentum over the past 15 years,” Cohen says. “What’s happening in Pennsylvania is very interesting, but it’s not surprising if you look at the map of states that have allowed same-sex marriage.”