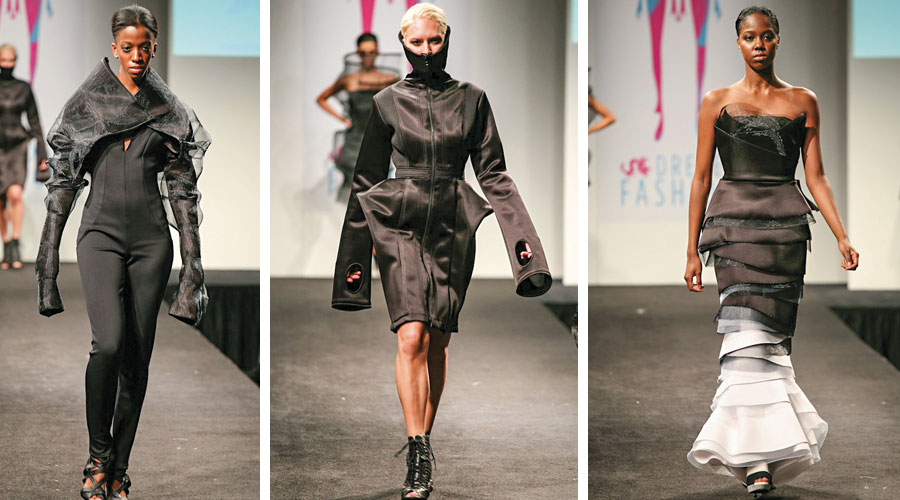 Luckily for Kristy Jost, ’11, black is always chic. The fashion designer pursuing a materials science doctorate works with plenty of charcoal powder — a key ingredient in her drive to develop “fabric batteries” that she hopes will one day power runway-worthy smart garments and more.

“All of this has military applications,” says Jost, 24, stylish in tortoise-rimmed glasses and a scarf looped around her neck. Her research fellowship is funded through the U.S. Department of Defense.

Fabric batteries — essentially supercapacitors made of non-toxic, flexible textiles — are electrical energy-storing devices that can operate small electronics, such as iPhones. For the military, that could translate into Under Armour-style garments capable of tracking soldiers and monitoring vitals.

Currently, that type of surveillance requires a bulky battery pack that weighs about 12 pounds and takes up the space of the typical engineering textbook. Even reducing that load by a few ounces could have significant impact on missions, Jost points out.

Kristy Jost explains the production process behind her energy-storing fabrics.

Commercial uses also are abundant. In fact, smart garments that feel and function like fabric but have built in abilities, such as sensing or heating, already exist. The challenge is how to power these textile devices, short of big batteries or trailing electrical cords that plug into the wall.

“There are no real fabric electronics right now,” Jost says. Her research is breaking ground on ways to integrate energy storage seamlessly into garments that can be manufactured through methods already widely used in the apparel industry.
To that end, in 2010 Jost became the first Drexel student to complete a co-op between the Westphal College of Media Arts & Design and the College of Engineering. Working with advisers Yury Gogotsi, director of the A.J. Drexel Nanotechnology Institute, and Genevieve Dion, director of the Haute Tech Lab, she developed ink made of inexpensive activated carbon, which is derived from pinewood trees or coconut shells. The porous activated carbon has a large surface area for energy storage — just one teaspoon of it is equal to a football field in area. The unique ink was used to screen print a square, just like any other fashion design, onto woven cotton or polyester fabrics.

Once embedded with the capacitive material, the textile was sandwiched with another piece of carbon fabric. The two layers — one charged positively, one negatively — were soaked in an electrolyte, which contained positive and negative atoms, or ions, and bound together. Voila! It was a device that could be charged like a conventional battery — or perhaps wirelessly, or charged with wearable solar panels or sheer human movement.

“Opposites attract,” explains Jost, who presented her work in Nice, France, in September 2010, and was published in the journal Energy and Environmental Science in 2011. “That’s the reason it works.”

While being charged, the carbon fabric, which contains electrodes, attracts the oppositely charged ions, which keep the electricity in the device. 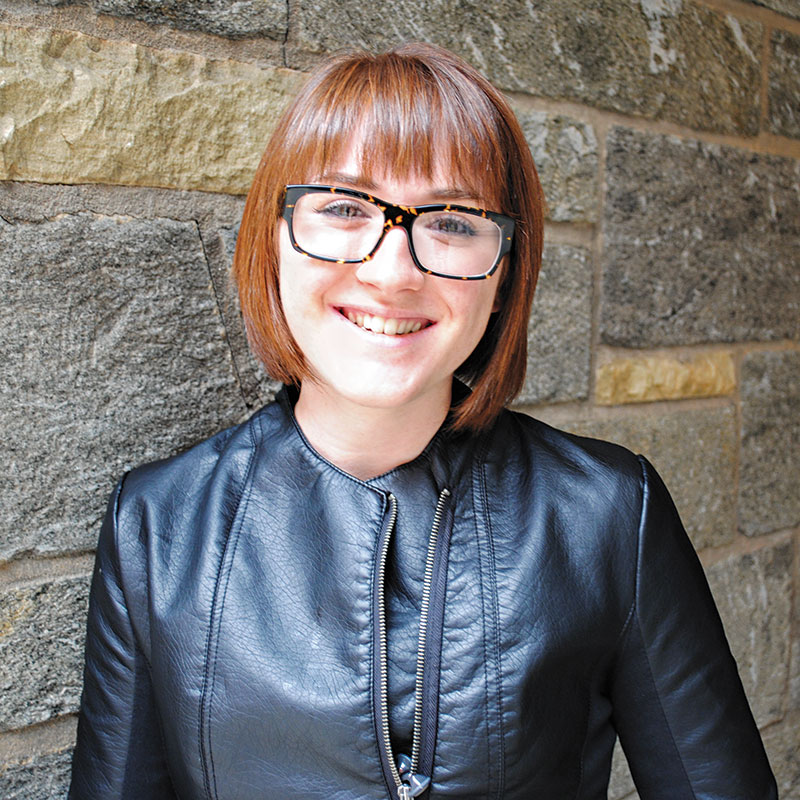 “I think fabric electronics are going to be very popular. Fashion designers love the idea of really transforming clothes. That was my initial fascination. I think eventually we’ll get there.”

How much power can smart fabric store? Jost estimates that a 1,000-square-centimeter knitted swatch of her product could power an iPhone for one hour of talk time. While smart fabric supercapacitors provide less energy than conventional batteries, they are considered safer, can last hundreds of thousands of cycles and charge in a matter of seconds, she says.

More recently, Jost began using a backbone of highly conductive carbon fibers, which is then screen printed with the carbon ink. This device can store even more energy, comparable to conventional hard supercapacitors, she notes in a paper that was published in Energy and Environmental Science earlier this year.

The next iteration involves developing new carbon yarns that further improve the capacitor load and would make mass production simpler.

At the Nanomaterials Lab (“This is where I get to be a mad scientist,” she says), Jost pulls a sample swatch from a three-inch thick, white binder full of test fabric bits and snippets of yarn, labeled and stored in plastic sleeves.

A square of a knitted capacitor in wool is pulled from the binder. “The reason we knit it with wool is because it’s fire resistant, if anything were to spark for any reason,” she says with a smile. For the record, it’s unlikely. The piece was produced on the impressive digital knitting machines at the Haute Tech Lab, three blocks west of Drexel’s Nanotechnology Institute.

“We’re closing in on the Holy Grail,” she says. “We want to knit your garment and be done. There’s no additional processing after the fact in this new work.”

Dion notes that one of Jost’s assets is the unusual perspective she brings to her research. “Her strength is being trained as a designer,” she says. “That’s a different approach to engineering.” In other words, Jost not only cares about the electrochemistry of her fabric, but also whether it’s aesthetically pleasing, comfortable — and easy to wash. (Now, that’s smart.)

At conferences, other scientists often puzzle over her background. “People always go, you were what?” she says.
But Jost’s combination of seams and supercapacitors makes perfect sense. She’s been designing clothes (her Barbie dolls looked like fashionistas) and putting on shows since she was a child growing up in West Philadelphia and Havertown and her grandmother gave her scraps of fabric.

When she wasn’t sewing, she was concocting brews, raiding her mother’s spice rack for ingredients. She also recalls fondly a pulley system she constructed to turn the light off and on from her bed.

During her sophomore year at Drexel, the then–fashion design major discovered the designer Hussein Chalayan and his 2007 spring collection of smart garments. Imagine a Victorian gown transformed into a flapper dress. Fringes popped onto hemlines. Long sleeves turned short.

Jost was completely enraptured. “If he could do that, what else could you do?”
she wondered.

Around the same time, a class assignment had students incorporate technology into their designs. Most envisioned pockets for iPods or holders for medical devices.

“I took it very literally,” she says. “I made a big ball gown covered in polka dots, but all the polka dots were speakers. It was a musical clap-on dress. You walked in and the party would start.”

She wanted to make that dress for real — and found her way through word of mouth to Gogotsi. Alas, reality soon hit. None of the components to make a multimedia gown existed in fabric. It turned out that Chalayan’s collection was powered by motor-lined corsets, which took away some of the magic of it all, she says.

“I thought it would be something different, something new and more interesting,” she says.

And so began her co-op and interest in materials science. Her senior collection was inspired by the shape and structure of carbon nanotubes and used futuristic neoprene and nylon mesh. After she graduated in 2011 with her bachelor’s, she continued her research as a doctoral candidate.