A Drexel public health project crosses the river to Camden to collect poignant self-portraits of mothers struggling to feed their families. 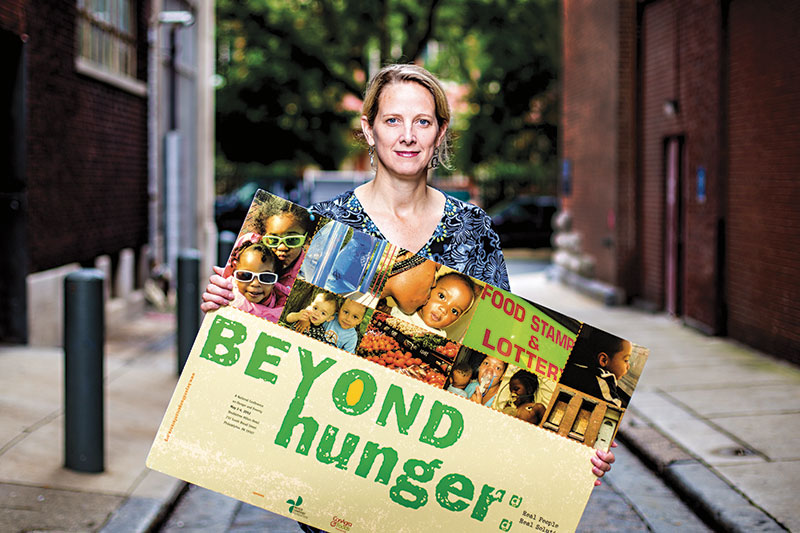 “Women who experience hunger and poverty firsthand are the true experts. [They tell us] how their struggles are shaped by complex systems of
low wages, housing challenges and public-assistance programs.”

Camden. The bleakest headlines often name this New Jersey city one of America’s most impoverished and most dangerous — a hopeless place. But while hunger and poverty have long been part of the nation’s conversation about the city, rarely do Camden residents speak for themselves.

That is, not until January of this year, when 10 women took up digital cameras to share their stories about the challenges of making sure their families always have enough to eat.

The women are the newest members of the Witnesses to Hunger community research and advocacy project based at Drexel’s School of Public Health. Through their personal stories, the women hope to combat childhood hunger by raising awareness about food insecurity in Camden.

Meet Mariana Chilton and some of the mothers participating in the Witnesses to Hunger project.

Their photos and testimonies were exhibited in June at the headquarters of the Campbell Soup Co. in Camden. Campbell provided funding for the project as part of its $10 million, 10-year healthy communities program, which is working to reduce by half childhood hunger and obesity in Camden.

“The witnesses’ photographs not only elevate the discussion on hunger and food access in Camden, but also give a voice to our community members who experience hunger daily,” said Kim Fortunato, Campbell’s director, healthy communities.

The exhibit opened to the public in September at Gallery Eleven One on Front Street in Camden.

In the exhibit, parents gave “witness” to their experiences with food insecurity and homelessness, the welfare system, employment and education, and violence and safety in Camden.

Many expressed feelings of despair about the decline of the city they love and a desire to break the cycle of poverty and do something positive for Camden.

“I think a lot of people lost hope in Camden,” said Beatrize C., a working mother with a young son. “I haven’t, so that’s why I’m doing Witnesses to Hunger. It feels like this program has some type of hope for Camden. If it just changes a little bit of Camden, then I feel like it was a successful program.” 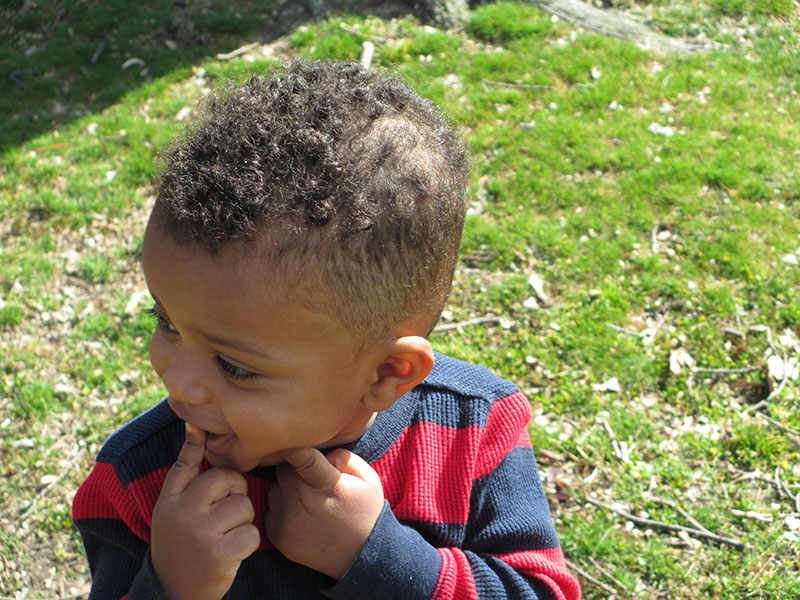 Witnesses to Hunger was developed in 2008 by Mariana Chilton, an associate professor and director of the Center for Hunger-Free Communities at Drexel, to document the complex issues surrounding food insecurity, poverty and children’s health.

Her aim is to encourage firsthand participation of people who are confronting those issues in their day-to-
day lives.

Initially, the program launched with 42 women in Philadelphia. It has since grown to include groups of witnesses across the state of Pennsylvania and in Boston and Baltimore.

Camden became the fourth official program site in January. The Center for Hunger-Free Communities partnered with a Campbell Healthy Communities site, Respond Inc., to recruit parents to the program.

“We’re excited to bring Witnesses as a homecoming of sorts to Philadelphia’s urban neighbor across the river,” Chilton said. “The Witnesses in Camden have shown us that many of their struggles are universal, and very similar to the experiences of people in Philadelphia, Boston, Baltimore and across the nation.”

The project has helped draw attention to the problem of childhood hunger. In 2009, Chilton and a group of witnesses traveled to Washington, D.C., where they testified before legislators and displayed their photos at the nation’s capital. One woman, a young single mother named Barbie Izquierdo, was also selected to be a protagonist in a documentary film, “A Place at the Table,” which chronicles three individuals’ stories to bring to light the hidden realities of hunger in America.

The film premiered in March in theaters, on iTunes and On Demand and is also now available through Netflix.
The hope of everyone involved in the project is that these efforts will inform policymakers by putting faces to the issue.