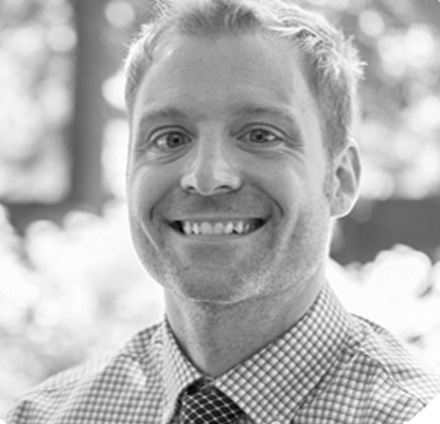 Patrick Williams’ employer considers him an “unsung hero,” who tackles the nuts-and-bolts problems of connecting utilities, managing stormwater runoff and ensuring ground stability — all essential to successful construction projects. So says his nomination for this list, written by Philadelphia-headquartered Urban Engineers’ President and CEO Kenneth R. Fulmer. Currently, Williams is overseeing an innovative, $80 million regional project to create a shared maintenance facility hub for Dallas Area Rapid Transit and other transit authorities. One of his first projects as a young professional is still a point of pride: At the Philadelphia International Airport, he worked on runway, taxiway and stormwater management best practices. Then in 2013, he returned to the airport for an intricate, multi-phase project that required drilling under an active runway. In 2017, Williams was tapped to lead the firm’s Southwest expansion, and relocated to the Dallas/Fort Worth area. Ever the problem solver, he stepped up to tackle community issues when he saw people suffering from the economic effects of the pandemic. Last year as COVID-19 hit many hard, Williams started a nonprofit called Awareness Inc. that has helped to feed hundreds of homeless and low-income families in North Texas. It wasn’t his first time jumping into a cause; eight years earlier, he co-founded Young Friends of Independence National Historical Park to help preserve artifacts and landmarks that he often passed during his workday in Center City Philadelphia. The group raised funds to repair a bell in Independence Hall, preserved a centuries-old statue of George Washington and organized K-12 field trips to the city’s historical area. And don’t forget the Dragons. Williams was elected in 2015 to the Alumni Association Board of Governors and regularly organizes networking events for alumni in the Dallas/Fort Worth area. This year, Engineering News-Record also recognized Williams’ work by naming him to its competitive 20 Under 40 Top Young Professionals list.

My Greatest Accomplishment: We were one month into the pandemic in 2020, and each day was full of uncertainty and fear. Families in my community almost immediately started to suffer financially from job loss and other factors. The homeless population appeared to grow almost overnight, and people were not getting their basic human needs met for nutritious meals. I finally decided to do something about it, and I placed my own investment of finances, time and energy into founding a fully recognized 501(c)(3) nonprofit. I am now the CEO of Awareness Inc., a nonprofit dedicated to helping attain and distribute nutritious meals to those in need here in Texas.

How Drexel Helped Me: Even as a junior in high school in 1998, choosing this university as my top choice to continue my education, I knew something powerful about Drexel that reigns true today more than ever. The work experience attained through the co-op program places our students on a high level of achievement and results in a respectable résumé even before we graduate. Even before throwing my graduation cap in the air, Drexel provided me the opportunity to gain hands-on knowledge from a local municipality, a major utility company, and one of the largest engineering/construction firms in the world.

What Success Looks Like to Me: Success in the engineering world is whether you have added value to a community. The industry tends to focus on deliverables such as quality drawings, specifications, reports, etc.; but I always remember that these are simply the tangible documents that represent your knowledge and due diligence “on paper.” When a project is completed, it is deemed successful if the overall welfare and latest innovation was applied to the best of your ability.

How the Past Year Has Influenced Me: The past year has shown me the importance of giving back. Charity is key; if you have the ability to help others in any way it can be looked at as your obligation to do so. The public school system was more revealed than ever as being a key source of food and nutrition for low-income children. Homelessness, already having been an issue, can increase in numbers just from a slight domino effect of a suffering economy. There are systematic problems that need addressing, and it is up to individuals to make the difference by starting in their own communities.

My Top Post-Pandemic Plan: Like many I would often have a goal, especially in my youth, to say how much I wanted to see the world. Now more than ever, the importance of travel is one of my main takeaways in reflection over the past year. I owe it to myself to step foot on each continent…but maybe save Antarctica for last.