Is Anybody Out There?

Should the newest Mars rover Perservance succeed in solving the mysteries of life on Mars, it will be due in no small part to the diligence of Drexel alumni who helped to build and raise her. 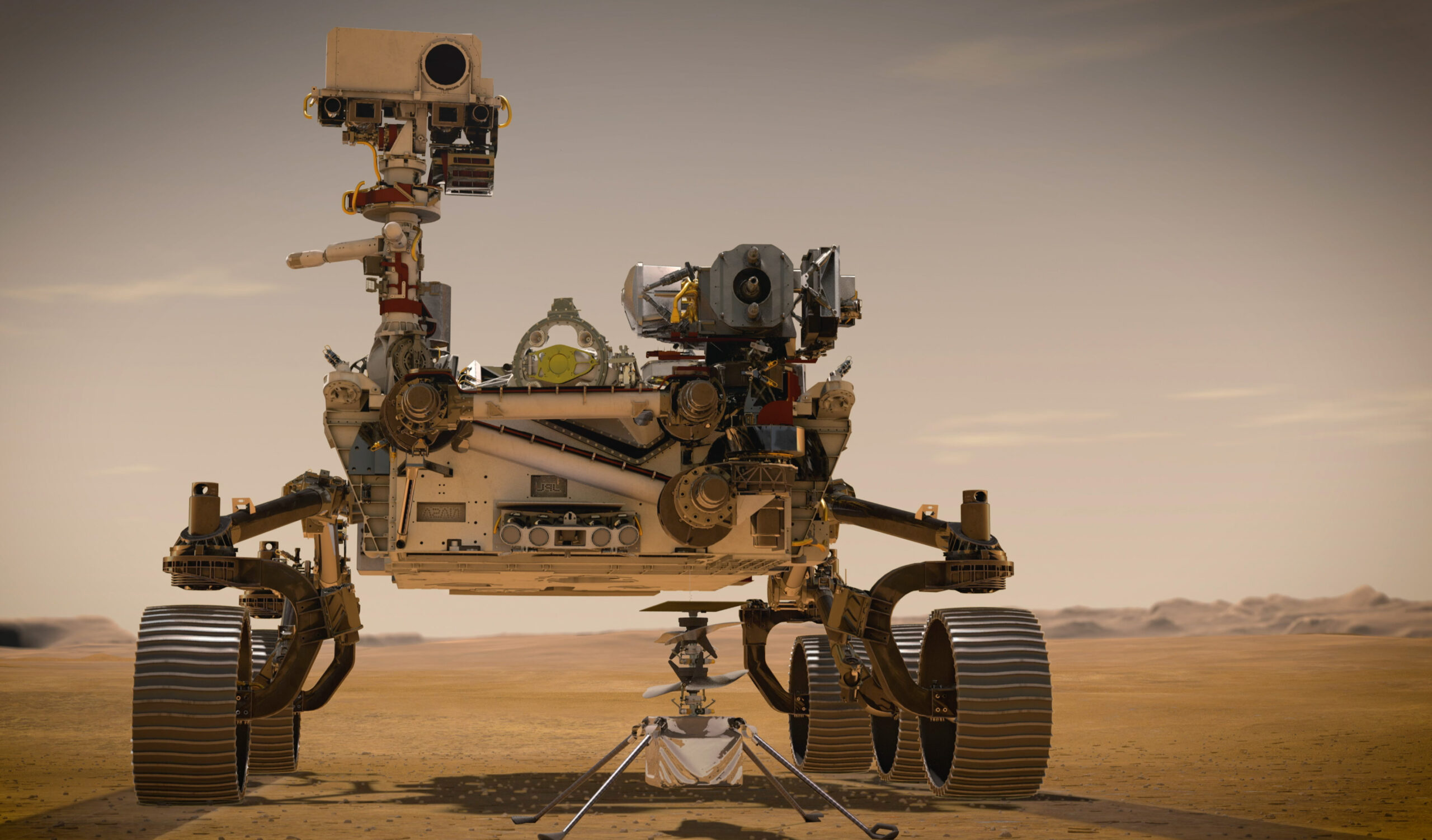 Is Anybody Out There?

Perseverance — or Percy, for short.

It seemed a fitting name for a 30-year NASA program that has blasted multiple robotic scientists 300 million miles into space. But little did the thousands of scientists who built her — among them, two Dragons who spoke to Drexel Magazine about their experience — realize they were about to pull off their most ambitious Mars mission ever during the deadliest global crisis of this century.

“When you think about the entire year of 2020, and all of the challenges, we truly defied the odds,” says Moogega Cooper, who holds a ’08 master’s and a ’10 doctorate degree in mechanical engineering from Drexel. “The meaning behind Perseverance really cemented in our minds those last few months — for we all truly had to persevere.”

As lead of the Planetary Protection team on the Mars 2020 mission, Cooper works in NASA’s Jet Propulsion Laboratory (JPL) in Southern California to ensure that all spacecraft parts are spotlessly built and tested so no interplanetary contaminants catch a ride with the rover. 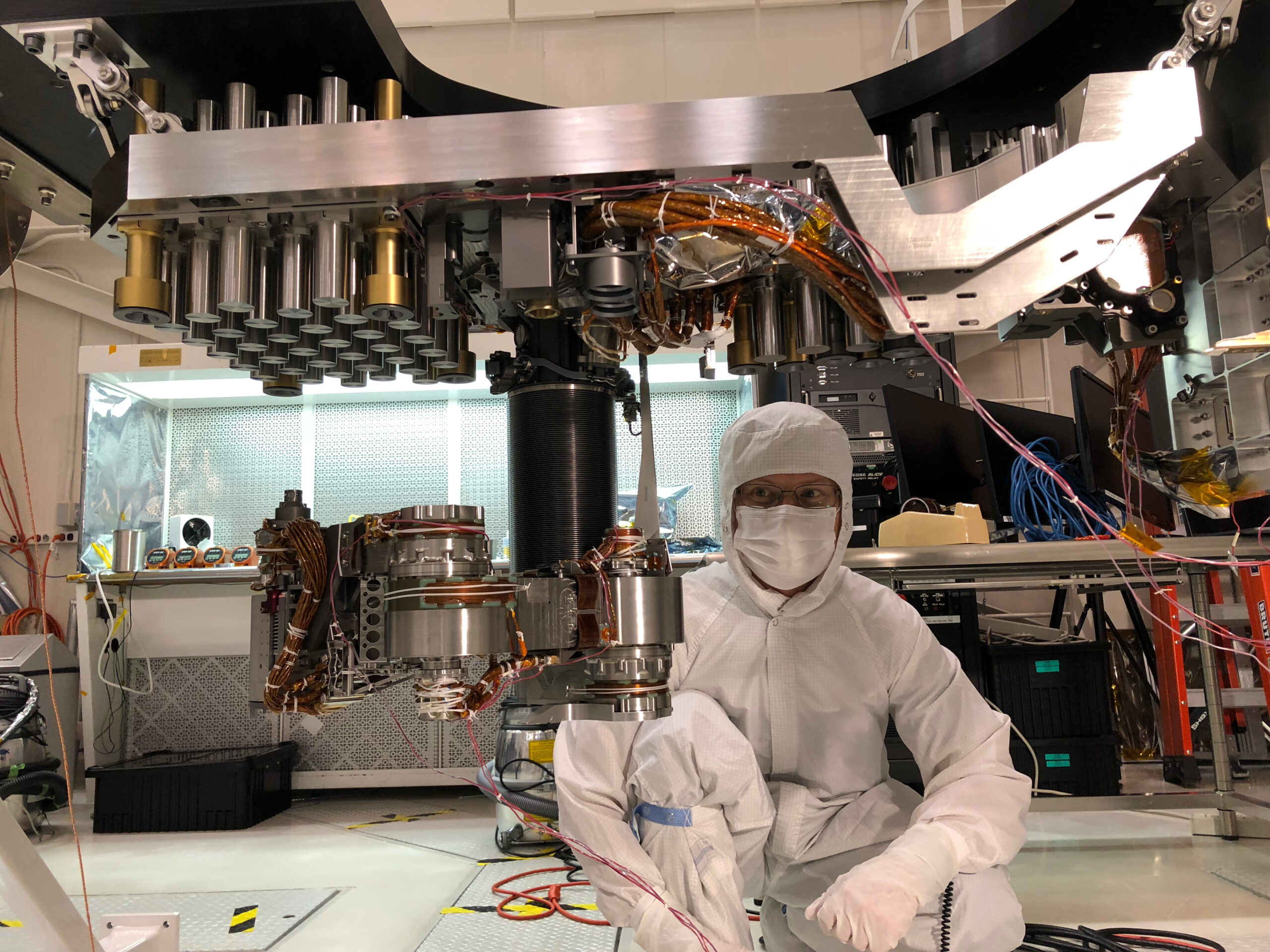 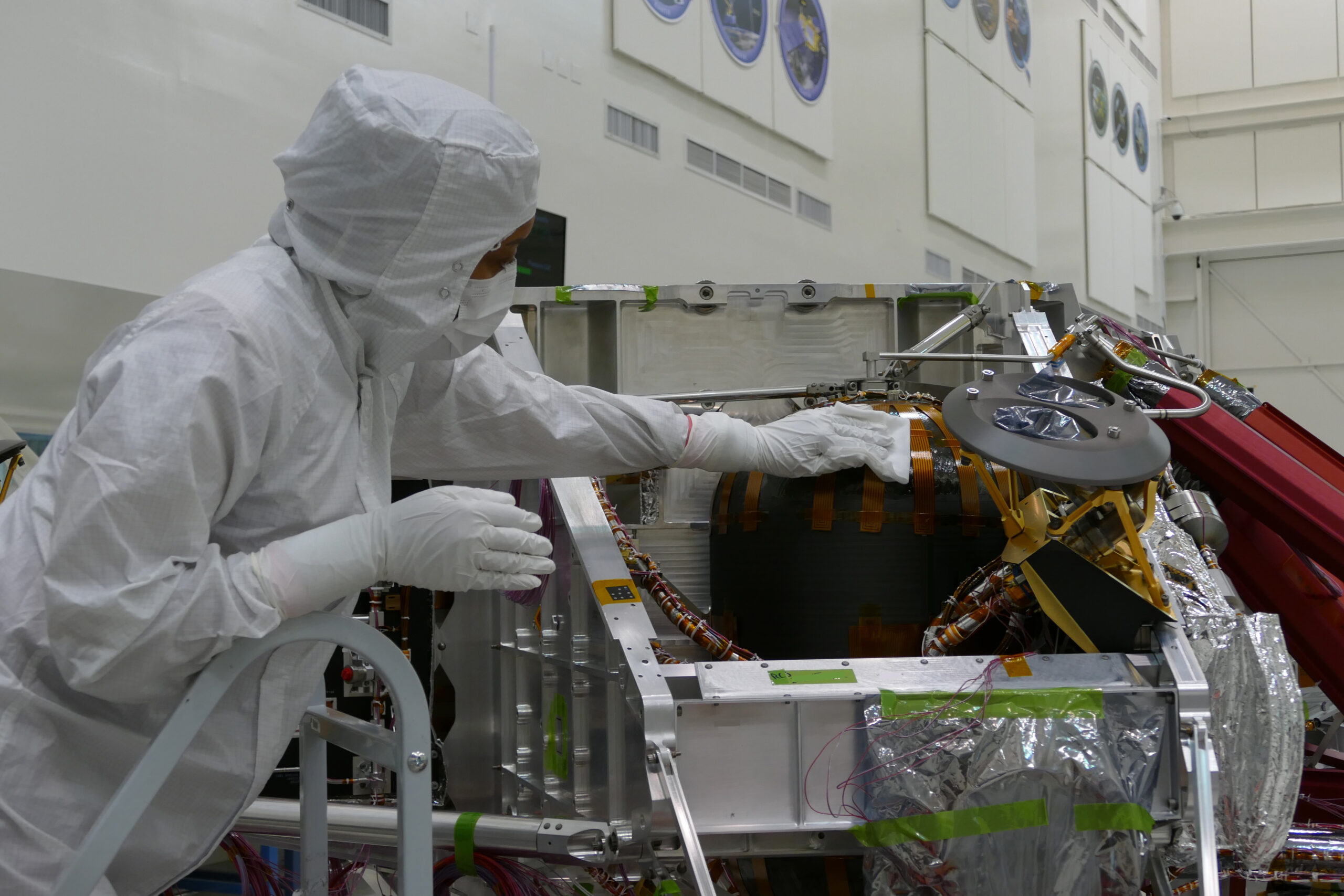 Moogega Cooper (MS ’08, PhD ’10) and Milo Silverman (BS ’97) both work at NASA’s Jet Propulsion Laboratory on separate teams responsible for key parts of the Mars 2020 mission. Cooper leads the team that keeps Mars rovers contaminant-free while Silverman leads the team that built the novel sample collection system that Perservance will use to retrieve soil and rock samples.

Her team works alongside fellow alumnus Milo Silverman, BS mechanical engineering ’97, a chief engineer at JPL. Silverman led the development of some of Percy’s most mission-critical mechanical parts. In particular, he was responsible for overseeing the “Adaptive Caching Assembly” that collects promising rock and soil samples in sterile tubes for study and eventual return to Earth. The device is the first of its kind to ever travel to Mars.

Cooper and Silverman were among the millions who watched on Feb. 18 as Perseverance made her dramatic entry, descent and landing on Mars after seven months of space travel. There were tears of joy at mission control, they said, and collective gasps on Sol 3, the third Martian day of the mission, when the rover’s zoomable Mastcam-Z beamed back the first 360-degree panorama photo of Perseverance’s new digs in the Jezero Crater.

As the fifth rover in NASA’s Mars Exploration Program, Perseverance builds on the success of its predecessor, Curiosity. Navigated by a rotating head of cameras, powered by a nuclear battery that turns decaying plutonium into electricity, and guided across the rough terrain by six perdurable wheels, Perseverance is semi-autonomous and nearly the size of a small car. She is equipped with the most sophisticated instruments ever designed for space exploration including 23 cameras, two microphones that captured the first recorded sounds ever heard on an alien planet, a personalized weather station that deployed its own wind sensor, and a Terrain Relative Navigation system that allowed her to make last-minute course corrections during a hazardous landing. A small solar-powered helicopter drone named Ingenuity hitched a ride onboard to conduct the first intergalactic domestic flight.

Percy’s primary goal is to answer the age-old question: Is mankind alone in the universe? Previous missions to Mars have found that some 3.5 billion years ago oceans and rivers freely flowed across the arid surface, and water is key to life as we know it. The Jezero landing site, which was meticulously chosen by NASA scientists, is an ancient lakebed essentially frozen in time — and teeny-tiny, fossilized microorganisms could exist under its layers of sand and rock, if life did in fact form on Mars. “If we are ever going to find signs of past life on the surface of Mars,” says Cooper, “Jezero is the place.”

This is the first 360-degree panorama taken by the zoomable camera array aboard the Perseverance. It was stitched together on Earth from 142 individual images taken on the third Martian day of the mission.

Perseverance is the quintessential astrobiologist for the task. Mounted on her robotic arm are two of the most advanced geoscientific tools ever developed. Using lasers and x-ray spectrometers, she manipulates and evaluates the plantet’s red, dusty sediment searching for the best areas to drill for soil samples and, like any thoughtful traveler, to someday send souvenirs home. “The scientists here are just itching to get those samples back,” says Silverman. “It could be truly profound what we learn.”

Perseverance is also laying the groundwork for future human missions. She carries an instrument that turns small amounts of carbon dioxide into oxygen that astronauts may use someday to launch rockets off the surface. Five pieces of a potential future spacesuit are also onboard and will be tested against the harsh elements including frigid temperatures, dust storms and high radiation.

For those who tuned in to Percy’s descent to Mars’ surface, it was an exhilarating landing fraught with risk that NASA fondly refers to as “The Seven Minutes of Terror.” But for the Drexel alumni who have known and raised Perseverance since birth, it has been eight captivating years in the making, and just the beginning of more adventures. Drexel Magazine asked them what it was like to achieve this latest milestone in space exploration history. 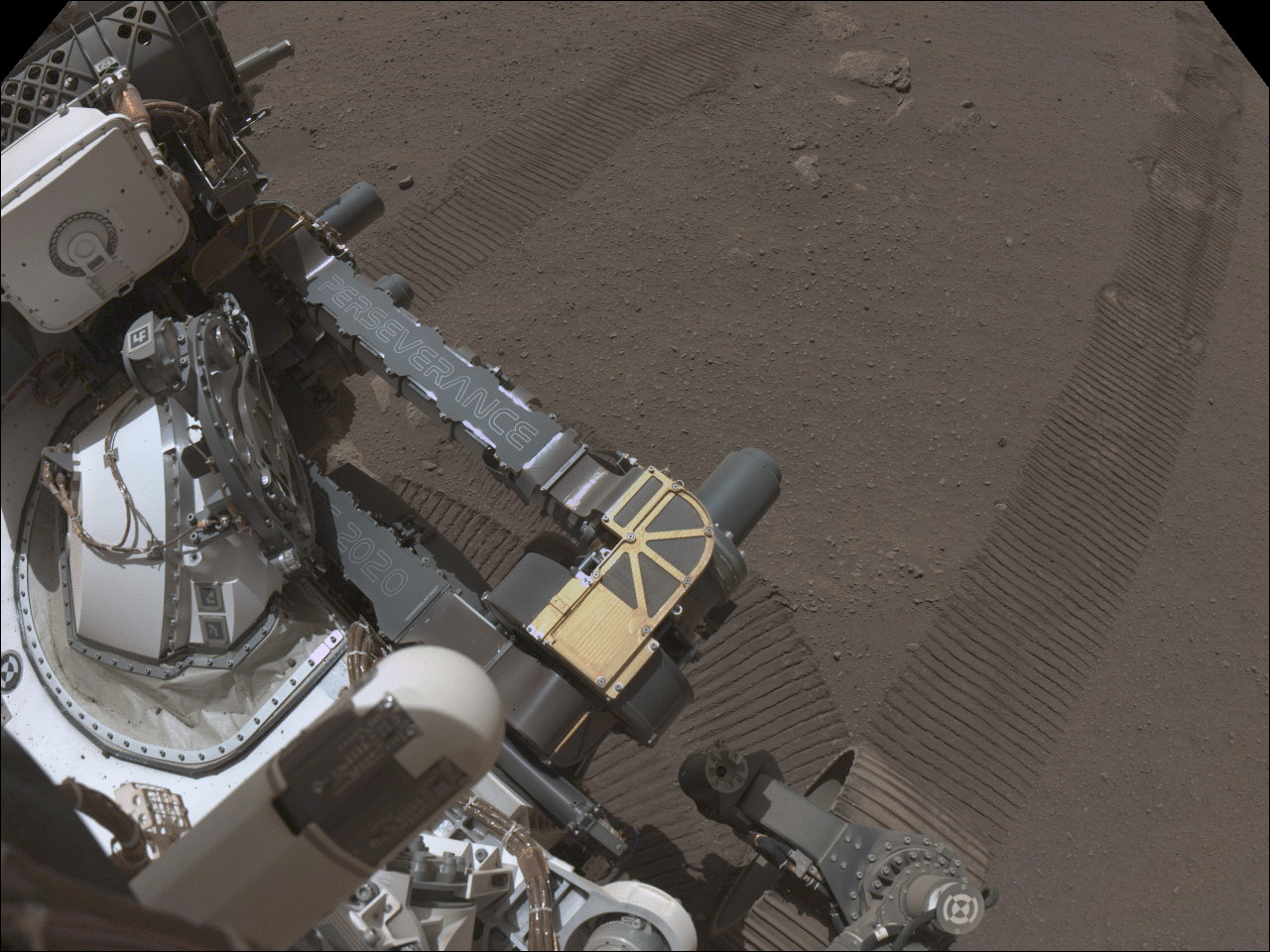 This image, taken by Perseverance’s navigation cameras, shows a door that opens on the upper part of the bit carousel, a flying-saucer-like component that stores drill bits for the system’s coring tool. It transfers bits with empty sample tubes onto the rover’s robotic arm and also collects bits containing filled sample tubes from the coring tool.

What went through your mind when you saw the rover’s first panorama of Mars, made up 142 frames stitched together from the Mastcam-Z?
Cooper: We all saw that first picture together. There were folks who had worked on every single Mars rover there — and their eyes were welling up. It was like witnessing a true Kodak moment.

Do you think we will find life?
Cooper: Thanks to the previous rover, Curiosity, we know there used to be persistent water on Mars — and bodies of water are just teeming with life. It makes me think of a line from my favorite movie, “Contact:” “The universe is a pretty big place. If it’s just us, seems like an awful waste of space.”

Perseverance is the first rover with an “Adaptive Caching Assembly” for collecting samples, which you helped build. Tell us about it.
Silverman: The ACA, as we call it, consists of multiple pieces that must work together to ensure samples of Martian rock are collected, imaged, sealed and stored until ready for placement on the surface. It was a large team effort that required overcoming many challenges associated with operating in the Mars environment, including very cold temperatures (below -100 °C), while also meeting very stringent cleanliness needs. There are 38 tubes available for samples, but they can’t bring that many back to Earth. There will be tough decisions in the future for the scientists to decide what comes home. 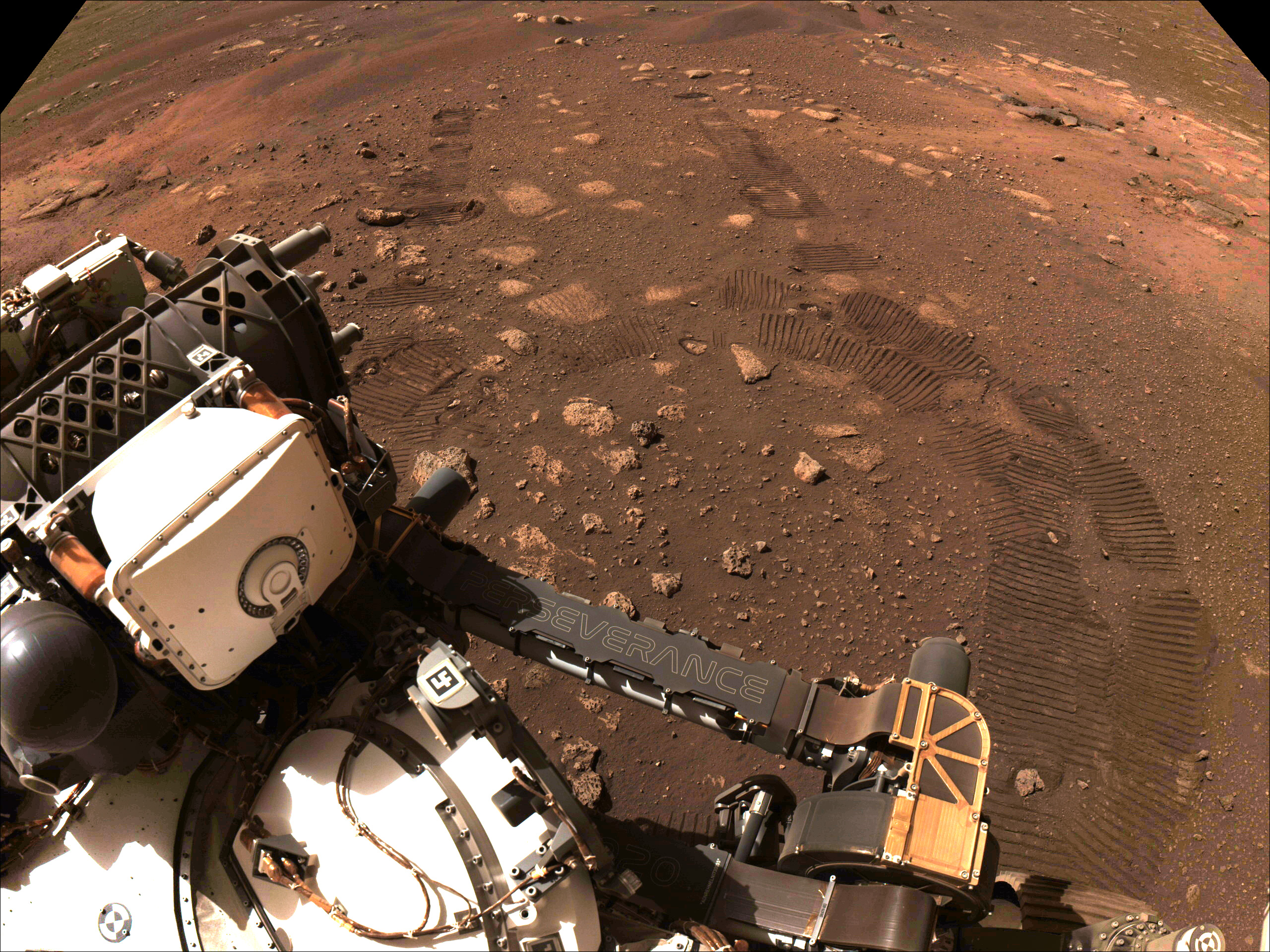 Perseverance took this selfie during her first drive on Mars on March 4, 2021.

So neat! But, how are we going to get these samples home?
Silverman: Right now, the plan is multiphase. The next mission proposes to bring a rover whose sole job will be to pick up the sample tubes Perseverance dropped on the ground and bring them back to a lander for launch into orbit. A follow-on mission would then return them to Earth. We made the tubes to last for at least 10 years on the surface of Mars.

How did the COVID-19 crisis impact your work?
Cooper: Fortunately, since we work on the Planetary Protection team, we were already very paranoid about contaminants [Laughs]. When you were in the clean room with sterile tools in your bunny suit, it was one of the safest places to be in a pandemic. Off the clock it was hard. I moved across the country for eight months to help the team get ready for launch. My colleagues were my family, and we couldn’t hang out as freely.

Any funny stories?
Silverman: The last review of the cache system I did for NASA in May 2020 was done remotely. Of course, our internet went down that week. Thankfully, my neighbor let me log onto his WiFi. I was sitting in my driveway so I could pick up his signal. I told them at the beginning if you hear a gardener or anything sorry about that! [Laughs].

I see Percy has her own Twitter account. How would you describe her personality?
Cooper: Full of life, spunky, a great leader…and the audacity that she has — I love it! She is setting the stage for understanding if we are alone in this universe.

You worked on the previous rover, Curiosity. How much of a leap forward is Perseverance?
Silverman: While Perseverance looks very similar to Curiosity, there are a number of differences as well as improvements. The wheels, for example, have been redesigned due to the beating Curiosity’s wheels have seen since landing in 2012. Cameras allowed us to see Perseverance land on Mars, which is a first, and pretty incredible. The instruments on Perseverance allow us to look for past signs of life as well as learn about the environment for future human exploration. And of course, the caching system to collect samples for return to Earth, something that’s never been done before.

As a child did you ever imagine you’d be working on something that would land on Mars?
Cooper: I still have to pinch myself when I am in the lab sometimes. I dreamed of working for NASA since the fifth grade, but I did not think it would become a reality. I was horrible in math and science. I love telling that story because I don’t want kids to think they have to be a prodigy. As long as you have motivation and set yourself up with the right support you can make it. 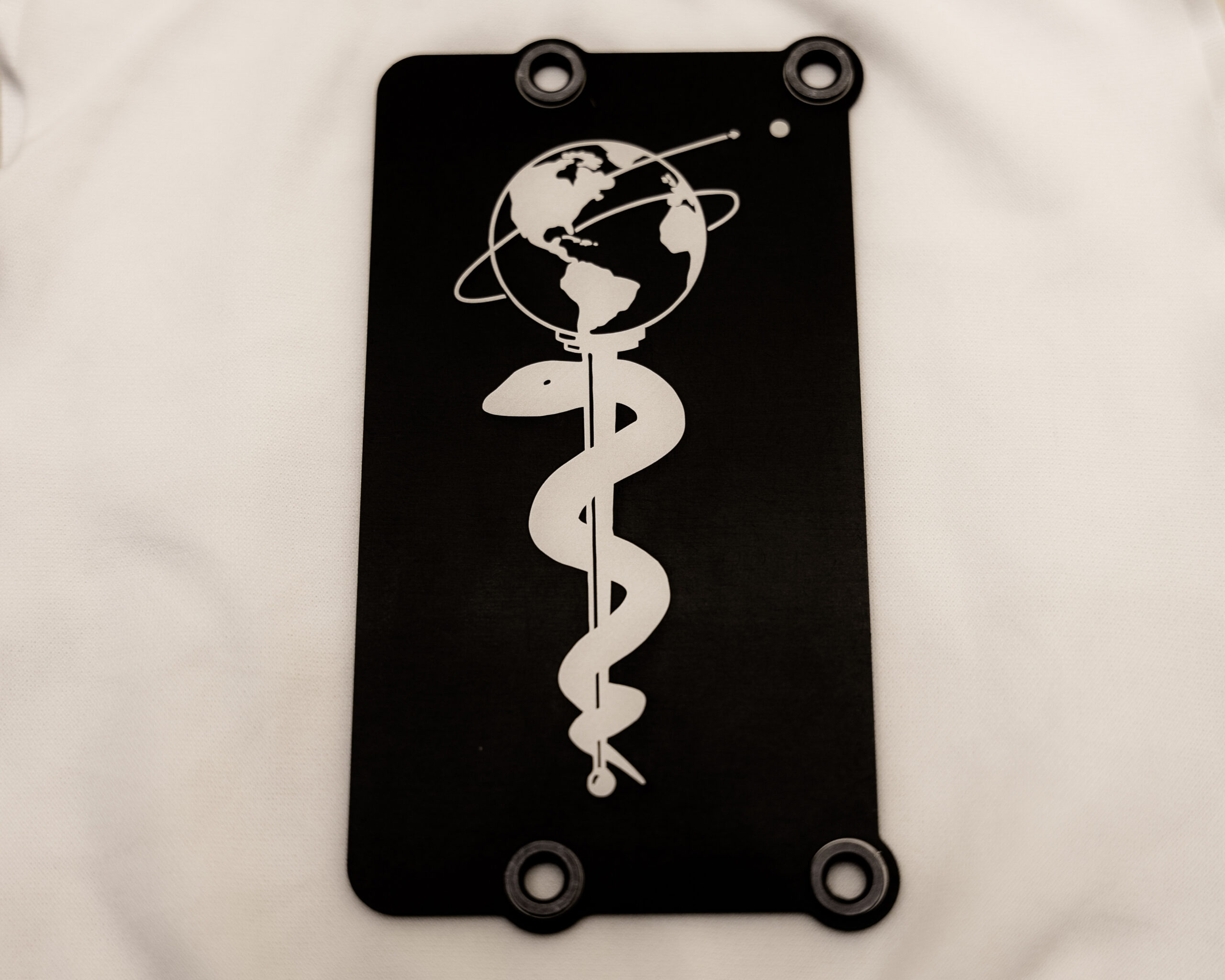 Before launching Percy into space, engineers attached a commemorative plaque etched with the universal symbol for healing near its middle wheel to pay tribute to the perseverance of healthcare workers around the world during the pandemic.

Do you think human beings will walk on Mars in the next 30 years?
Cooper: Hopefully we will have all the technology and knowledge to send humans to Mars by then. The Artemis program — which aims to return astronauts to the moon — is helping us bridge that gap in a safe way. It took seven months to get Perseverance over to Mars. Now imagine doing that with a human…your muscles atrophy and you are exposed to radiation. They are still working on understanding how to keep astronauts healthy for that long.

Let’s say NASA offered you a spot on a future mission, would you go? What marvels you about Mars?
Cooper: Mars is basically Earth’s little brother, and yet it looks so different. I want to understand what happened and what we can do to keep our own planet blue and healthy. The next time they ask for more astronauts, I am definitely going to throw my hat in the ring!

What comes next?
Cooper: I rolled onto the Europa Lander project — a potential future mission that will look for signs of life on one of Jupiter’s icy moons. The Europa moon has water underneath a thick layer of ice. And we thought the stakes were high with Perseverance!