Life Inside the ‘NBA Bubble’ 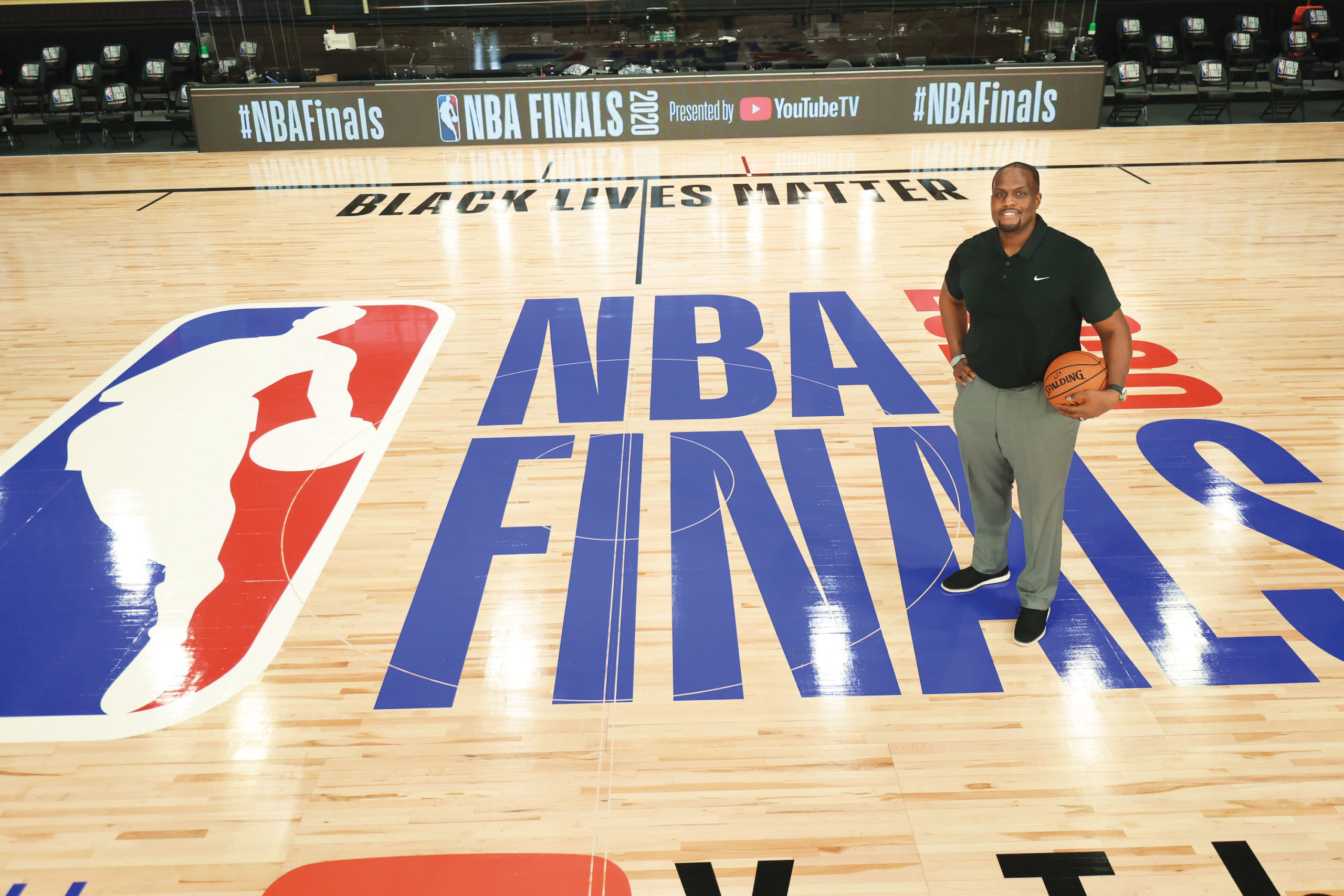 Life Inside the ‘NBA Bubble’

Three weeks into his new job with the National Basketball Association, Malik Rose found himself in the middle of a bubble. Not just any bubble —The Bubble.

The NBA was the first major American professional league that opted to isolate everyone — players, coaches, referees and a select few support staff and reporters — in order to protect its season from coronavirus outbreaks.

Twenty-two teams entered ESPN’s Wide World of Sports complex at Disney World in Orlando. For three months, the teams would play their full schedule in the complex’s three empty arenas and agree to strict rules and virus testing. Rose, who started his job as vice president of basketball operations on June 22, entered the complex on July 12 and didn’t plan to leave until the NBA crowned a champion in October.

“It’s about 40 square miles,” Rose said of the Wide World of Sports complex, which is serviced by hotels with full amenities for the players. “The food’s pretty good. There’s plenty to do for the players, and they’re the most important part. Fishing, bowling, movies, golf. I’m missing my family like crazy. Thank god for FaceTime and Zoom. That’s probably the hardest part for me, being away from [my wife, Tiffany, and two children] here in the bubble.”

The NBA’s experiment saved the season and kept basketball alive, which has always been important to for Rose, who attended high school in Philadelphia and stayed home to go to Drexel. As a senior he led the Dragons to their first-ever NCAA Tournament win when he scored 21 points and grabbed 15 rebounds in an upset of Memphis. He graduated in 1996 with a dual concentration in computer information systems and in teacher preparation and was selected in the second round of the NBA draft. (He later received a Drexel honorary doctorate and completed a master’s of science in sports management.)

“Getting drafted was great especially during that time because Philly had tons of guys in the NBA,” says Rose, a member of Drexel’s Janet E. and Barry C. Burkholder Athletics Hall of Fame. “Rasheed Wallace, Cuttino Mobley, the list goes on and on. I was never on their level in high school but I was able to make it to the NBA along with them.”

Rose did more than make it. Although he was never a star, he played in the league for 13 seasons, winning two titles with the San Antonio Spurs (including in 2003, when he averaged a career-high 10.4 points per game), coached by the legendary Gregg Popovich.

“When I won championships, it’s hard to describe those moments,” he says. “For me it’s just realizing that you’re the best in the world and this is what all that work was for. This is what running in the heat or swimming or lifting when you’re tired was for. Coach Popovich is a great, great man. He cares a lot about his players and people in general. The thing I took away most from him was preparation. He’s probably the most prepared guy in the game. That goes for on and off the court. I’m always trying to learn something new. Maybe that’s why I took this job on the league side. Just being prepared for anything if and when I get a chance.”

Since his playing days, Rose has served as a television analyst for Philadelphia 76’ers games, worked in the front offices of two NBA teams, and was general manager of a minor league franchise. When the opportunity arose to work in the league office, he leapt at it.

“Primarily we’re a liaison to the teams,” he says of roles he and his fellow vice president of basketball operations, David Booth, play. “As former players we understand what they’re going through. We’re basically the NBA’s eyes and ears — their connection to the teams. We try to get ahead of problems and issues. We also have input on everything that goes on in the NBA as far as referees, analytics, strategy, NBA International, all the events. It’s a pretty heavy lift, but I enjoy it because it deals with basketball.

“I’ve been around the game of basketball since I was 8 and it’s provided a tremendous life for my family and me,” he says. “I haven’t worked a day in my life, thank God.”