Mona Elgohail ’19 volunteered at a mental health clinic for refugees in Jordan to personally help survivors displaced by Syria’s war. 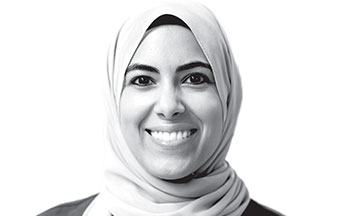 “It was hard for me to sit on the sidelines, simply reading about the war in the news. I wanted to alleviate some of the suffering.” 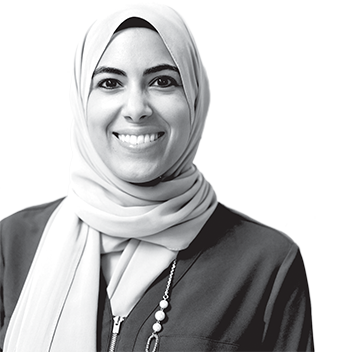 Mona Elgohail, a PhD candidate in clinical psychology in the College of Arts and Sciences, came to Drexel with the goal of alleviating human suffering. But the most serious pain she saw in the world was happening more than 5,000 miles away in Syria. So, she decided to take her training to suffering’s ground zero — a mental health clinic in Irbid, Jordan, where she worked with Syrian refugees to relieve the mental health conditions they were experiencing from violence, displacement and loss. Elgohail spoke about how her Drexel education prepared her for this experience, and why other Dragons should think big and realize their potential impact on global crises.

Q: Why did you decide to provide mental health services to Syrian refugees in Jordan?

A: The Syrian war is one of the worst humanitarian crises of our time. More than 6.6 million people have been displaced internally and
over 5.6 million have sought refuge abroad. That’s a displacement of half of Syria’s population — the largest displacement anywhere since World War II. It was hard for me to sit on the sidelines, simply reading about the war in the news. I wanted to alleviate some of the suffering. With the help and support of my advisor, Pamela Geller, I wrote a letter to the director of clinical training and chair of our department to request approval for a yearlong independent study that would allow me to volunteer my time in Jordan. Not only did our department leaders and faculty recognize the importance of the work outlined in my proposal, but they celebrated and supported it.

Q: What did you learn while working with this population?

A: Working at the Syrian American Medical Society (SAMS) Foundation’s mental health clinic was the most emotionally challenging experience that I’ve had. On my first day I heard about a woman whose husband, son and nephew were killed in front of her by Syrian government forces, and then her house was broken into and her mother was killed in the middle of the night. All of the refugees that I met had these types of stories. I don’t think I met a single family there that was completely intact. It took every ounce of strength to remain composed while hearing their stories. I learned that most of the Syrians also experience significant difficulties as refugees in Jordan. It’s illegal for refugees to work, and if they’re caught working, they’re forcefully deported back to Syria. They’re not allowed to attend public schools, and they don’t have access to health care outside of what the UNHRC provides, which is only basic primary care. The crisis had created a lost generation — children couldn’t get an education, parents couldn’t work and many families kept getting sicker. How were they supposed to rebuild and improve their lives under these conditions?

Q: How were you able to help your patients in Jordan through your work?

A: Between the horrors they experienced in Syria and the ongoing challenges of refugee life, Syrian refugees are deeply traumatized with extraordinary mental health needs. The SAMS mental health clinic in Irbid, Jordan, serves Syrian refugees of all ages. Some of the most common psychological problems were depression, anxiety, posttraumatic stress disorder and somatoform disorders. My role involved observing and co-facilitating group therapy for women and children. I provided supportive psychotherapy and psychoeducation on anxiety, depression, trauma, parenting strategies and stress management strategies. My work was supervised by Gregory Lewis, a trauma expert with experience providing psychotherapeutic services to Syrian refugees.

Q: What do you wish more people in the United States knew about the conflict in Syria?

A: I went to Jordan to help Syrian refugees, but what these individuals gave me was more than I could ever give them. They taught me and inspired me through their stories, their perseverance, their gratitude and their hospitality. They helped me develop my worldview, and I’m a better clinician and a better human because of it. It’s true what they say: In helping others, you help yourself. Unfortunately, the current rhetoric in the United States surrounding refugees is loaded with misinformation, fearmongering and xenophobia. I hope students and Americans in general will at the very least educate themselves about the conflict. I also encourage people to partner with local organizations that are helping refugee families resettle with dignity in the United States. There are also national organizations doing great work in helping Syrian refugees, such as the SAMS Foundation, Islamic Relief and Zakat Foundation.