Every year, more than 5,700 students discover their careers through the Drexel Co-op program — a signature model of education that balances classroom theory with job experience within a buzzing network of nearly 1,700 co-op employers in 52 countries. What does a Drexel co-op look like? In this regular feature, we ask a student fresh off a recent co-op to show us. 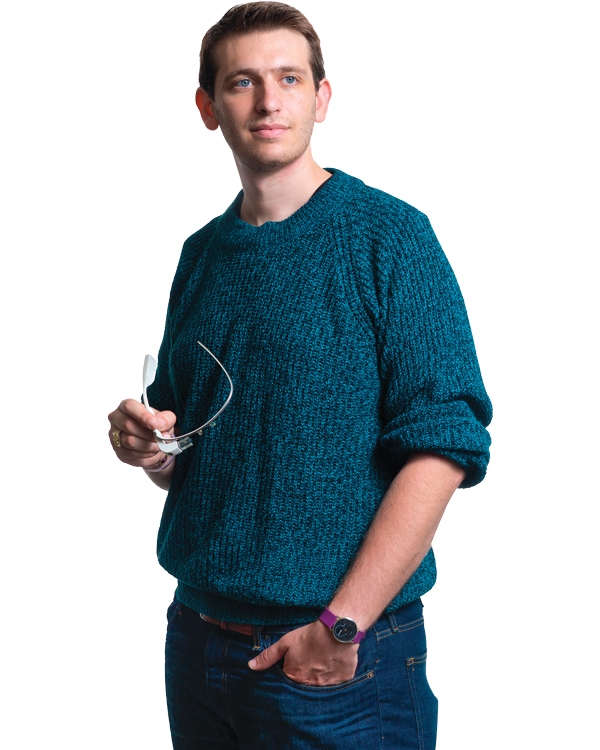 One of the things I worked on at Exelon was to display one of the startups that we were incubating, plus I built a virtual reality (VR) app. We had created partnerships with Nissan and BMW and took VR cameras to shoot 360-degree footage that I stitched together to make software to display it. And then I used Unity, a game development platform, to publish an app with some interesting funcationality that displays the footage.

I’m holding Google Glass smart glasses because wearable technology, augmented reality and VR were related to each of the three co-ops I had at Drexel. My first co-op was in France for a startup called Optivent that manufactured, designed and implemented smart glasses. We created technology for hospitals to use when EMTs were transporting patients, so doctors and nurses would be prepared to receive the patient. My second co-op was at the Children’s Hospital of Pennsylvania, where I built applications for smart glasses — one of the things I did there was build pediatric medical devices and then a VR app to treat amblyopia (lazy eye) with new dichoptic methods. My third co-op was an “intrapreneurship” co-op at Exelon, which incubated new energy startups. That was focused on VR as well.

In my co-ops, I’ve had to learn in software development roles even though it’s not technically my major, and I know I really like working with people who develop that kind of software. After graduation, I’m focusing on my startup company, UpTalk. We’re automating marketing software. A lot of people use customer relationship management technologies as databases, but there’s a lot of functionality you can do with that by utilizing machine learning. And so our goal is to make software that you don’t have to think about using — because the learning curve to use that kind of software is very real. We’re trying to make software that essentially uses itself.