By Mike Unger / Photo by Jeff Fusco
Posted in From the DAC, Winter/Spring 2018

In 2008, medical issues prompted Kira Karlstrom ’07 to hang up her high tops and walk away from professional basketball, but she has bounced back in her new career as an award-winning marketing executive. 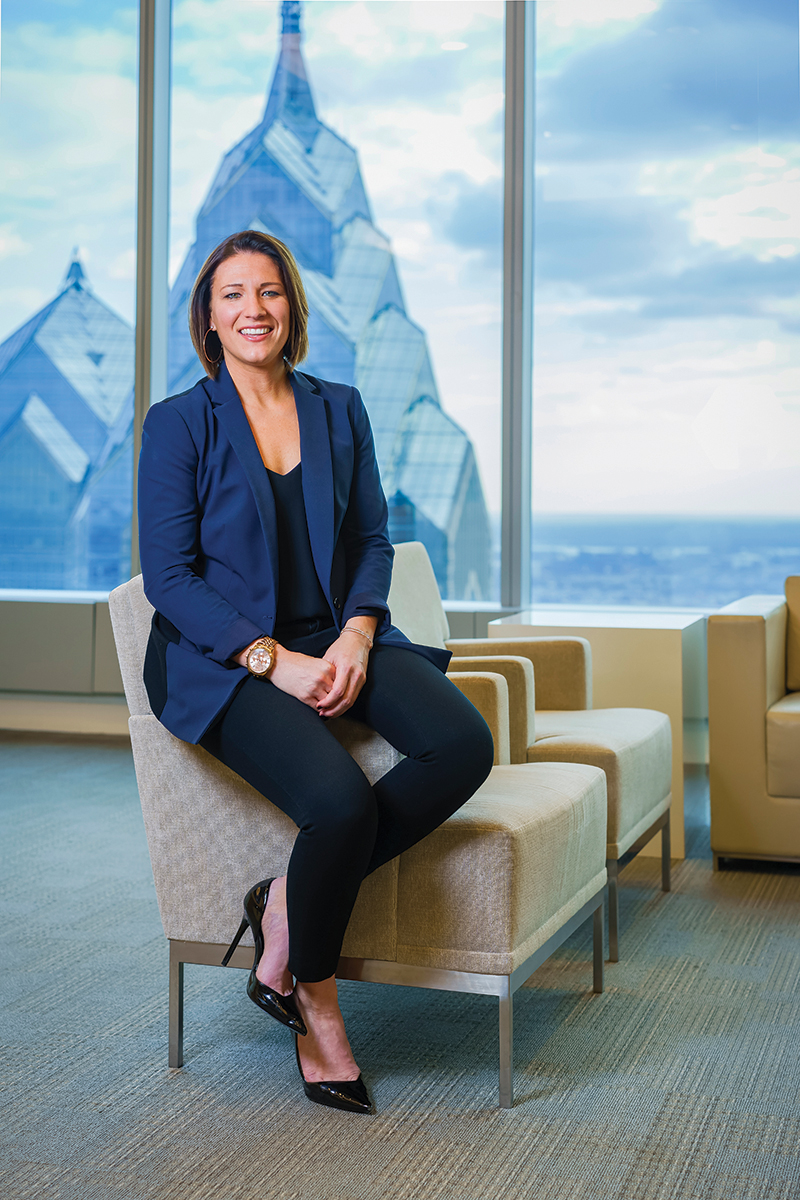 Take for example the way she describes her current job, as a director of marketing communications at Comcast Corp., where she leads the strategy, creative and execution of acquisition marketing and advertising campaigns, including the company’s recent partnership with the United States Olympic Committee for the 2018 Winter Olympics.

Karlstrom retired her high tops after a decorated basketball career at Drexel and one season of pro ball in Europe. That she even made it onto the court at the DAC is surprising considering her stature: she stands just 5 feet 3 inches tall.

Growing up in Clarkston, Michigan, about an hour north of Detroit, Karlstrom saw the doubt on people’s faces as she walked into the gym. She never forgot those looks.

“Once I started to get older, a lot of people said that I was never going to play Division I because I was too small,” she says. “My mentality became, ‘I’m going to prove you wrong.’ As part of that journey, I really fell in love with the game.”

Karlstrom started as a sophomore and led the Dragons to their first-ever win over Old Dominion.

“She came into a program that we were rebuilding,” Drexel women’s basketball coach Denise Dillon says. “It wasn’t good enough just getting a scholarship, she wanted to prove that she belonged on the floor. Kira was one of our top rebounders. It just showed her work ethic. She was one of the top hustlers on the team, and with hustle comes a lot of rebounds. She was really scrappy. She worked hard every day, and I think she does the same thing in the workforce.”

After graduating in 2007 with a degree in graphic design, Karlstrom played professionally for one year in Romania before a botched appendectomy sent her home. It wasn’t her only health scare: in 2009, she was diagnosed and treated for thyroid cancer, which she continues to successfully manage today.

Back stateside, she landed a job as an associate producer and art director at ESPN, where she worked on music videos and animation packages for SportsCenter, the NBA and the World Cup.

Following stints at Marvel Entertainment and a visual effects executive producer role at a company in Los Angeles, she moved to her adopted hometown of Philadelphia to work for Comcast.

In her current career, she’s still drawing from her playing days as a Dragon. On the court, one of her goals was to be among the team’s top rebounders. Her senior season, she led the nation in rebounding for sub 5-foot-5 guards.

“Goals are a big part of every job that I’ve had,” she says. “I’ve learned from athletics that attitude and hard work pays off.” 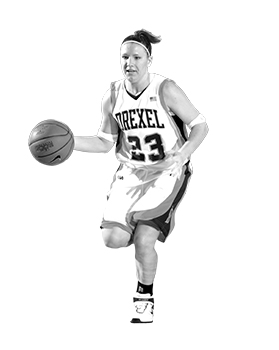 “When you’re a point guard on a basketball team you have 15 different personalities to figure out. I think that translates to my management style. You can’t treat every person the same way and expect the same results.”
— Kira Karlstrom