Every year, more than 5,700 students discover their careers through the Drexel Co-op program — a signature model of education that balances classroom theory with job experience within a buzzing network of nearly 1,700 co-op employers in 51 countries. What does a Drexel co-op look like? In this regular feature, we ask a student fresh off their most recent co-op to show us. 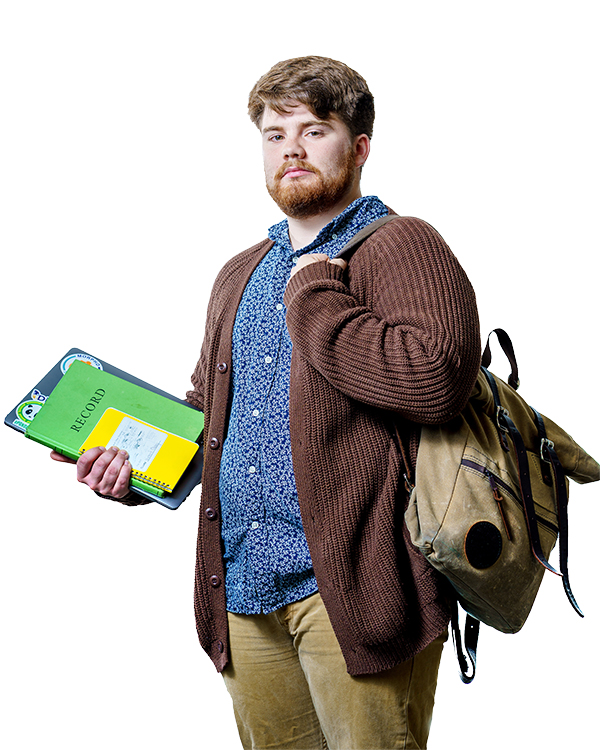 I did my co-op at a National Oceanic and Atmospheric Administration (NOAA) research lab in Boulder, Colorado, building an elevation map used to model and predict tsunamis and stormwater surges. The group that I worked on takes data from NOAA satellites, the United States Geological Survey and other groups, and combines underwater imagery with satellite land measurements to make coastal models of elevation. It’s a really useful way to predict how far water will come inland during a tsunami. It’s important to have that information along the coastlines because that’s where people live and it’s dangerous. But it’s also hard to make these products because the way you gather data on the land is different than on the water, so you have two kinds of data that need to be stitched together to get a coastal model.

This was the first time I worked outside of academia, within the government, and the first time I worked outside of Philadelphia. It was really interesting to be in a different state with a lot of people I didn’t know, working with a group of a few thousand people, just being part of a team and seeing how everything fits together. NOAA’s products are being directly used by the Federal Emergency Management Agency and first responders to predict things that matter on the ground, and it was really cool to see the directly applied aspects of the research — this affects people’s lives and safety and how the government responds to tsunamis. I also saw NOAA’s public outreach and learned the importance of making sure people understand why you’re doing what you’re doing, and what it does.

This NOAA-issued notebook allowed me to record all my steps as I took data from various sources, analyzed it for errors and merged it together to make the map. The bulk of my co-op was spent coding all of this detailed data on the computer, which takes some time because the data is so different. On land, elevation data is available nearly to the meter, but underwater the information exists only in kilometer-by-kilometer squares. The map I worked on is the only free, publicly available resource that blends both types of data into a single model.