The Scholar of Street Style

On the streets of New York in February, Brent Luvaas noticed a subtle change. 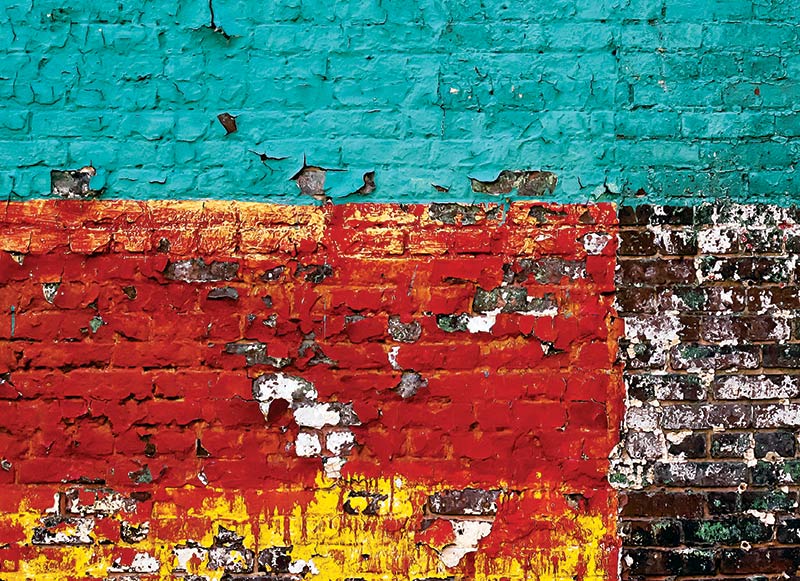 The Scholar of Street Style

Perched at the entrance of Lincoln Center, on the grand plaza that leads into the Mercedes-Benz Fashion Week tent, Luvaas counted fewer photographers on the sidewalks this year snapping photos of the models, magazine editors, buyers and celebrities who swarm the annual event.

No doubt the sub-freezing temperatures that marked Fashion Week this year kept many photographers away, but Luvaas also attributes the cooling of the scene to an industry backlash.

This year, event organizer IMG issued 20 percent fewer invitations in an effort to reduce the hordes of photographer-bloggers — and the circus-like, sidewalk spectacle they’ve created — on the plaza.

Luvaas, an assistant professor of anthropology in Drexel’s College of Arts and Sciences, has been chronicling the creative ecosystem outside the Fashion Week tents for years, collecting observations for his forthcoming book, Street Style Anthropology (Bloomsbury Publishers).

Drexel anthropologist Brent Luvaas went native to study the culture of street photographer-bloggers and how their coverage of “off-runway” couture is changing. 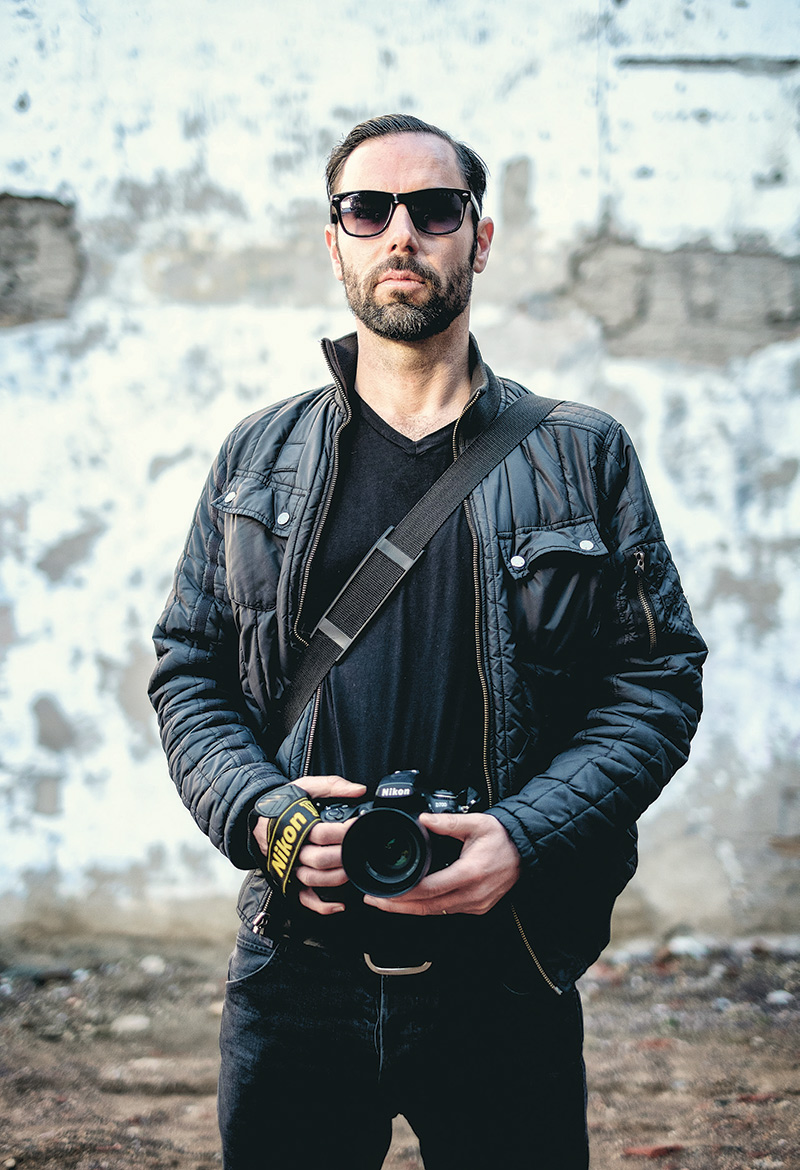 While most photographers focus their lenses on the catwalk or shoot glossy editorial spreads for fashion magazines, street-style photographers (Luvaas’ term) document the everyday style of “ordinary” people on city streets and post the images in their blogs. Some of the best known among them, such as Liisa Jokinen of Hel Looks, Scott Schuman of The Sartorialist and Yvan Rodic of Face Hunter, have built huge online audiences.

To Luvaas’ eye, their place in the fashion world is an intriguing, contested space. Where is the line between “insider” and “outsider” fashion photography? What are the broader implications for the democratization of fashion, photography and creative work?

On the rise since the early aughts, the art of photographing fashionable urban strollers has skyrocketed from simple point-and-shoot laymen’s lookbooks to a veritable industry packed with creative novices who want to turn their eye for style into a career. In February, they collide on the glamorous grounds of Fashion Week in New York, London, Milan and Paris.

“Long-time bloggers like Phil Oh and Tommy Ton describe their first seasons at Fashion Weeks, back in 2007 or 2008, as being very quiet, with only a few bloggers present,” Luvaas says. “Now, the major shows will often have a couple of hundred swarming outside the doors. Oh described the events as ‘trench warfare’ and admitted it has taken some of the fun out of what he does.”

In an effort to make sense of street-style blogging as a social and cultural phenomenon, Luvaas started his own street-style blog, Urban Fieldnotes, in March 2012. Part hobby, part research tool, the blog is filled with street photos of his own as well as his interviews with photographer-bloggers such as the well-known Gunnar Hämmerle of Styleclicker and a growing blogroll of ambitious amateurs.

Through the blog, he observes, reports on and — to a certain extent — imitates his subject.

He’s watched many of the photographers he studies become influential voices in the fashion industry.

Brent Luvaas’ personal portfolio of photos in his blog, Urban Fieldnotes, includes snapshots of fashion editor Lynn Yaeger [1], hair aflame and lips like a geisha; Vogue editor Anna Wintour [2] in her tightly immaculate bob; and New York Times fashion photographer Bill Cunningham [3] with his compact Nikon cradled in his hands; as well as a host of bloggers, models and other stylish strangers who simply caught his eye. 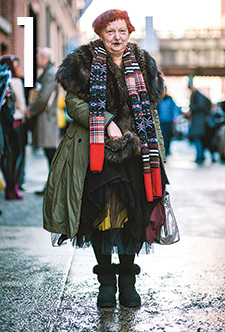 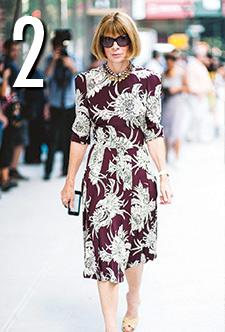 Schuman, for instance, was one of the first amateur photographers to spotlight well-dressed unknowns when he launched The Sartorialist in 2005. His blog now attracts roughly 30,000 unique visits a month. Rodic’s Face Hunter has put off-the-fashion-radar cities like Kuala Lumpur, Bangkok and Oslo on the map. Jokinen began her Helsinki-based blog Hel Looks in 2005 as a hobby to document the often outlandish, surrealist style of Finland’s natives. Its international notoriety allowed her to quit her 9-to-5 job and write for Finnish magazines. 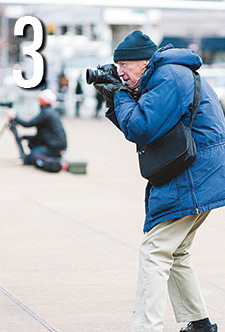 Early bloggers are now seen as fashion celebrities in their own right and get invitations to fashion events, contract work for major magazines and sponsorship deals worth tens of thousands of dollars.

But as the reputations of photographer-bloggers soared and they began getting access to Fashion Week tent shows, Luvaas says another breed emerged.

The outsider, DIY ethos of the early blogger-photographers has given rise to what he calls “street fashion” photographers, who collect most of their shots during Fashion Week rather than scour less glamorous locales for ordinary people of style.

“Street-style photography really values the outsider perspective, whereas street-fashion photography is more of a glorification of the insider, and the two are very much in competition with one another,” Luvaas says. “[Street-style photography] has its own history. It stems from earlier photojournalism that documented subcultures and groups like the punks and the skinheads in the ’60s and ’70s, and a lot of it adheres to that aesthetic.”

Some of the roots of street style go back even further, and are decidedly more academic, Luvaas says.

“Street-style photography, to this day, retains something of this anthropological orientation, presenting visual documents of ‘real fashion’ that often counter the glamorized ideal of beauty represented in the fashion industry,” Luvaas says.

In contrast, street fashion bloggers typically only photograph editors, models and style celebrities — because that’s where the money is.

According to Alyssa Vingan, writing for the blog Fashionista, some big-name magazines will pay photographers as much as $12,000 or even $30,000 to provide daily image galleries throughout Fashion Month.

“As street-style photography has ballooned in popularity, it has also become an established — though frequently resented — part of the fashion industry,” Luvaas says.

Just as technology-enabled “democratization” of the creative work of music, journalism and amateur art has impacted the livelihoods of established content creators, new entrants have changed the field’s economics.

“Online fashion magazines now have such a plethora of professional-quality images to choose from, they barely need to pay anything to attain them,” explains Luvaas. “Many amateur photographers are willing to give away their photos for free, in exchange for name-recognition and increased traffic to their websites.”

Why pay for content at all, when you can get it for free?

Even professional fashion photographers are no longer as competitive as they used to be, says Luvaas.

“There may be far more avenues for photographers to get their work out there than there ever have been, but making a living as a photographer has never been more difficult,” Luvaas says. “Increasingly, the cultural industries depend on volunteer labor. And volunteer labor, by definition, is labor that doesn’t pay.”

Nels Frye, of Beijing-based street-style blog Stylites, who has since moved on to being an editor-in-chief at LifeStyle Magazine, says that the scene peaked three or four years ago. “At some point,” he says, “you have to figure out a financial model.”

“A lot of people who are getting involved in street style now, or blogging in general, don’t share the DIY ethos that defined the early blogs,” says Luvaas. “These are people who admire fashion and would like to be part of that world and see blogging as an avenue in, rather than attempting to maintain some sort of outsider position. DIY is a measure of democratic potential, and street-style photography as it’s practiced now is by no means DIY. Most of the people who are doing it are using $10,000 cameras and lenses, very often paying to have their blogs professionally managed.”

“Now, if you are involved in street style, you are also complicit in the fashion industry,” he says.

Some photographer-bloggers have responded to the changing scene by eschewing Fashion Week altogether and returning to shooting ordinary people on the street — or at least, looking like they do.

Styleclicker’s Hämmerle, for example, now has a professional career shooting for GQ and Condé Nast affiliates in Europe, but a couple of years ago he removed all of the ads from his blog and now only posts photos from Munich, where he’s based, using blown-out exposures made to look intentionally amateurish. “He’s continually navigating that line [between insider and outsider]. He still sees himself as an outsider even though he’s kind of within,” Luvaas says.

“There is this tension, or an ongoing debate, about what gets to count as street-style,” Luvaas says.

“There are certain people who try to maintain this kind of street-style thing within the fashion world,” Luvaas says. He knows of one well-known blogger who intentionally shoots his subjects a block or two away from the Fashion Week tents. “It creates the illusion that he’s just wandering the streets, even though he pretty much only shoots industry people,” Luvaas says.

Luvaas believes that the attempt by Fashion Week organizers to “reinstate a fashion elite” by restricting invitations may further motivate photographers to return to cataloging street style in its purest form.

“There will be people saying, ‘You know what? I don’t have any potential hope for being a part of this industry, but I don’t really care. I’m just going to do the kind of stuff that I’m interested in doing, that focuses on real people, and stays away from all that,’” Luvaas says.

And though the anthropologist claims that “the outside doesn’t really exist anymore,” when looking at his carefully candid photos of ordinary people on the street, it’s clear that he hopes that that isn’t true.