Posted in Departments, Summer 2014, From the Collection

Soviet-era Polish posters and the art of oblique protest. 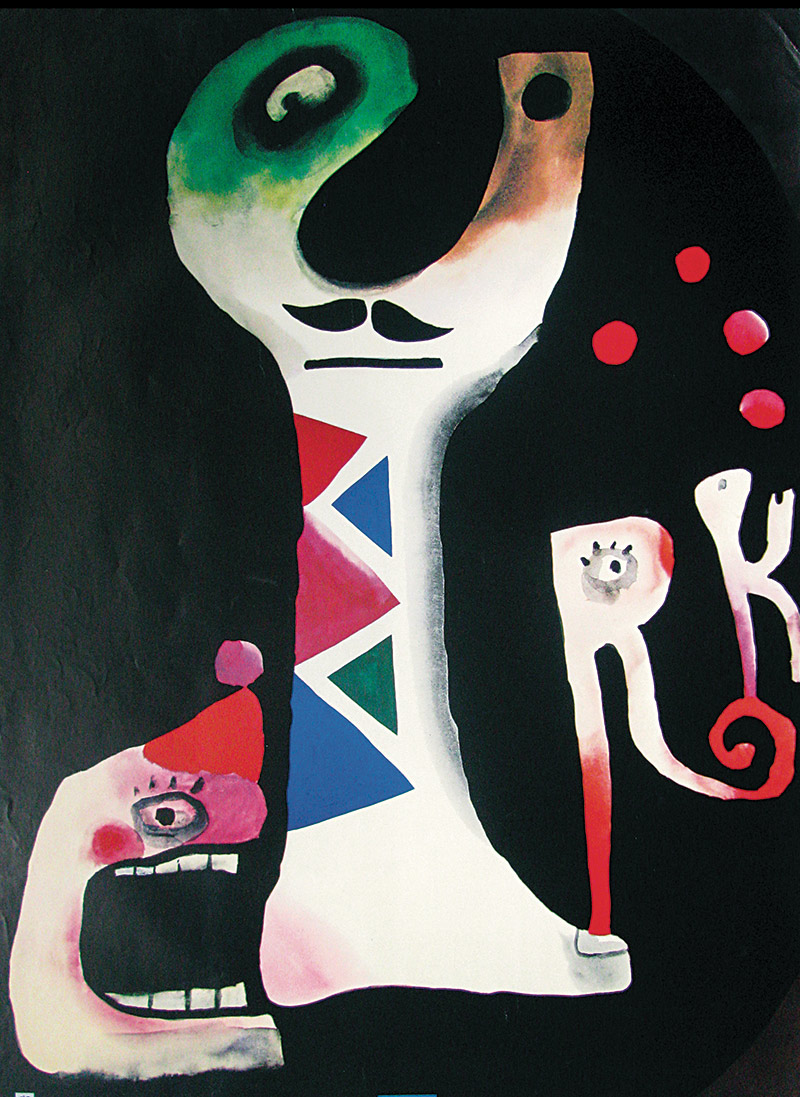 Everybody loves a circus — except when life has become a mad circus and citizens see the “tent” around them as a prison, as was the experience of many Polish citizens living under Soviet influence in the 20th century. Polish poster art and design emerged at the end of World War II and reached its height during the Cold War. Many artists of the time used allusion and metaphor to present sly commentary on the totalitarian state while eluding official state censors, according to Mark Willie, teaching professor in the Westphal College of Media Arts & Design and steward of Drexel’s poster collections. Drexel owns the Frank Fox Polish Poster Collection and the Kenneth F. Lewalski Polish Posters Collection, housed in Drexel’s URBN Center. Together, they represent one of the country’s largest collections of Soviet-era Polish posters.

Over the past several years, a number of undergraduates have explored the collection in their research. Recently, graphic design junior Courtney Sabo studied subliminal messaging in posters designed for the Russian circus (“cyrk”) in Poland, for a project titled, “Beyond the Big Top: The Art of the Polish Cyrk Poster.” Some of her analysis is presented here.

“During this period, poster artists focused on creating well-designed pieces of art rather than developing advertisements,” she says. “With this artistic freedom, artists’ individual styles flourished through their brilliant compositions.”

[box type=”shadow”]Lions, tigers and clowns – oh my!
In the 1960s, the Polish state entertainment Agency commissioned poster artists to create promotional pieces for the circus, or “cyrk,” imported from the Soviet Union. When the circus first toured Poland in the 1950s, Warsaw’s Jan Mlodozeniec (1929–2000) and Wroclaw’s Jerzy Czerniawski (1947–present) were two among many artists who covered the streets with illustrative design posters promoting the circus. As with many other Polish posters of this era, some of the colorful posters for “cyrk” sent subliminal political messages to the public.[/box] 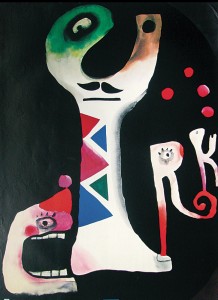 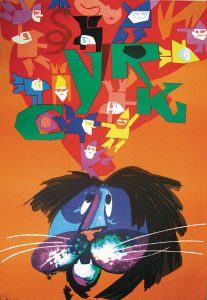 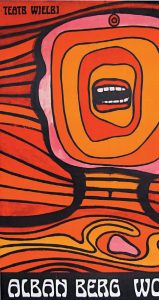 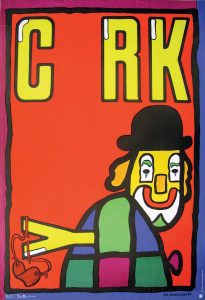 Jan Mlodozeniec, Cyrk, 1979 – Frank Fox Polish Poster Collection at Drexel University. This poster for cyrk by Mlodozeniec features simplified flat shapes, bright colors and a bold font. the clown wears a top hat and carries a slingshot made of the letter “y.” The viewer could interpret the actions of the clown as he sneaks out of the frame with the “y” as an underlying message about sociopolitical issues. 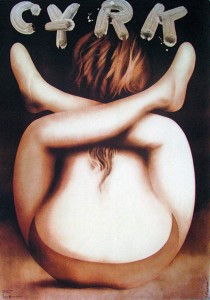 Jerzy Czerniawski, Cyrk, 1975 – Frank Fox Poster Collection at Drexel University. Some circus posters did not send any feelings of happiness. Here, Czerniawski creates discomfort with the monotone figure that sits in an abnormal pose and refuses to look at the viewer. Although viewers can perceive the character as a flexible acrobat, this poster could symbolize irritation felt by the Poles in the Soviet economy. 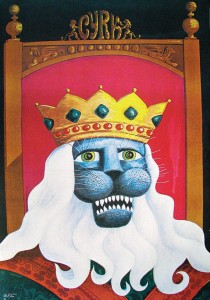 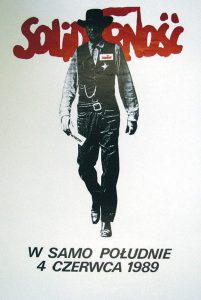 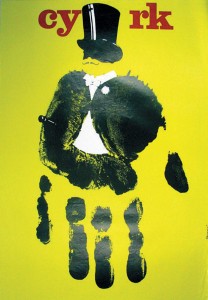 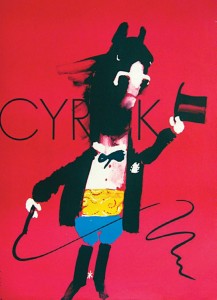 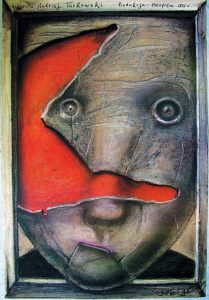 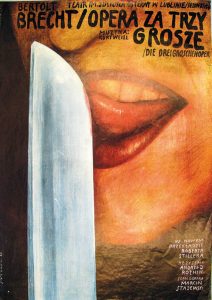 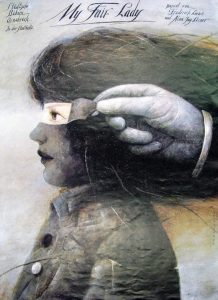