By Katie Clark
Posted in Departments, Fall 2012, From the Collection 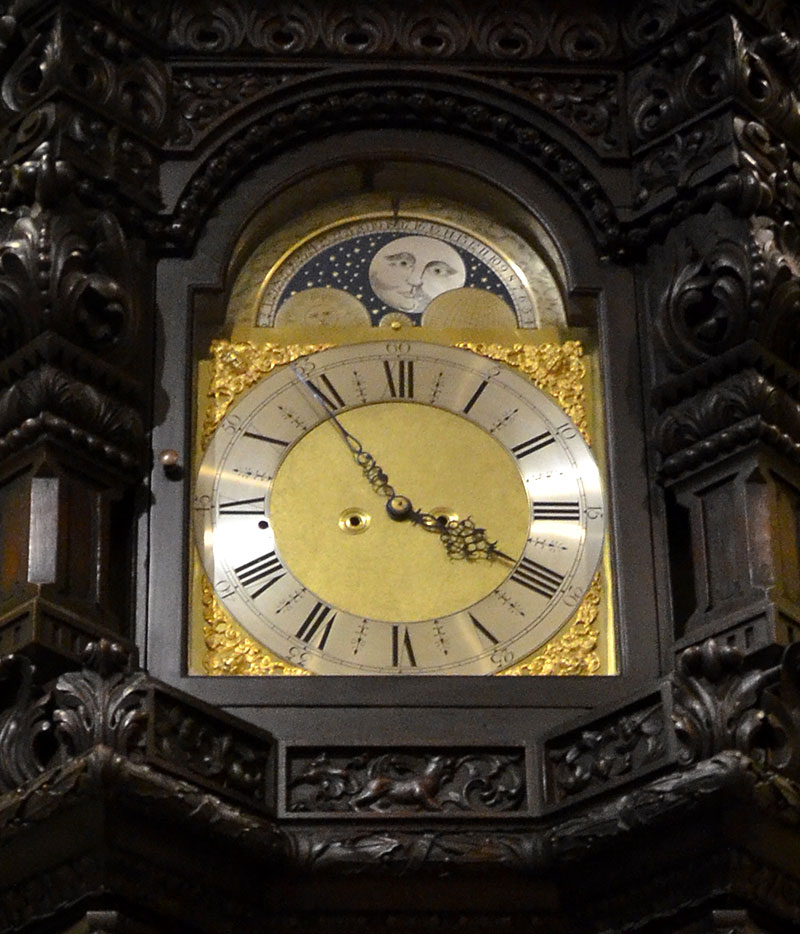 Every hour on the hour, a majestic 12-foot clock outside of Provost Mark Greenberg’s office in Drexel’s Main Building tells the time with a series of modest gongs. But this handsome piece of history has another story to tell— the story of how it got a second chance.

The clock, with its impossible-to-ignore ornamental carvings, sits in its new space in Main Building like it’s been there for centuries. The truth is, just a few short months ago, the clock was tired and crumbling, tied to a pillar in the shadows of a storage room with a thick layer of dust masking its potential. It was secured to the pillar for stability—in 1956, the piece fell and was severely damaged after the elevator explosion at the Tidewater Granary at 31st and Market streets.

One might have said it was damaged beyond repair but, because it was gifted to the Drexel Collection in 1911 by Mrs. George W. Childs, it was not to be discarded. George W. Childs was a decades-long family friend and business partner to University founder Anthony J. Drexel. “We never get rid of anything given by Mr. or Mrs. Childs,” says Drexel Collection Curator Jacqueline DeGroff. “It’s an unwritten rule.”

“We could see that [the clock] had real potential,” she adds. “Since we had some funds for conservation, it seemed like a great candidate.”

Enter Alan Andersen, a specialist in antiques restoration and conservation, and Bob Desrochers, an expert in clock repair, who were chosen to work on the clock. Once the clock made it to Andersen’s shop in Cochranville, Pa., he and his team set to work cleaning the clock, taking portions of it apart, making and blending in missing pieces, stabilizing and regluing—basically getting the case sound once again.

“I think it’s stunning,” Andersen says of the finished product. “I couldn’t be happier with how it turned out.” Still, Andersen says, even as he helped install the restored clock in its place outside the Provost’s office, he couldn’t help but feel something was missing. “While the clock was in the shop, we saw there were a couple of holes drilled into the very top of the hood [the area around the mechanical face of the clock],” he says. “We knew at some point something was attached to the top of the clock, but we didn’t know what.”

On the day of the installation, DeGroff asked Desrochers and Andersen to take a look at another clock that was being considered for conservation, and the three walked to an art storage room on the fourth floor of Main Building.

“I was in the room just looking around and I saw some parts sticking out of a cardboard box,” Andersen says. “I realized that I was looking at the finials that go on top of the clock. As I’m holding these finials, I see another box with the cartouche that goes in the center between the two finials. I couldn’t believe it. I was dumbfounded.”

Andersen began immediately working on the decorative pieces of the clock and two weeks later, they were ready. “[The finials and cartouche] really completed it and added another foot and half to the clock,” says Andersen. “The hood really needed that ornamentation. It just completed the whole story.”

Clockmaker Bob Desrochers, meanwhile, says the work on the mechanical portion of the clock took about three months to complete. “The works were very badly worn,” he says. “There was a lot involved to bring that back up to speed.” The most challenging job, Desrochers says, was restoring the clock’s dial. Typically, the numerals are engraved into the dial; in this case, they were painted on, a cheaper but less popular method at the turn of the century. Desrochers, like Andersen, takes pride in the final product.

“It’s a fantastic piece and very unique. I really hope the students and faculty admire it,” he says. 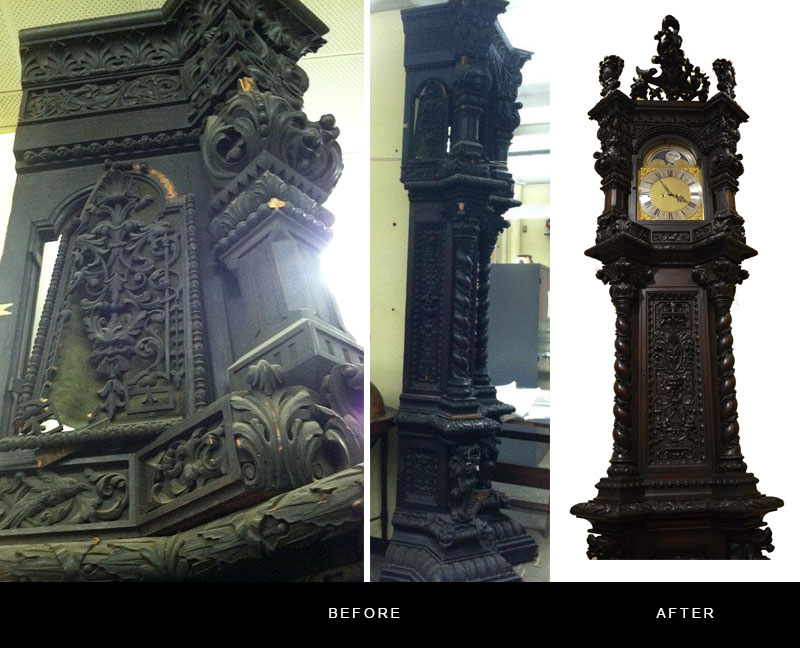 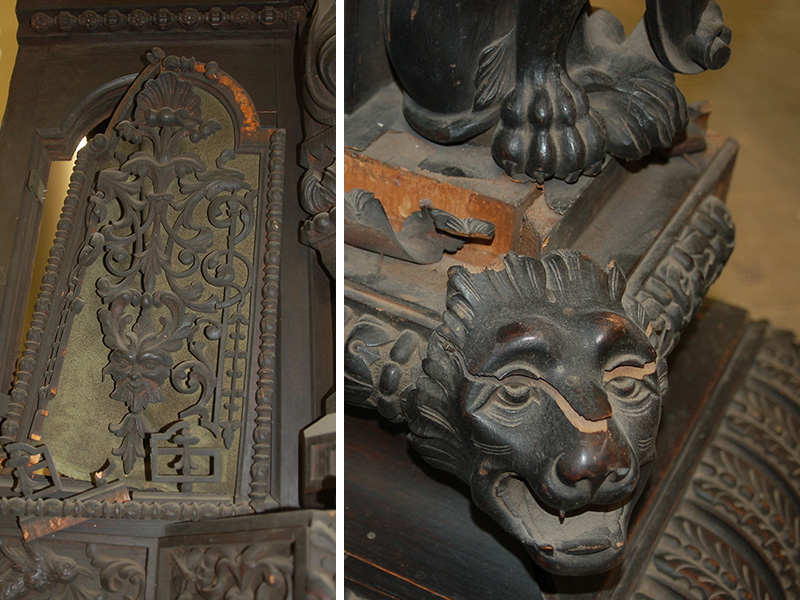