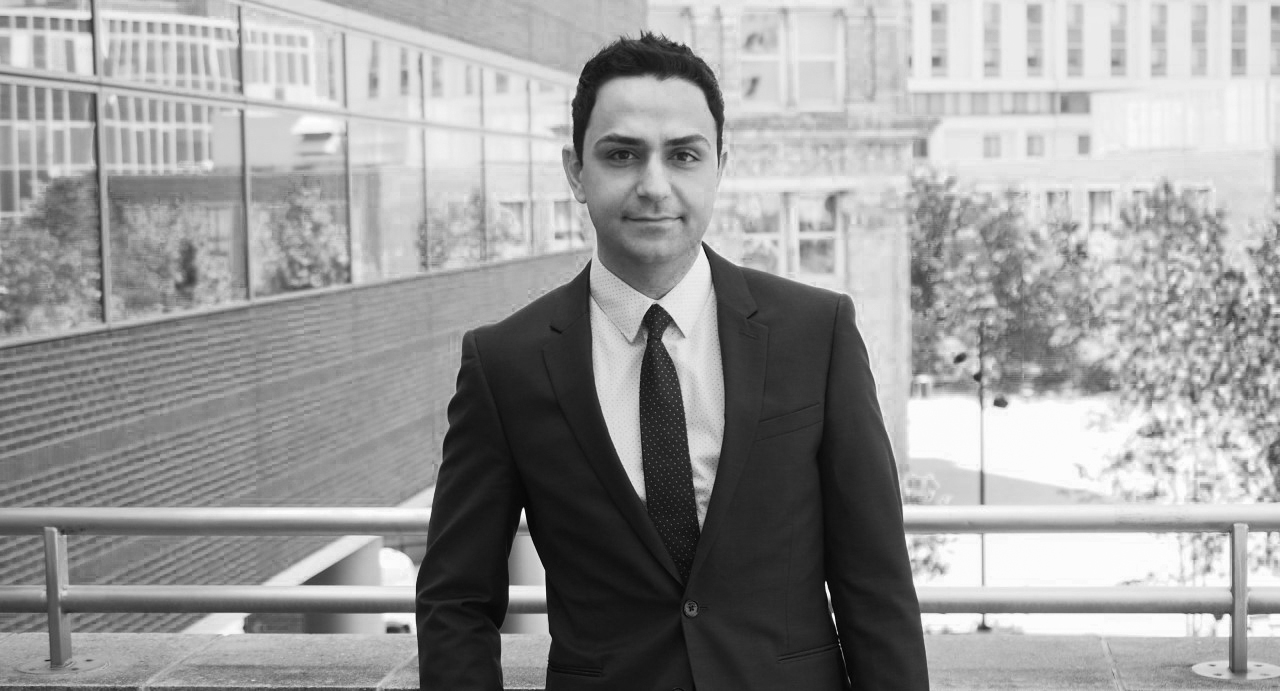 Babak Anasori not only discovers nanoparticles, he illuminates them so that the rest of the world can experience them. Anasori is currently an assistant professor and principal investigator in the Anasori Research Lab in the Indiana University Purdue University Indianapolis, but his career began at Drexel. After finishing his PhD in 2014, he continued as a post-doc in the A.J. Drexel Nanomaterials Institute. During that time, he made a significant discovery in the field of materials science: a subfamily of MXenes, known as ordered MXenes, by combining two different transition metals in different layers of 2D metal carbides — something previously thought to be impossible. Anasori’s research on MXenes’ potential to revolutionize energy storage and other applications has produced nine patents and more than 100 papers. He was twice named to the most Highly Cited Researchers list by the Web of Science Group, which identifies the pioneers of each field over the last decade whose papers rank in the top 1 percent of citations. While at Drexel, Anasori received three teaching awards including the “Teaching Achievement Award,” the highest level of recognition for a teaching assistant. Beyond the classroom, he guided the research of 15 undergraduate students who mostly have gone on to pursue their PhDs at top engineering universities. In 2016, Anasori launched an international science image competition called “NanoArtography” that brings the nanoscale to life, as a way, he says, to bring awareness to the public of something “that’s everywhere” but they can’t see. Since its inception, the competition has attracted more than 500 submissions from around the world and his eye-catching work has been featured in National Geographic, The Washington Post, and the BBC among others. In his nomination of Anasori, Distinguished University and Charles T. and Ruth M. Bach Professor of Materials Science and Engineering Yury Gogotsi praised Anasori for understanding how essential the visual aspects of science and engineering are to fostering an appreciation for the field. For his exceptional scholarship, teaching, research and artistry, Anasori has received more than 30 awards and recognitions including MRS postdoctoral award, a Drexel Doctoral Research Excellence Award and numerous visual science awards.

My Greatest Accomplishment: I truly hope that best is yet to come! So far, in research, it has been the discovery of a subfamily of MXenes, being among the most highly cited researchers, and a top trending author in my fields. I am proud of these recognitions because they are simply data-driven and not subjective. Beyond research, I am excited about the activities that I initiated to bring awareness to the public about science, for instance, the microscopy image competition I started during my time at Drexel, called “NanoArtography.” This competition has become an internationally recognized competition and growing bigger every year. Most of all, what is rewarding and makes me feel accomplished the most is the students and researchers whom I impacted. The best is when a former student tells me that my interaction with them helped their career advancement.

How Drexel Helped Me: I think of myself as a Drexel-made researcher and educator. Drexel’s inclusive environment where you can get recognized based on your work gave me the opportunity to grow. I did my PhD under Professor Michel Barsoum and my postdoc under Professor Yury Gogotsi at the Materials Science and Engineering Department, where I learned the essentials of high-quality research, scientific writing, successful collaboration, motivational leadership and was pushed to realize my full potentials. Everyone at Drexel is approachable and open to new ideas! From President John Fry, to the provost to the head of research, everyone, even at the highest/busiest level, makes themself available for personal interactions and encouragement. Drexel Graduate School programs and recognitions also made me a better educator. I don’t think Drexel ever stops helping me! Since I started as an assistant professor, Professor Yury Gogotsi has become my external mentor. He is now guiding me in areas that are new to me. While he sets the best example of how to be successful, he makes himself available to his mentees at all times, as if he has made a lifetime commitment! There are hundreds of Drexel faculty, staff and Dragons who have helped me along the way. In short, Drexel provided all I needed as a PhD student and then as a postdoc to succeed in my career.

What Success Looks Like to Me: Success for me is to continue the positive generational influence that Drexel seeded in me. The same way that my time at Drexel changed me, success to me is when I know I have made an impact on my students’ career and helped them become better researchers and engineers. In research, success is to observe a new research area that we initiate to grow into an important research topic and impacts human wellbeing.

How the Past Year Has Influenced Me: Like most people on the planet, it made me realize nothing is certain and helped me appreciate the value of life and being healthy. The challenges and lockdowns during my tenure-track time made me think of how I can overcome the obstacles when we don’t have access to the resources we take for granted. For education, it made it clearer than ever that the education system will change soon and virtual learning will become dominant. Also, I realized how online teaching and mentoring could be difficult to keep the students interested and engaged when there are no in-person interactions and made me think and plan how to overcome them in the future.

My Top Post-Pandemic Plan: Like everyone else: to travel, see friends and family and appreciate life and advance my career. Also, I hope to continue the inclusive virtual environment that the pandemic created, where every student and researcher could attend seminars and conferences and interact with scientists around the world. We had the resources to do this pre-pandemic, but these interactions were not possible. To make the virtual environment more effective, we need to plan to overcome the challenges we faced in 2020–21. For example, the same way that we moved from cellphones to smart screens and devices in the past decade, we can transition from smart screens to virtual reality (VR) and augmented reality (AR) by the end of this decade, a step necessary for successful virtual teaching and interactions. My colleagues and I at the Purdue School of Engineering and Technology started a pilot project to design and develop augmented reality apps for nano education. I hope one day (soon) we can teach in VR and AR and make education available to everyone around the world to bring more inclusion for education and cutting-edge science. We all need to start designing our avatars!