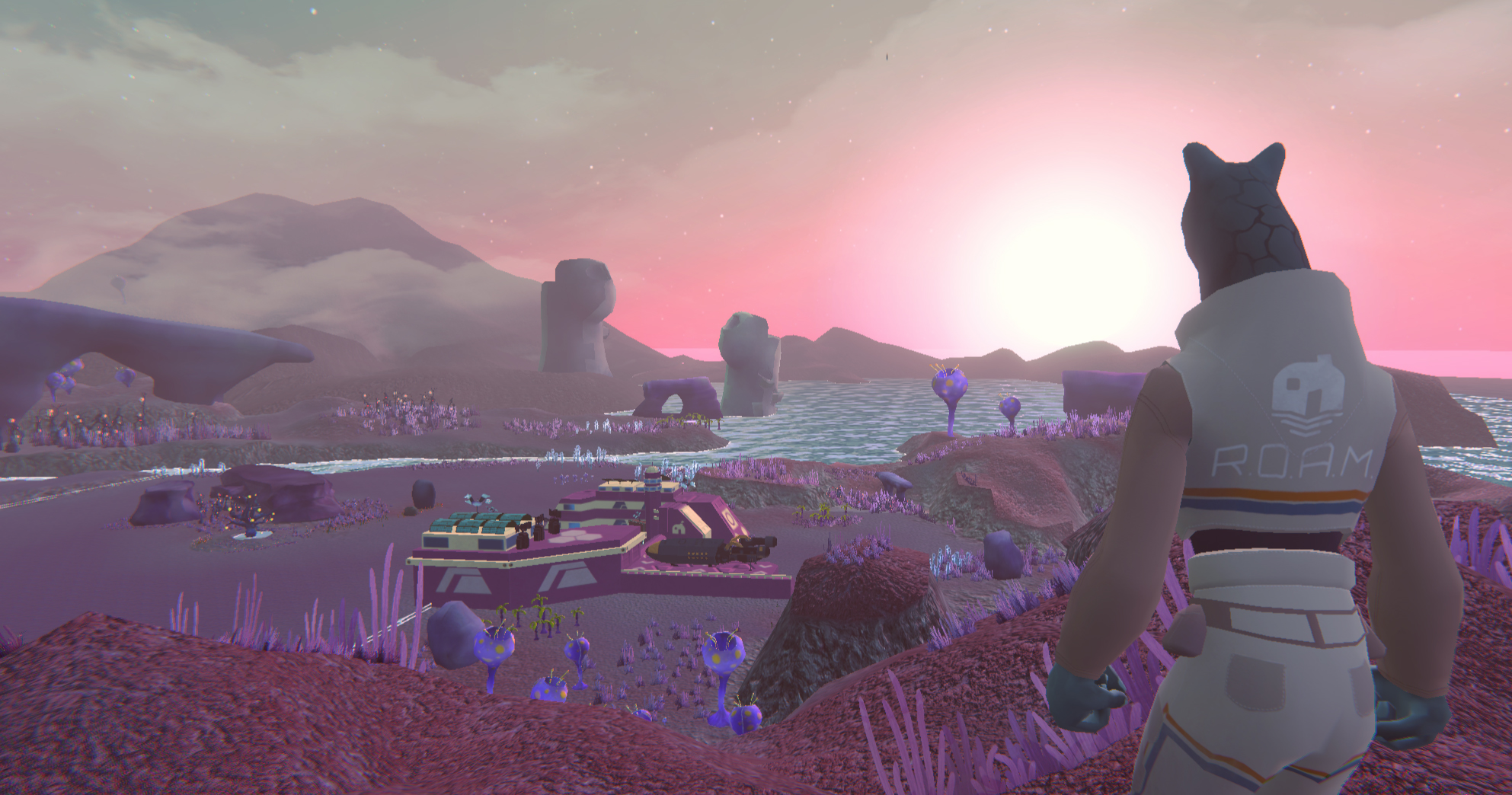 In “Resilience,” the first-person player is a humanitarian worker of the Murian species, who must manage the camp’s budget, build facilities and maintain residents’ wellbeing. The game’s challenges intensify over time as money runs out, overcrowding accelerates, facilities wear down and resettlement opportunities become scarce.

When Lily Lauben ’20 decided in high school that she wanted a career telling meaningful stories through video games, she studied the “serious” games promoted by New York-based nonprofit Games for Change, which runs an annual festival to showcase the small but growing subgenre of games designed for a cause.

Little did she know that just five years later, a serious game she built at Drexel with a cross-disciplinary team of fellow Dragons would win a “Best Student Game” award in the Games for Change Awards, the nonprofit’s premier game competition.

Winning the final award at the ceremony on July 14, 2020 was indescribable, she says. “[Games for Change] were a huge source of inspiration to me,” she says. “Just being a finalist, I was star struck.”

“Resilience” is a sci-fi city-builder game set in a refugee camp on an alien moon orbiting a wealthy intergalactic empire, populated by a four-eyed, cat-like species called Murians. Lauben conceived the idea for the game and it was then designed and produced by a team of 18 students and several faculty advisors under the label Sungrazer Studio. 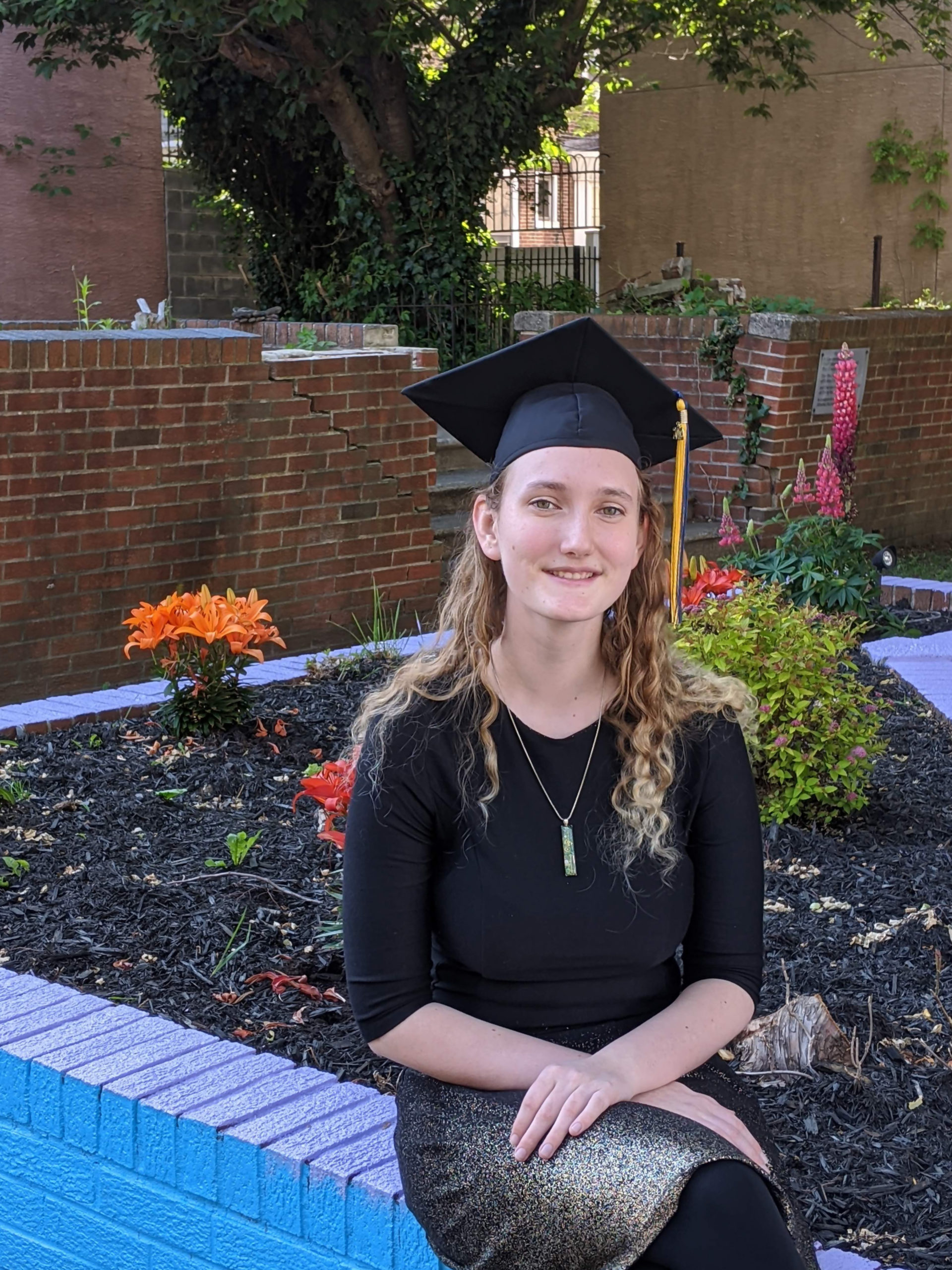 Lily Lauben ’20 received her dream graduation gift when she and the Sungrazer Studio game development team won an industry award for her game idea.

Grounded in deep research of the conditions facing the world’s 26 million real-life refugees, many of whom are packed in crowded and under-resourced camps, the game aims to foster empathy and understanding for people forced to flee their homes.

For instance, while most people think of cell phones as a status symbol, Lauben’s research taught her the importance of equipping camps with phone chargers (or the Murian equivalent). “You think of refugees as being so different from you and coming from such different circumstances, but they have phones, too, and their phones have all of their photos from home and their memories,” Lauben says. “That’s how they keep in touch with one another in camps.”

Like real-life refugees, Murians deal with family separations, sickness, estrangement and displacement, and trauma or longing for lives they left behind. The first-person player is likewise a Murian, in the role of a humanitarian aid worker who must manage the camp’s budget, build facilities and maintain residents’ wellbeing. The game’s challenges intensify over time as money runs out, overcrowding accelerates, facilities wear down and resettlement opportunities become scarce.

“If you look down in the game, you have the same hands as them; you are one of them,” says Alex Gallegos, BS game design ’20, who served as technical director for the project. “They’re like your brothers and sisters.”

Serious games make up just 2.5 percent of the roughly $140 billion global games market, and Lauben says it wasn’t easy finding a game design program where she could focus on the genre.

In the end, Drexel was the only university in the country she found where she could design her own major to include game design, computer science and humanities. “Resilience” was the senior capstone for her custom-designed degree in serious game design from the Pennoni Honors College.

“It was so fortunate that I found it and I was able to get into the program and able to get a scholarship,” says Lauben. “It was just the perfect match.”

Now a college graduate, Lauben works full-time as a developer at Night Kitchen Interactive, a Philadelphia-based design company that creates games, websites and other interactive experiences for museums and cultural institutions. She would love to see the serious game design genre catch on and outgrow its label. “We don’t say ‘serious’ movies, we don’t say ‘serious’ websites, we don’t say ‘serious’ books; I’d love for games to just become games,” she says. “I’d love for games to be about something other than just entertainment, and for the industry itself to change. I think we’re getting there.”

“Resilience” is available for download for PC, Mac or Linux from the Sungrazer Studio website at www.sungrazerstudio.com or Itch.io.

Your investment in Pennoni Honors College allows students like Lily to design their own major and shape their future.