By Mike Unger, Photos by Tommy Leonardi
Posted in Features, From the DAC, Summer 2019

From early setbacks to ultimate success, the squash team that didn’t even exist eight years ago just finished its best season ever. 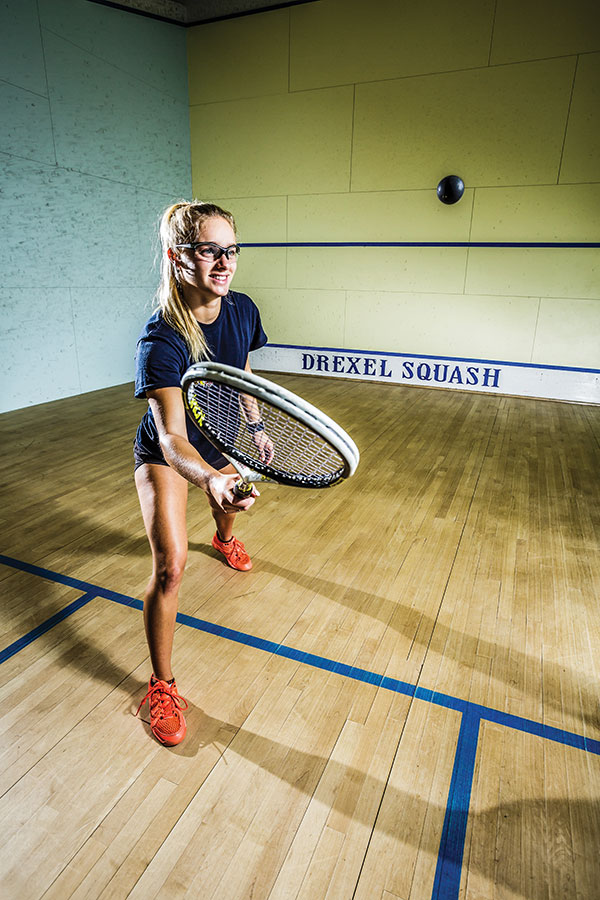 The bookends of the Drexel women’s squash team’s season tell you all you need to know about the direction of the program.

On Nov. 11, the Dragons lost a close 5-4 decision to archrival Penn in the second match of the year. More than three months later, Drexel ended its best season ever by defeating the Quakers in the Howe Cup College Association National Championship consolation match to finish No. 7 in the nation, the highest ranking in program history.

“It all came down to their determination and self-belief,” says Coach John White. “They started to get the wins toward the end of the season and started to believe in themselves a little more and realized that they’re a team that the top players don’t want to play.”

Fiona Power, a senior from Ireland, won her match and played a key role in Drexel’s success all season. Despite that initial loss to Penn, she and her teammates came away from the experience hopeful and optimistic, not down.

“We knew with our new team we could finally break that top eight and start competing with the top teams,” she says. “After that game we saw our potential and set a higher bar for ourselves.”

Following the Penn setback, Drexel defeated ranked opponents Virginia and Dartmouth in two of its next three matches. In January, the team notched its first-ever win over Cornell, an Ivy League power ranked No. 12 in the country at the time. The season also included victories over Top 25 foes Williams and Colby.

White has tried to instill a culture of success since he became the program’s first coach when it was established eight years ago. After several long and trying years in which he had to educate potential student- athletes about the mere existence of Drexel’s program, he finally sees signs that the team is ready to become elite.

Now, instead of scouring the internet for players, he travels to tournaments overseas in search of top recruits. Rather than trying to convince players to come to Drexel, many contact him to inquire about being recruited.

“The top eight was our goal this year and we got that,” he says. “The next level is to stay there. We’re all looking at the same recruits. We’re all trying to get them to visit and seal the deal. It’s just a matter of presenting Drexel Athletics and Drexel University to the prospective student-athlete and their parents and get them involved in the program.”

Players like Hannah Blatt have helped propel Drexel to its lofty heights. The sophomore from Canada followed up a 17-4 season, when she played primarily in the No. 4 spot, by reaching No. 1 on the team. White praises her for her determination and competitiveness, characteristics she sees in her coach as well.

“John is a legend in the squash world, and his presence helps to attract and develop great players,” she says. “His accomplishments and past experiences [are] infectious to us all. I am convinced that the best is yet to come.” 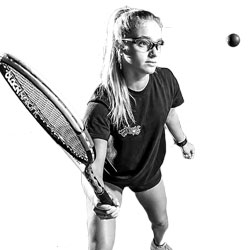 “We knew with our new team we could finally break that top eight and start competing with the top teams.” — Fiona Power ’19