Misinformation about young voters has created blind spots in recent elections that serve neither voters nor candidates. 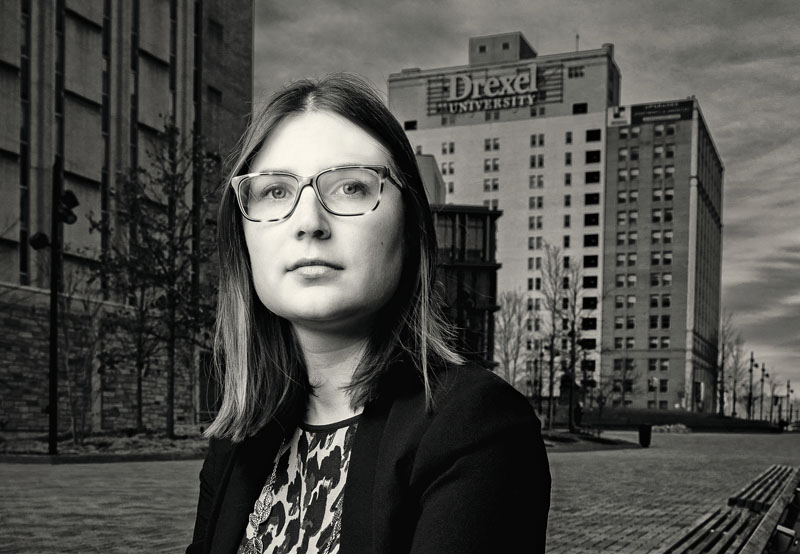 Imagine waiting in line for seven hours to vote only to get to the booths and be told that you were not on the registered voter list. Imagine being told that you could cast a provisional ballot, but you would have to go to the voting bureau within a week and prove that you were registered and legally had the right to vote. Imagine walking away from the line considering never trying to vote again.

For many voters, many of them new to elections, that really happened during the 2012 presidential election in Phoenix’s Maricopa County, Arizona — and if the state’s problematic March primary was anything to go by, it could happen again in 2016.

Hidden behind the media coverage of President Obama’s victory in 2012 was a voting crisis that impacted many groups, including the much-talked-about millennial generation — those born between 1981 and 2001 who are children of the Baby Boomers or Generation Xers.

In the months leading up to the election, journalists speculated endlessly about this newest group of eligible voters, questioning if they were politically engaged enough to show up to vote. Despite a record-shattering voting turnout of 50 percent by millennials in 2008, four years later the general public and news media seemed unconvinced that the group belonged in the political process.

This uninformed view, which I documented in my new book “Media, Millennials, and Politics,” based on hours I spent studying messages in major political news outlets during the election, fueled a fire that I argue resulted in millennial voter disenfranchisement on Election Day.

How? The answer is problematic early polling results.

In both elections, news reports wrote of the youth vote because they relied on faulty poll results that predicted that millennials would avoid voting, fundraising and all forms of civic participation.

How did pollsters — and ultimately the media and campaigns — get the millennial generation so wrong?

Both 2008 and 2012 exposed major weaknesses in polling industry measurement techniques. First, as has been widely reported, the majority of polling firms contacted only landline telephones, which are less expensive for polling firms to call because robo-dialers are permitted with landlines but not with cell phones. Millennials, as well as many low-income groups, use cellphones as cheaper alternatives — thus eliminating those individuals from polling databases.

Second, as Nate Silver of The New York Times has noted, many polls removed millennials from their samples because reaching a representative number of young people requires calling a larger sample, which is costly.

Third, prominent polling organizations such as Rasmussen Reports used a traditional polling technique that eliminates outliers (such as a new generation) from past election results and only polled dominant groups. Rasmussen himself confirmed that methodology when appearing as a guest on “Hannity” after the 2012 election.

The combination of these three factors meant that millennial voters were virtually silent in national election polls.

As a result, journalists had an incomplete picture of millennial preferences, which skewed the public discourse about them.

If that were all, it would be regrettable, but not necessarily impactful. But the bad polling data also skewed the results of the election. Preliminary polling data is used to determine how many voting booths should be sent to each location on Election Day. It can also influence whether a voting center should be shut down, relocated or expanded. Since polling data suggested millennials were not going to vote, voting bureaus across the country eliminated voting centers on college campuses and other areas with high millennial populations. This included places like Maricopa County, Arizona.

Maricopa County is an important piece of the puzzle when looking at the relationship between bad polls and millennial voting. The county has a large number of Latino millennials, which local organizations worked diligently to register. Small organizations such as Adios Arpio, who sought to vote out a controversial local sheriff , registered 30,000 new millennial voters alone. Despite this incredible feat, on Election Day Rachel Maddow reported that 10,000 of these new voters were turned away from the small voting centers in the county. The voter registrar was never updated to reflect the new voters, and bad polling data justified the reduced number of machines. As a result, many would-be voters never reached the ballot.

2016 AND THE FUTURE OF POLITICS

As I observe the current election unfolding, it’s apparent that this story could easily repeat in 2016.

In fact, in March, Maricopa County was once again in the headlines after its primary revealed that election officials again underestimated the number of polling centers they would need. With just 60 polling centers for the 1,250,000 eligible voters in the county, long lines grew and many voters were unable to cast a ballot before the election was called.

And there have already been cases where national poll predictions have failed to anticipate the size of the youth vote — such as the huge youth turnout for Bernie Sanders that gave him an upset victory in the Michigan primary. Almost every poll had Hillary Clinton beating him by 10 or even 20 points.

As in past years, the media still seems prone to disparage millennials. Recent headlines such as “Millennials Unwilling to Fight Against ISIS: Poll” from MSNBC and “College Campus Protests: This Is the Generation That Will Destroy America” from Fox News create a depressing narrative of millennial political engagement.

Headlines like these were what motivated me, when I was a communications graduate student at Drexel, to begin studying the way the media covers young voters, particularly in the context of presidential elections. By analyzing six years of diary entries millennials kept on politics and the media, I was able to see how young people react to these largely negative depictions of themselves. The results weren’t pretty, but they do provide insight into what the future of the generation may mean for American politics.

“While watching 200 hours of political news coverage of the 2012 election for my book project, I saw segments that blamed millennials for the Detroit auto industry failure, the 2008 financial collapse and even George W. Bush’s 2000 victory,” says Alison Novak. “Largely missing from traditional news outlets are stories about youth civic engagement, volunteerism and positivity.”

Seeing the inaccuracies of their own representation, millennials have become very critical of the American news industry. Just 27 percent of millennials regard traditional news outlets as “trustworthy,” according to a PEW Research Center report.

In the course of writing my book, I found millennials’ criticism is justified: Traditional news sources often blame millennials for problems outside of the group’s control. While watching 200 hours of political news coverage of the 2012 election, I saw segments that blamed millennials for the Detroit auto industry failure, the 2008 financial collapse and even George W. Bush’s 2000 victory. Largely missing from traditional news outlets are stories about youth civic engagement, volunteerism and positivity.

This is likely one reason that millennials are attracted to digital news sources such as sites like Elite Daily and Buzzfeed, which reflect the millennial generation positively. According to the PEW Research Center, 74 percent of millennials get their news from digital sources exclusively.

In fact, more Americans of all ages have shifted toward digital news over the past six years and digital sources are now used by three quarters of the population, according to the Pew Research Center. The 2016 election will be the first in which more voters of any age turn to digital news sources rather than to traditional media, surpassing cable. Less than half of the population relies on television for news now. These changes could mean that inaccurate narratives about millennials have less power than they once did. 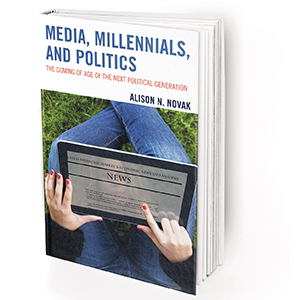 There are also positive signs that millennials’ influence and political engagement are being recognized. In the aftermath of 2008 and 2012, many pollsters changed their techniques to include younger age groups. At press time, prominent political groups and news outlets such as AARP, USA Today and the Wall Street Journal report that millennials may once again have record turnouts. NPR even released a list of 10 states that are likely to be decided by millennial voters. These are refreshing improvements over previous years.

It is difficult to predict the ultimate outcome of these changes, but it’s clear that millennials have dramatically shaped the past two presidential elections, and it is likely they will do so again this year.

Alison N. Novak is an assistant professor of public relations at Rowan University and a 2014 graduate of Drexel’s communication, culture and media doctoral program. Her work explores youth engagement in civic and political campaigns, and she has closely studied millennial voting behavior and their representation in the 2008, 2010, 2012, and 2014 elections. Her recent book, “Media, Millennials, and Politics: The Coming of Age of the Next Political Generation” was published by Lexington Books on March 15, 2016.