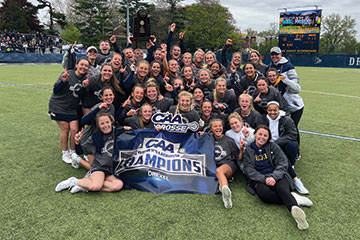 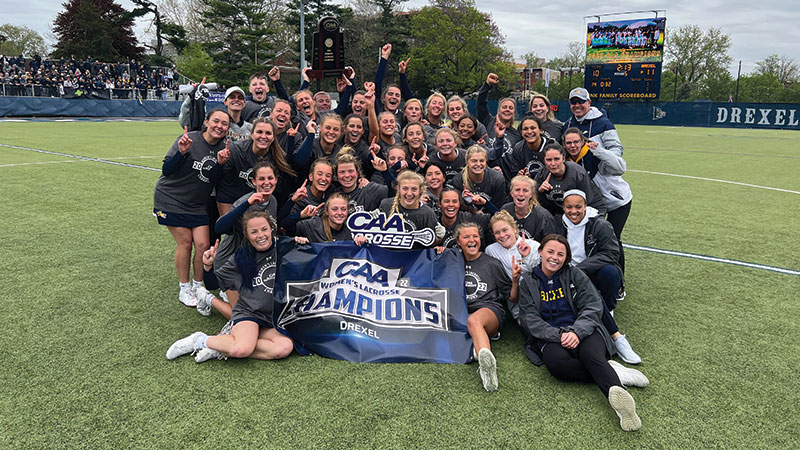 The Dragons dominated the No. 1 seed Towson University starting in the first quarter of the conference title game on May 8, 2022. Led by graduate student Lucy Schneidereith, a midfielder who coincidentally graduated from high school in Towson, Maryland, the team asserted its authority throughout most of the game. In the first 5:29 minutes, the team had tallied a 4-0 score.

The Dragons ended the first quarter 5-3, the second quarter 8-4 and the third quarter 10-8. It was not until the final quarter that Towson clawed its way back to a 10-10 tie.

Less than a minute into overtime, graduate student Colleen Grady passed to attack junior Allison Drake, who found the back of the net, enabling the Drexel women to win 11-10.

The showdown on Vidas Field marked the second time in as many years that the Dragons had played in the championship game.