RAZOM, a nonprofit co-founded by alumna Olya Yarychkivska to support Ukraine’s independence, has been a lifeline since Russia’s invasion began. 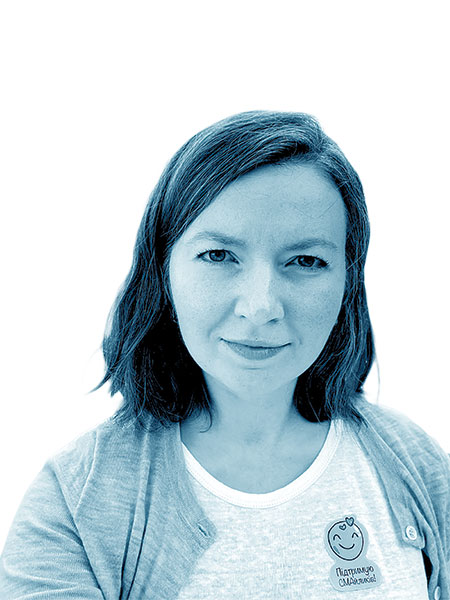 Russia’s assault on Ukraine displaced millions of citizens, killed thousands of civilians and turned cities into piles of wreckage. From her home in New York City, Olya Yarychkivska (BS biological sciences ’09) observed the events with foreboding, knowing that her grandmother lives alone in Nadvirna, in western Ukraine.

The war quickly became a pivot point for RAZOM, a nonprofit Yarychkivska co-founded in January 2014, just as a democratic uprising known as the Revolution of Dignity gained momentum, leading to the overthrow of President Victor Yanukovych and the Putin-backed government.

The clamor for democracy and closer ties to Europe inspired Yarychkivska and other expatriates to form RAZOM, which means “together,” to expand Ukraine’s capacity in health care and information technology, to document human rights abuses and to build a network of support for the country around the world. In its first eight years, RAZOM raised $1 million and attracted 1,200 supporters.

“All of our focus shifted to emergency response,” Yarychkivska says. “We’ve been able to scale up what we do.”

A team of drivers delivers supplies by the busload to Dnipro, Donetsk, Kharkiv, Kyiv, Mykolaiv, Odessa and Zaporizhzhia, cities that face heavy bombardment.

RAZOM has raised $40 million since the invasion began.

“Because we have trusted people on the ground, we can assure our donors that we deliver to the very end users and it doesn’t collect dust in a warehouse,” Yarychkivska says “It will be immediately be delivered where it’s needed to stop the bleeding.”

By late April, RAZOM had provided more than 200 tons of medical equipment and communication devices. The organization facilitated the evacuation of more than 300 people from Donetsk in early April, around the same time that a Russian missile struck the train station in Kramatorsk where fleeing civilians had gathered.

The organization also managed a small evacuation of children with spinal muscular atrophy, who use wheelchairs or ventilators that keep them from boarding crowded buses or trains.

Voicing gratitude for support Ukraine has received from the U.S. government and citizens, Yarychkivska says there are myriad ways to get involved.

“I’m a scientist,” says Yarychkivska, a postdoctoral fellow at Rockefeller University. “I never wanted to talk about weapons. But it’s the only way to stop the war.”