In a typical year, more than 92 percent of Drexel’s undergraduates participate in the Drexel Co-op program — our signature model of education that balances classroom theory with job experience. What does a Drexel co-op look like? In this regular feature, we ask Elliot Richards, who received funds through the Close School of Entrepreneurship’s Entrepreneurship Co-op to work on his own business plan, to show us. 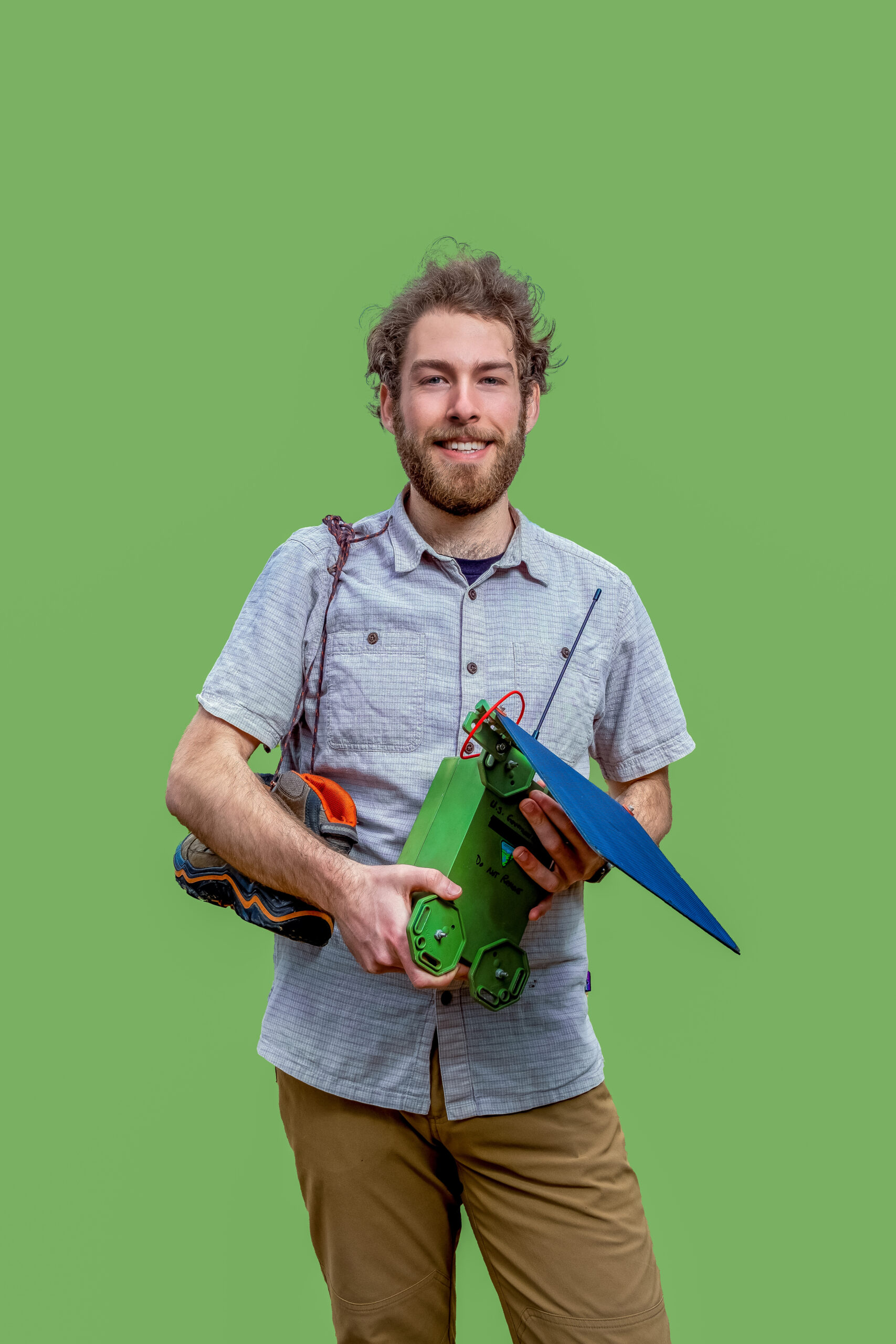 My co-op was a continuation of my work with a startup that I co-founded with a friend while in high school in Ithaca, New York. Outland Analytics’ product is a device we’re developing to monitor forests in real time for illegal logging. My grandfather was a forester, so I grew up working outside in forests with him, and I was tuned in to natural resource management. When I was a sophomore, we competed in the Drexel startup fest pitch competition. We came in first place and won $12,500, which pushed forward our prototype. Throughout the entrepreneurship co-op, we did pilot testing with the federal Bureau of Land Management and the New York State Department of Environmental Conservation in the Adirondack Mountains. Now, we’re working to move our system onto satellite networks. The idea is to have technology that can operate anywhere in the world.

Outland Analytics’ prototype is a cellular-connected acoustic monitoring device. It doesn’t have a formal name yet. It’s a solar-powered, rugged device that sits in a forest and uses a microphone to listen constantly for things like chainsaws or vehicles. When it detects something like that, a system transmits information over a cellular network and then we alert the end user.

You need to be patient and rigorous in testing a new technology. You need to take the time to move though all the motions of testing, development and design. That can be difficult because in a startup you need to balance that with a rapid timeline and dwindling funding. I got an appreciation for this balance that’s difficult to achieve in a startup, especially as a college student.