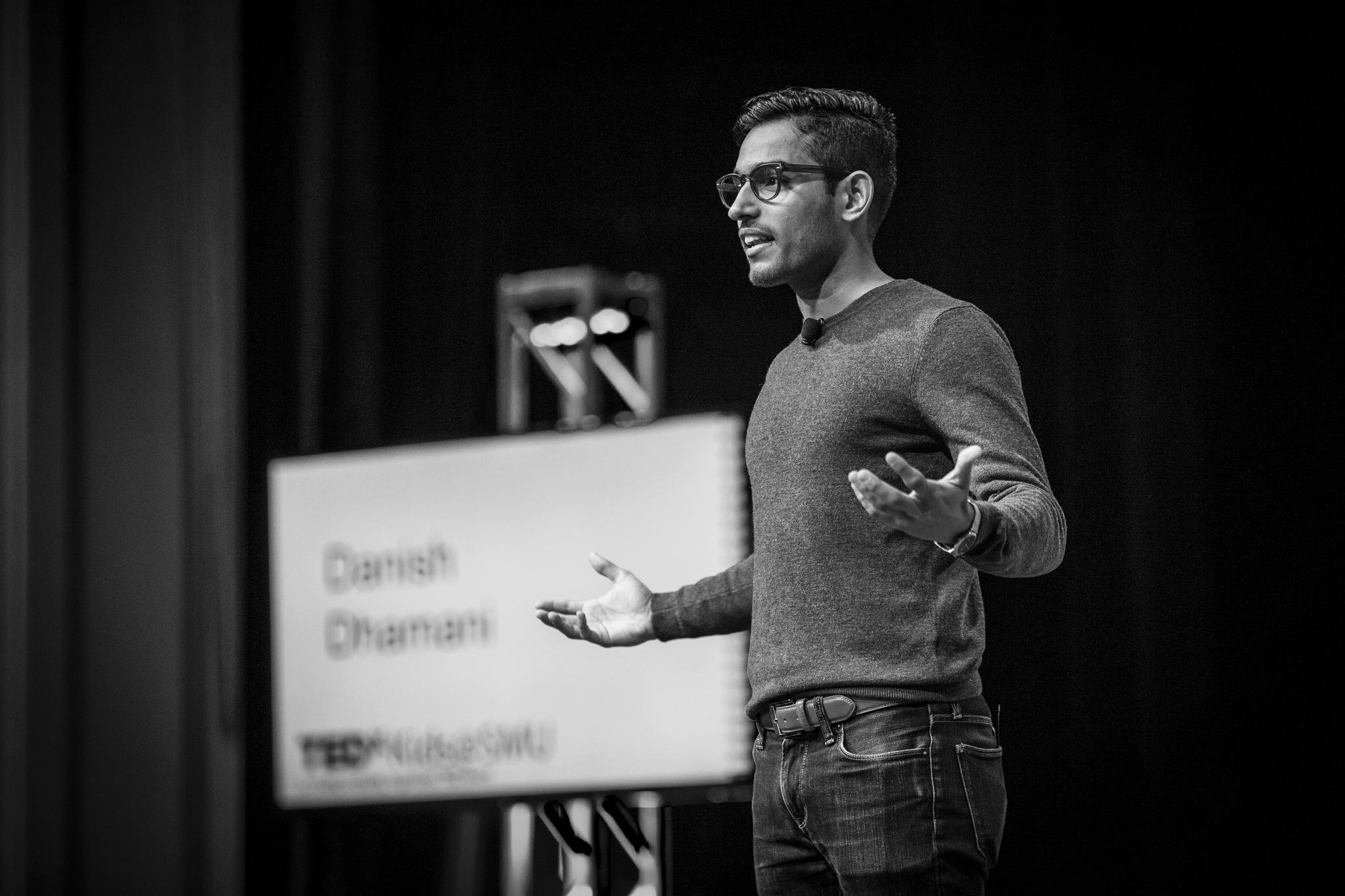 Danish Dhamani turned his greatest fear into his greatest success. A first-generation immigrant, Dhamani feared public speaking into adulthood. Finally, he turned to the Internet to learn the skill of confident communication. Dhamani enrolled in online courses, practiced in front of the mirror and even joined Toastmasters before his fears abated. “There had to be one simpler way,” Dhamani said in his 2017 TEDx Talk, “How I Overcame My Fear of Public Speaking,” which now has more than 2.6 million views. “What if every single person in the world, anywhere, had their own personal, on-demand speech coach?” Inspired to help others overcome this common fear, Dhamani and Drexel classmates Paritosh Gupta and Aasim Sani founded Orai, a speech coaching app that uses artificial intelligence to help users boost their confidence in their oratory skills. Four years later, the company has raised $2.3 million in seed funding and has accumulated 300,000 registered users. The three founders were featured in this year’s Forbes “30 Under 30.” Dhamani credits the Pennoni Honors College program at Drexel with motivating him to take classes beyond mechanical engineering, and he partly attributes his success today to that. “This played a huge role in my multidisciplinary skills,” he says, “and created a desire to look beyond a traditional engineering career after college.”

My Greatest Accomplishment: Depends. In a material sense, it’s building an A+ team and getting Orai off the ground (raising venture capital, making revenue, and improving the quality of life of tens of thousands of users). In a spiritual sense, it’s realizing that what we all seek is already within us (we just don’t know yet).

How Drexel Helped Me: In addition to the Pennoni Honors program, the co-op program. That’s where I realized that I’m not fit for a 9-to-5 job! And so I dropped my third co-op, graduated a year early, and founded Orai with my cofounder/roommate.

What Success Looks Like to Me: Success to me is like a two-sided coin — making material progress but also spiritual progress. Imagine my startup Orai gets acquired and I achieve financial freedom. To the world, I would be “successful.” However, most likely I would be unhappy and not content with life if I don’t make “spiritual” progress and balance the two. I believe that mental health problems are on a rise because of this imbalance between the material and the spiritual. I ask myself weekly: Am I happy? Am I content? Do I feel joy? If the answer is not an obvious yes, then the balance is off and some things/routines need to be reshuffled the next week.

How the Past Year Has Influenced Me: I was surprised by the number of people in my network for whom 2020 was a year of opportunity and growth. I came across many people who were happier (including me) by moving closer to family and/or being in the suburbs. This is the longest time I’ve spent as a young adult under the same roof as my parents, and it’s been wonderful! That said, I don’t want to discount or overlook the damage COVID has caused for many.

My Top Post-Pandemic Plan: The nomad lifestyle. When the remote work trend started mid-2020, I began dreaming of living/working in a different part of the globe every month. But many countries aren’t open yet to receiving tourists, so this plan is still on hold.