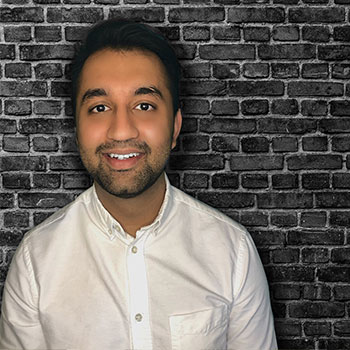 With $2 million raised through an initial coin offering and nearly 400,000 users of his cryptocurrency wallet, Sneh Bhatt is sold on the future of money.

The year 2013 was significant in Sneh Bhatt’s life for two reasons. For one, he graduated from Drexel with a dual background in both chemical and mechanical engineering, which put him in immediate high demand with employers. He jumped straight into the pharmaceutical world, and ended up doing automation engineering, which automates software processes, with AstraZeneca and Genetech.

It was also the year Bhatt starting buying bitcoin. In 2013, the then-fringe cryptocurrency rose for the first time above $100 a coin. It would later top out in 2017 near $20,000 before crashing and settling at around half its peak. (Bhatt says that while his investment helped him leave his 9-to-5 job, he wishes he’d bought more and sold less.)

Bhatt had coding experience, and he wanted to be part of the blockchain revolution.

Blockchain are digital pieces of information (blocks) strung together (chains) in a public database. One application for blockchain technology is that it serves as a public financial ledger for cryptocurrencies, such as bitcoin and ethereum, which are digital tokens (or “coins”) that can exchanged online for services or goods. Cyptocurrency transactions are recorded in blockchain anonymously and are seen as secure because of the transparency of the public ledger. The blockchain ledger isn’t controlled by any individual, corporation or government.

“It’s the natural evolution of the internet of things,” Bhatt says.

The change I’d most like to see in the world is…
“…a separation of centralized government-backed currency to a new decentralized global standard.”

Automation and blockchain work with the same fundamentals, Bhatt says, because they both revolve around the concept of “if this, then that.”

“That simple statement in a trustless decentralized system allows people to make peer-to-peer financial and judiciary actions using the blockchain without the need for a third-party overseer,” he says.

He served as technical advisor for a few cryptocurrency companies, then in 2017 he founded his own, called Monarch Blockchain Corp. (now known simply as Monarch).

Monarch now has more than 400,000 users. In July, Monarch wrapped up its token generation event (a kind of crowd funding where users invest in a company’s future by buying its digital coins, similar to how an initial stock offering works for corporations), which raised more than $2 million.

Proponents of cryptocurrency such as Bhatt see it as a way to financially empower people and free money from the value-distortions created by central banks. “We’re educating the world on how being unbanked is sometimes a good thing,” he says. Companies like Monarch allow people to “hold their own cash and manage their own money. No one can take it from them, even us.” — Jen A. Miller