Don’t We All Need a Superhero? 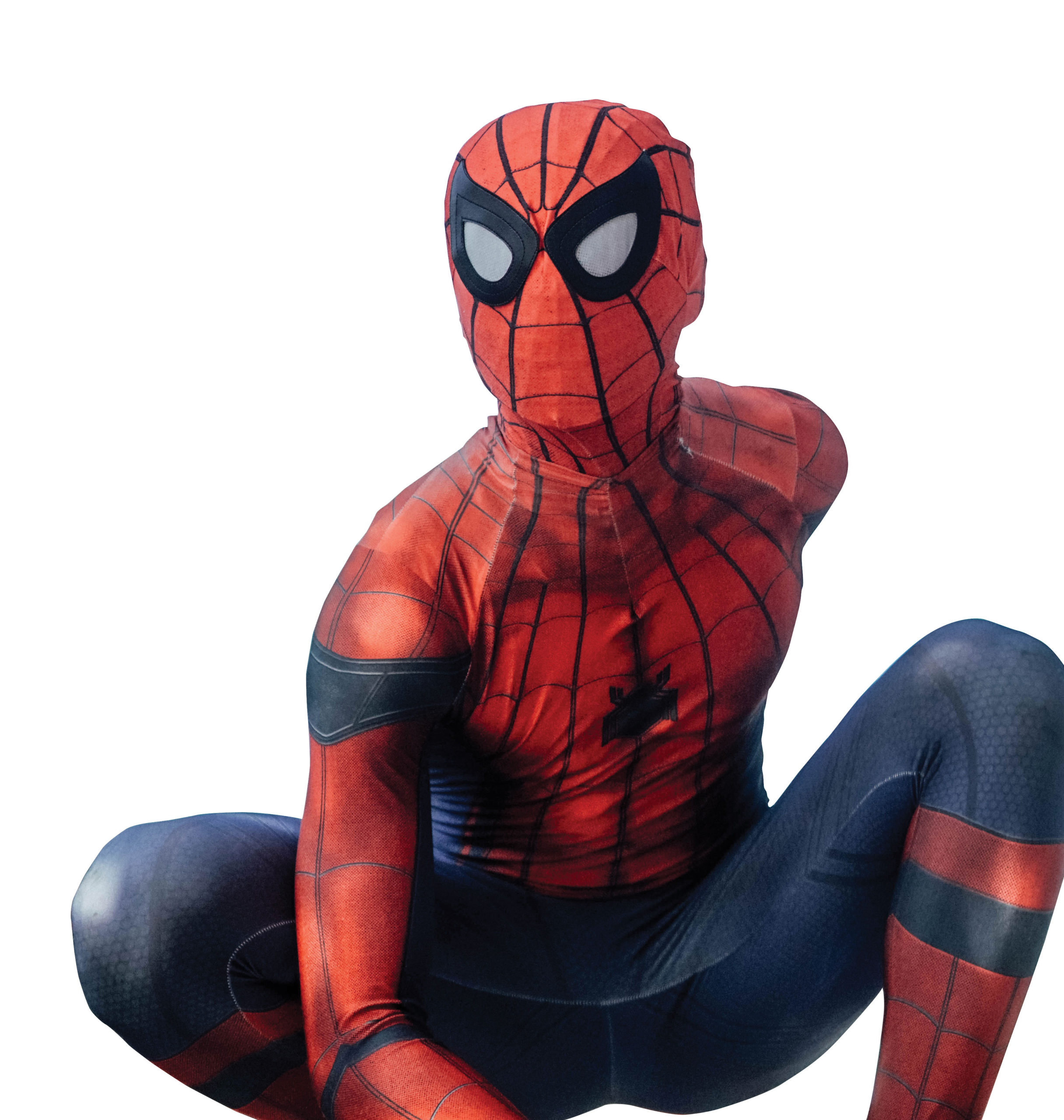 Don’t We All Need a Superhero?

The true identity of Drexel Spidey — a masked superhero known around campus for his spur-of-the-moment dance offs and shared selfies — isn’t widely known, and won’t be revealed here.

All we will say is that he’s a third-year student from the Westphal College of Media Arts & Design, and he’s been spinning his magic around Drexel since 2018, when he first donned the red and blue Spider-Man costume in his freshman year. That year, a video on Instagram of him dancing with a fellow student in the Korman Quad went viral.

Since then, he’s been making regular appearances on campus with one goal in mind.

“I want to make people’s day,” he says. “I love spreading good energy and making people laugh — it’s what I do.”

Drexel Spidey says he also enjoys personifying the Marvel character as a way to represent and bring recognition to Drexel. His mom is an alumna of the University, and he himself is attending on a full scholarship after excelling in high school despite coming from a “struggling background,” he says.

“I’m able to take those experiences from growing up to appreciate what I have now and cherish the good things I have in my life and where I come from, to know that I never want to be in that position again,” Spidey says. “It motivates me to work harder and do my best to keep a positive mentality and spread positive vibes as much as I can to the community, which is what inspires Drexel Spidey.”

Although some of his peers know his true identity, he doesn’t plan to come out publicly any time soon. He wants to keep the mystery alive, at least until he graduates.

“I just thought this would be a cool thing that comes out of my college experience,” he says. “But one day I do plan on just like going, ‘Hey, I’m the guy who’s been dancing around as Spider-Man.’”

Scholarships and financial aid help heros to rise and flourish on campus.