A City Keeps Its Distance

In 14 days in March, our region went from discovering its first cases of SARS-CoV-2 infection to a statewide lockdown — here’s how Drexel adapted. 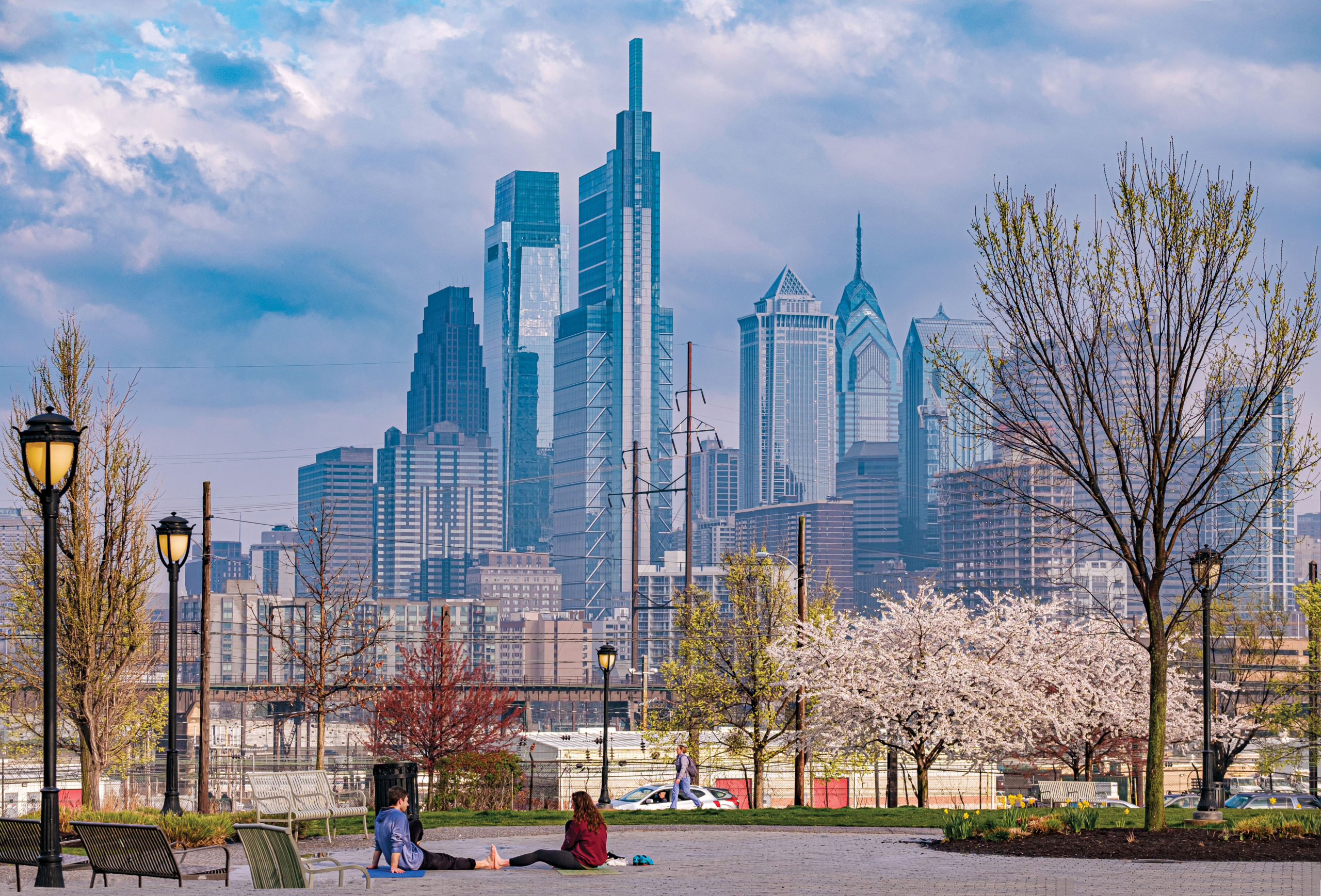 A City Keeps Its Distance

The New Year began with travel warnings about a new virus spreading rapidly in China, but the threat felt remote and unthinkable.

Alarms bells began ringing Friday, March 6, when the first two cases of the new coronavirus disease were confirmed in the state. Even then, the infections seemed far away in Wayne and Delaware counties, and the two affected individuals could trace their infections to travel or a known exposure. It felt like we had more time. Then just four days later, Philadelphia reported its first case. The city cancelled its annual St. Patrick’s Day Parade.

The following Monday began normally, but higher education administrators across the city had learned that grade schools were considering closure. The next day, the large Lower Merion School District outside of Philadelphia announced it would suspend classes for all grades. From that day on, circumstances changed dramatically day by day. 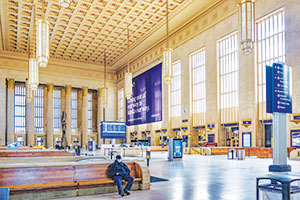 The normally busy heart of 30th Street Station was quiet.

Grade schools did not reopen and many other businesses suspended operations. By the end of the week, faculty and administrators who had for years urged their students to embrace adaptability and resourcefulness found themselves living their own lesson plans. Drexel’s final exams were moved online, all students were instructed to pack up and begin heading home, and faculty and staff began to work remotely. Study abroad, international co-ops and faculty travel were the first programs to be suspended, followed by cancellations of campus events, most research lab work, clinical rotations, all athletic programs and Alumni Weekend.

Almost overnight, alumni and friends of Drexel pitched in tens of thousands of dollars to an emergency fund to help newly uprooted students with move-out expenses. Drexel waived $11 million of spring quarter room and board charges for students in campus residences.

It took just two weeks for Pennsylvania to go from its first case to total lockdown, with all but life-sustaining businesses ordered to close by order of Governor Tom Wolf as of March 20. By 5 p.m. that night, Main Building was silent except for the buzz of floor scrubbers deep cleaning Great Court. 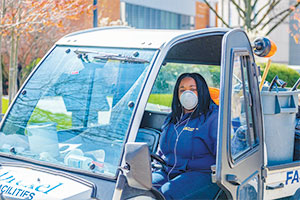 On the same day that the campus shut down, Drexel learned of its first case of a student diagnosed with COVID-19, who was recovering at home. The next day, another student was confirmed positive. Two doctors affiliated with Drexel’s St. Christopher’s Hospital for Children were also infected by that time. The rapid decisions of the previous two weeks had undoubtedly prevented infections. In fact, a later study by Drexel’s Urban Health Collaborative estimated the shutdown saved 7,100 lives and reduced hospitalizations by 68,000 between March 20 and May 22.

The last time campus closed for public health reasons was during the Spanish flu outbreak of 1918. During a parade in late September 1918, thousands of people in Philadelphia became infected by a virus that had originated in the American Midwest. The virus spread to Europe with American troops fighting World War I and then returned stateside with a vengeance. During the flu pandemic, Philadelphia was the hardest-hit city in the United States, and the Drexel Institute of Art, Science and Industry, as it was then known, delayed its fall term until Oct. 21. 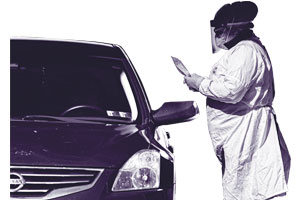 In South Philadelphia, cars lined up at a drive-thru testing site outside Citizens Bank Park.

Today, Drexel is much larger and more complex, with 24,000 students and thousands of faculty and staff, but it has more options, too. Online learning and remote work platforms mean University life can adapt faster than any virus.

“This is a difficult time for all of us, full of many uncertainties,” said President John Fry. “However, we are resilient and resourceful. Already, with so many working together, we have mobilized to ensure the continuity of research and educational programs and the continued well-being of our community.”

Drexel swiftly parlayed its 25 years of experience in online education into converting face-to-face final exams and courses into virtual classrooms. For spring term, Drexel’s Information Technology teams created more than 9,000 Zoom accounts, began supporting around 1,000 class meetings a day, tripled the number of training sessions offered to faculty, and loaned out over 100 laptops. 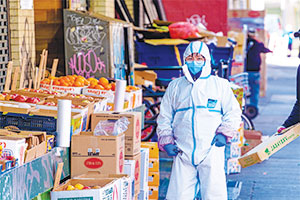 A grocery store employee suited up in Chinatown.

Meanwhile, the vast majority of the professional staff smoothly transitioned to remote work thanks to a limited flexible workplace policy established several years before.

Whatever comes next, the Drexel community will weather it. In the meantime, Drexel Magazine’s message to alumni is to stay safe, scrub hands, and take care of vulnerable friends, family and neighbors. We’re all in this together, and the only way we’re getting out of it is together.