Every year, more than 5,700 students discover their careers through the Drexel Co-op program — a signature model of education that balances classroom theory with job experience within a buzzing network of nearly 1,700 co-op employers in 51 countries. What does a Drexel co-op look like? In this regular feature, we ask a student fresh off a recent co-op to show us. 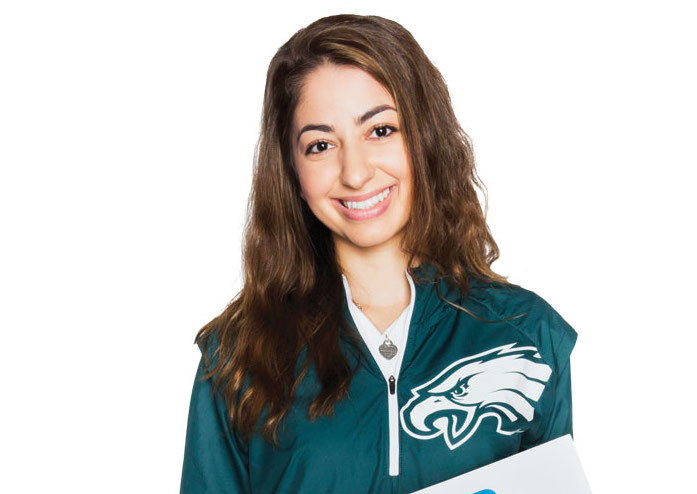 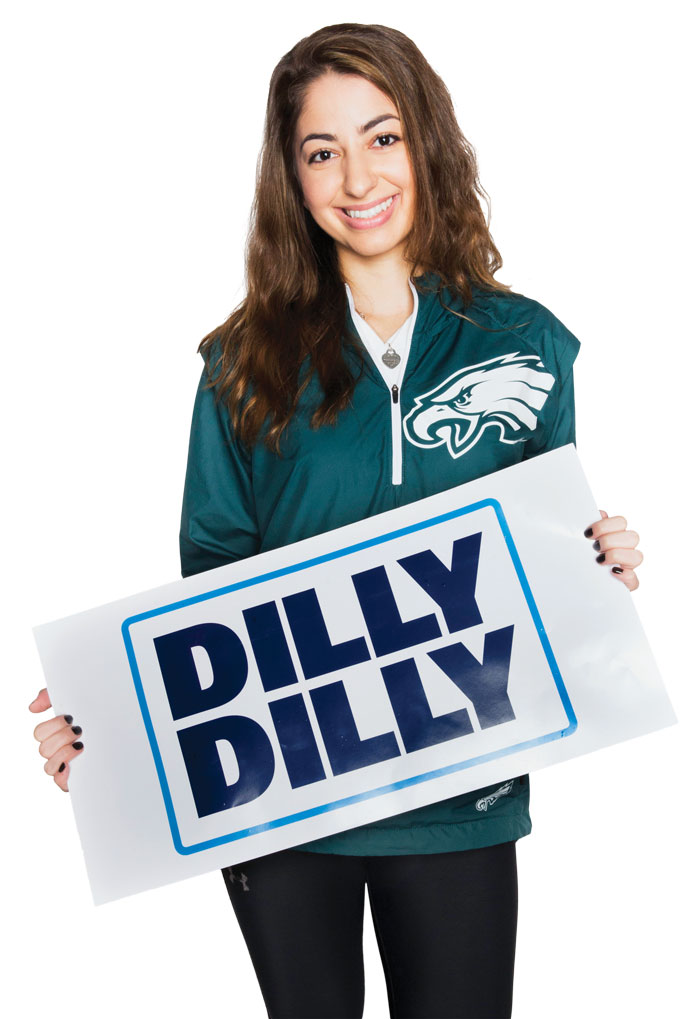 As an intern in the marketing department for the Philadelphia Eagles, I helped to promote the team when they won the Super Bowl. I manage our marketing inbox that’s open to fans who want to reach out to us with questions or requests. I do a lot of organizing with autographed inventory. It’s a lot of different research projects and, during the season, a lot of game-day preparations. We have this countdown script of the times, down to the second, that things happen. I’m in charge of creating that and distributing it to the departments.

It still gives me the chills to talk about, to be able to say that I went to the Super Bowl, that I saw my team that I’ve been a huge fan of since I was little. It’s insane.

Things will get thrown at you that you sometimes don’t have the answer to, and you don’t even know where to start, but you have to figure it out. Even if the first thing that you want to do is go ask for help, there’s definitely a lot of critical thinking and attention to detail and just playing out the different possibilities and outcomes before going to somebody else.

I actually don’t know that I want to do marketing. I’ve taken a little bit of an interest in other departments that I’ve been exposed to just because I’m in the company. Community relations is interesting to me, because you’re more working with the players at appearances, or public relations, looking at the way the media look at the team. I definitely want to be with an NFL team.

“Dilly Dilly” comes from the Bud Light TV ad campaign that started airing in August. It basically means “cheers.” It was definitely a huge part of the organization come playoffs, because when we were planning for the in-game things that pop up on the screen, “Dilly Dilly” was supposed to come up after a big play. Fans utterly loved it. So we just implemented it in the game: Great plays, put up “Dilly Dilly!”