University City Campus has been alive with construction over the past year as new buildings rise and others get much-needed facelifts — with a number of major projects finishing this fall. Don’t get lost on your next visit. Here’s your guide to what’s new and what’s coming soon. 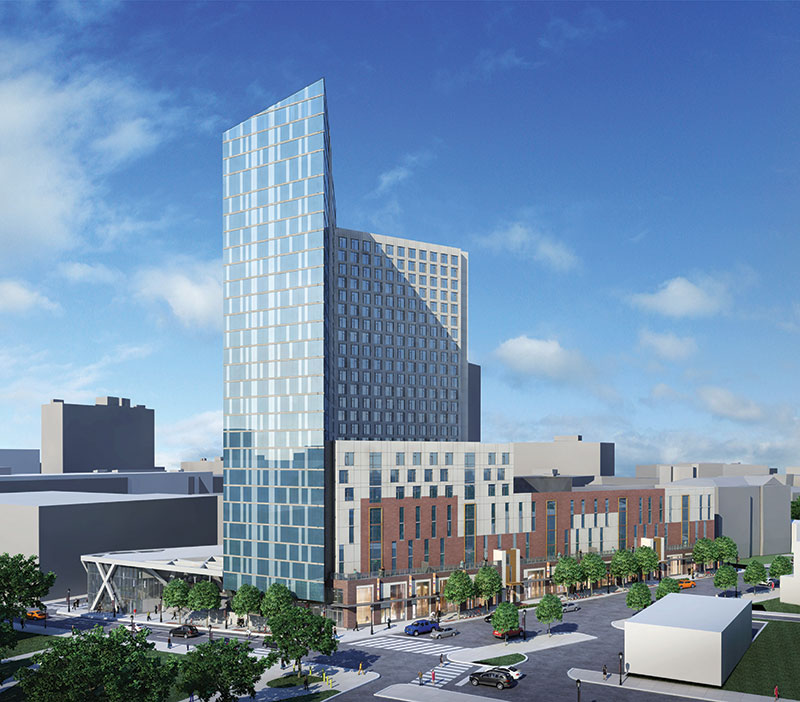 In late summer, Drexel began decommissioning the site of the Frederic O. Hess Laboratory at the intersection of 34th Street and Lancaster Avenue in preparation for the fall groundbreaking of a stunning new mixed-use, 24-story building that will house market-rate residences, a 16,000-square-foot dining hall and 20,000 square feet of retail and restaurants. The $168 million project will be the biggest on campus and will expand the number of University beds by more than 1,300 when it opens in fall 2015. 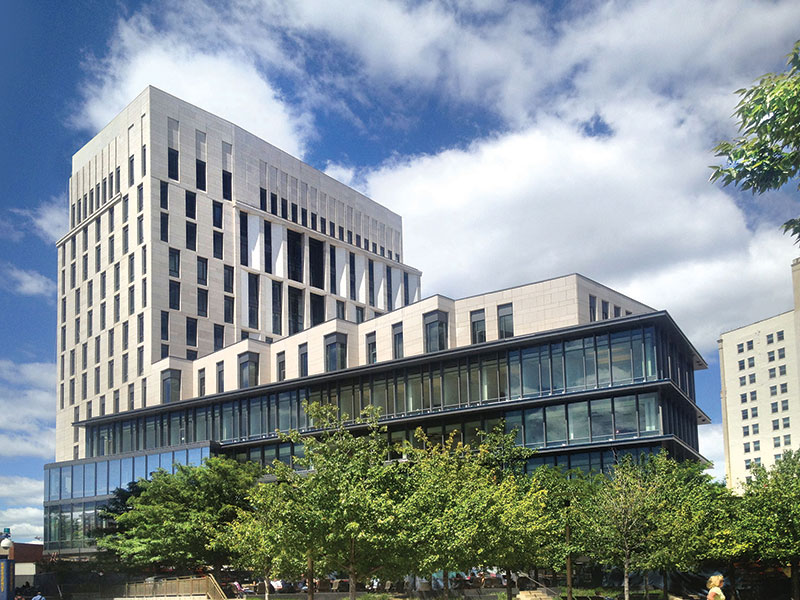 The impressive new home of LeBow College of Business celebrated its grand opening nine months ahead of schedule on Oct. 3 with Bennett LeBow and Gov. Tom Corbett in attendance. Students got their first glimpse of the modern, fully wired space in September, when the first six floors opened for classes. Office space for administrators and professors will open in December. And, yes, there’s a Starbucks (full service, no less). 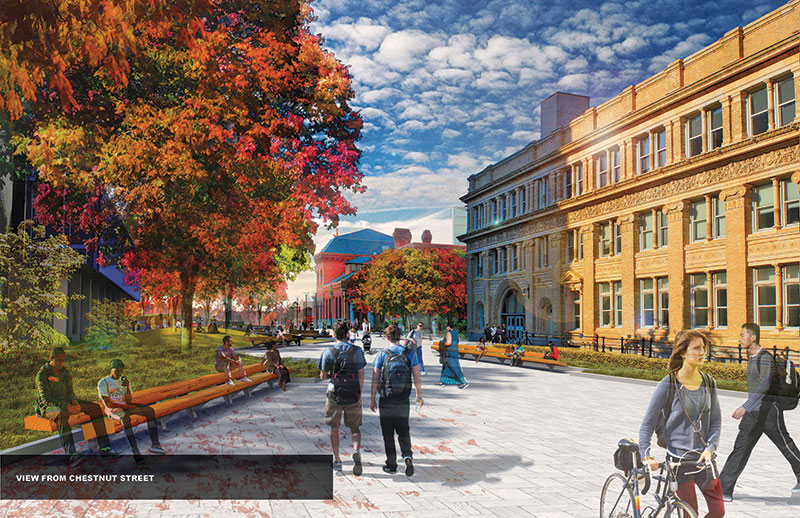 This summer, builders demolished concrete abutments in Perelman Plaza to make way for an elegant, tree-lined outdoor social gathering space connecting the LeBow building with new residences and retail at Chestnut Square. The first phase will create a new 750-person seating area between Bossone Research Enterprise Center and the Paul Peck Center that will be Drexel’s first large outdoor event space. The remainder of the renovations will be complete by spring. 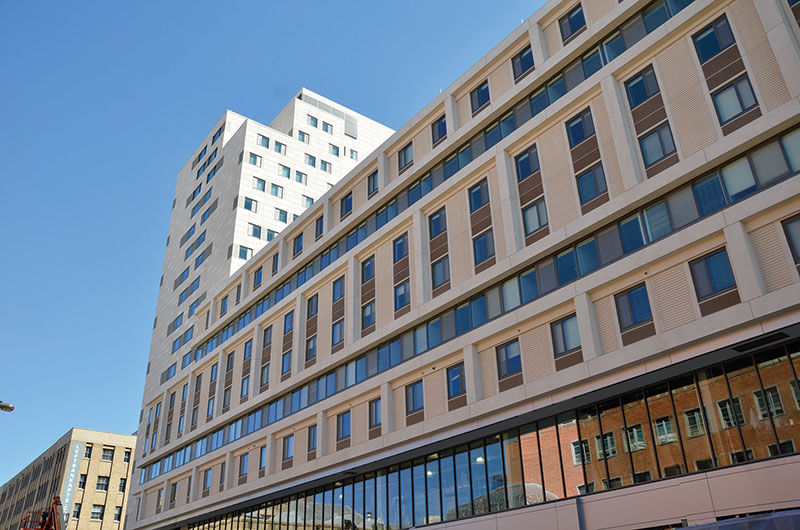 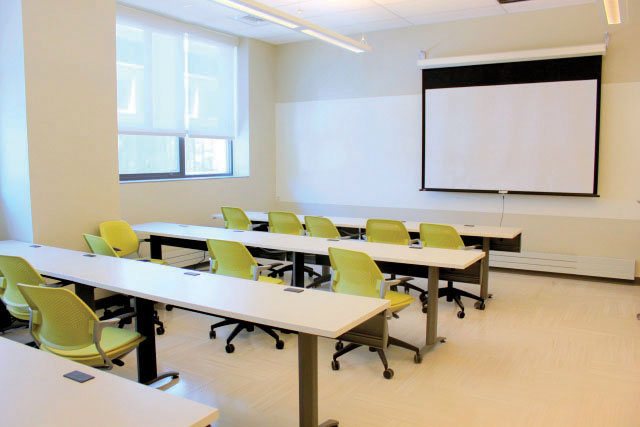 Renovations to the ’50s-era building made it possible to consolidate the Department of Psychology here in September. Previously, the nationally ranked department was split among three separate buildings. 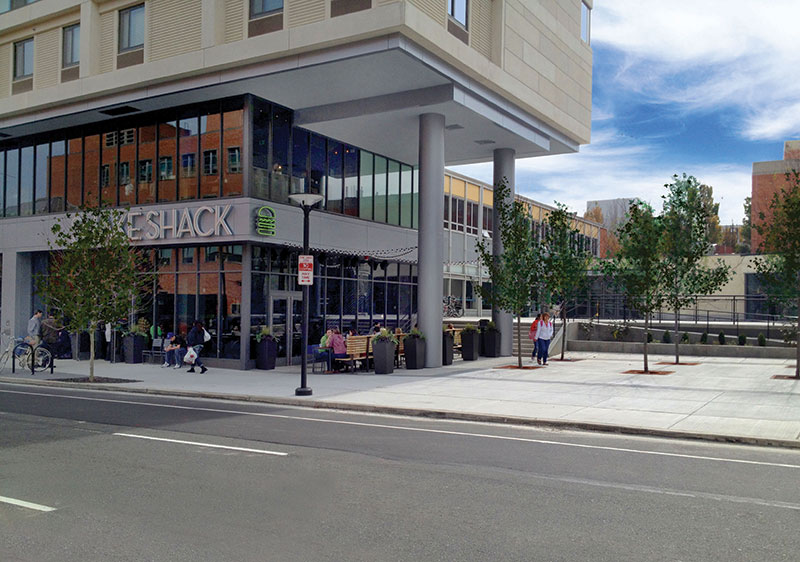 The student dining center has a new, cylindrical glass courtyard entrance rebuilt by Spring Garden Construction and there is an adjoining new vegetarian café, Vegetate. 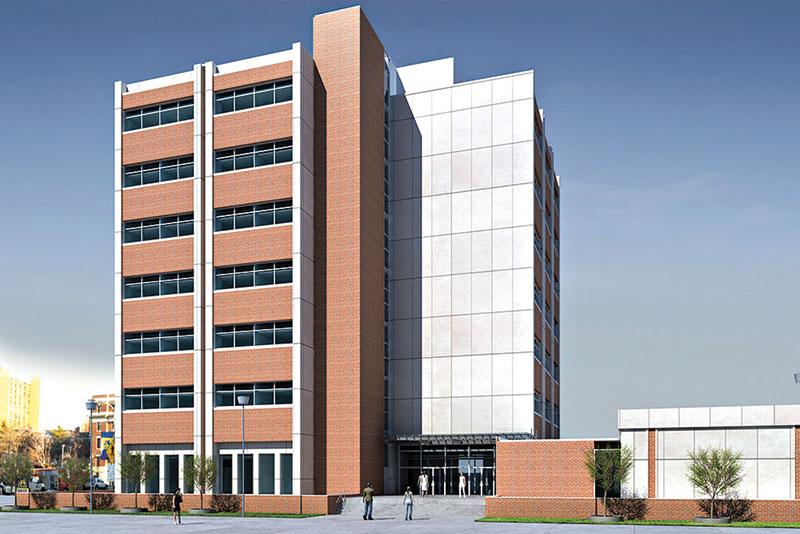 Drexel’s School of Public Health is getting a new dean and a new home on the freshly renovated floors two through seven of Nesbitt Hall in December, with renovation of the 328-seat auditorium on the main floor coming next summer. The building will feature Drexel’s first private room designed for nursing mothers.